Here are the most popular mermaid movies to watch! Whether it be black and white or color, we all are or were a fan of mermaid movies at one point in life. To date, we have various mermaid movies and television shows available in different languages with different genres such as H2O, The Little Mermaid 2018, Aquaman 2018, Scales: Mermaid Are Real, Mermaid Down, Barbie The Pearl Princess, A Mermaid in Paris, and so on. The mermaid theme has caught the eyes of views since back in days with the black and white mermaid movies that include Miranda, Peter Pan 1924, Under the Seas, Queen of the Sea, etc.

In recent years, the mermaid theme blends with different genres, creating some unique, fresh storyline intriguing audience such as The Lure, Mermaid Chronicles Part 1: She Creature, Night Tide, Mermaid 2018, etc. It does not matter which genre, but we all love watching fantasy creatures of ocean mermaid movies. Thus, we have brought you some of the most popular mermaid movies. Before proceeding, note that the following list only contains films and no television series. Also, it may not include all popular mermaid movies. Take a look at the list and see which one you have missed adding to your mermaid movie watchlist.

Most Popular Mermaid Movies To Watch

On the most popular mermaid movies list, we have here the 1948 Miranda. Miranda is a black and white British comedy film directed by Ken Annakin and written by Peter Blackmore starring Glynis Johns, Googie Withers, Griffith Jones, Margaret Rutherford, John McCallum, and David Tomlinson. The movie is adapted from the play of the same title by Peter Blackmore. The film revolves around a beautiful and playful mermaid Miranda. The story follows as a young married doctor discovers her and shows how he cares for her. It is a light comedy-romance film that shows Miranda’s beauty effects on men and women as she carelessly flirts with and flatters every man she encounters. The movie was a kickstart for generating interest in the mermaid movie. Thus, Miranda has made it on the list. 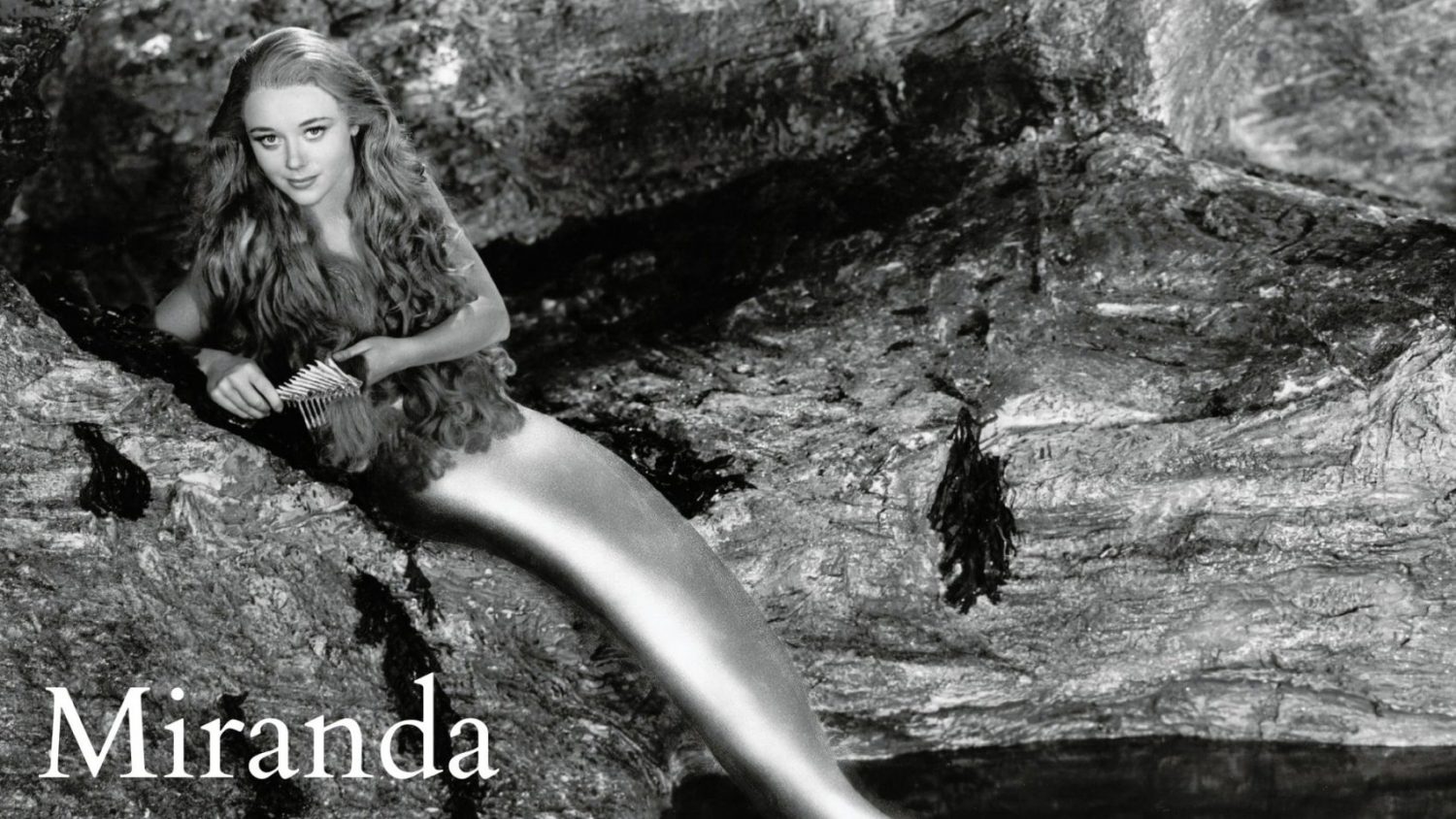 The 2006 Lady in the Water has made it to our list of most popular mermaid movies. It is an American fantasy psychological thriller film written, produced, and directed by M. Night Shyamalan starring Paul Giamatti, Bryce Dallas Howard, Bob Balaban, Jeffrey Wright, Sarita Choudhary, Freddy Rodriguez, Bill Irwin, and Jared Harris. Lady in the Water follows the story of the superintendent of an apartment complex, Cleveland Heep, as he rescues a young woman from the swimming pool he maintains. Slowly, he discovers that the young woman is a character from a bedtime story, a water nymph. However, her life is in danger. Now he and his tenants try to protect his new friend from the mystical creature that attempts to keep her from returning to her watery ‘blue world.’

Chinese Hong Kong romantic comedy fantasy film The Mermaid 2016 is on the list of popular mermaid movies. The movie is co-written, produced, and directed by Stephen Chow, starring Deng Chao, Lin Yun, Show Lo, and Zhang Yuqi. The story of the two beings from different worlds who race against destiny for their love. The film revolves around a mermaid named Shan, who is sent to assassinate Xuan, a playboy businessman responsible for polluting their part of the ocean. Eventually, the two end up fall in love with each other. Their journey turns more action-adventures as they battle against nature. Thus, the box office hit The Mermaid 2016 is on the list. 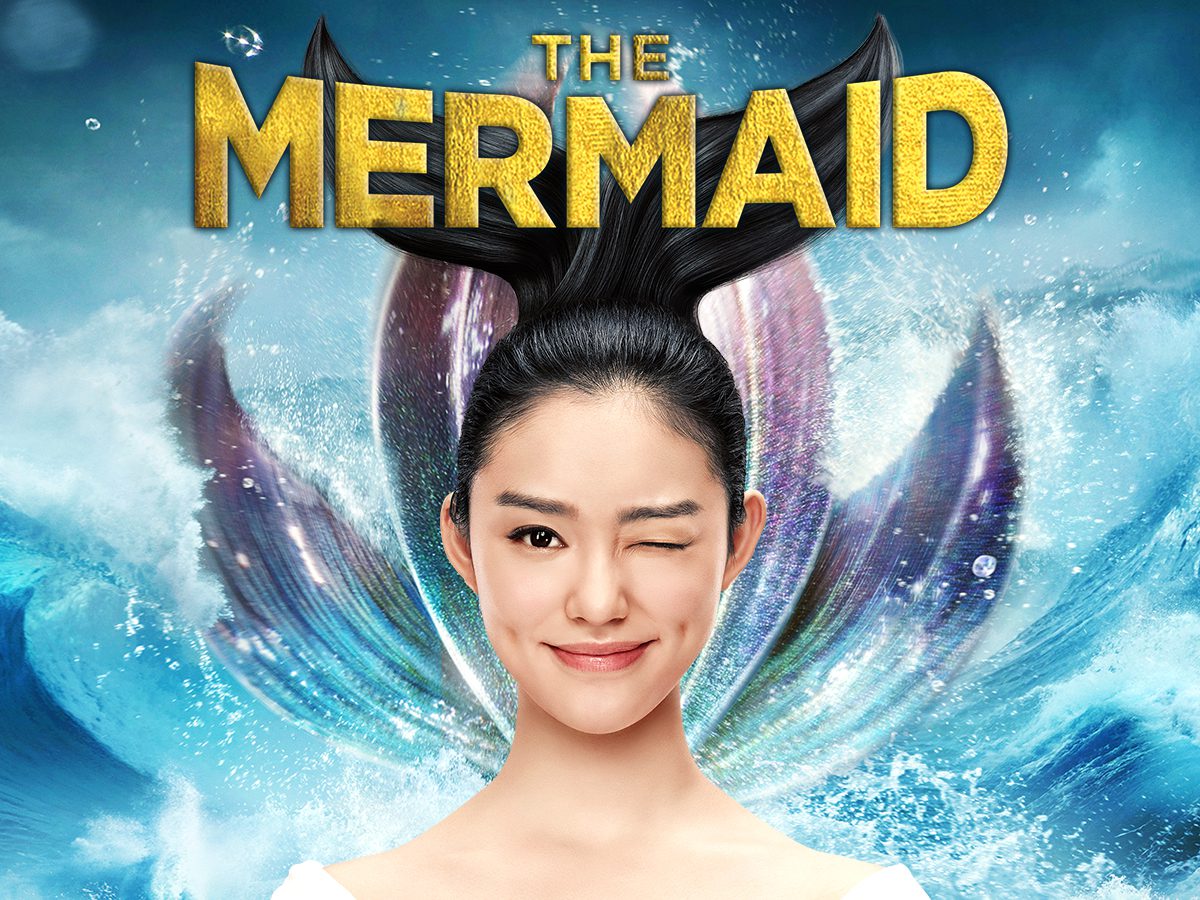 The 2015 musical thriller The Lure has made it on the most popular mermaid movies list. The Lure is a Polish horror musical film directed by Agnieszka Smoczyńska and written by Robert Bolesto starring Marta Mazurek, Michalina Olszańska, Kinga Preis, Jakub Gierszal, Andrzej Konopka, Zygmunt Malanowicz etc. The Lure revolves around a pair of mermaid sisters who appear from the water and perform in a nightclub. Whereas one falls in love with a man, gives up her tail, and loses her voice in the process, the other is bloodthirsty on the human inhabitants of the city of Warsaw. The film has done excellent work in showcasing the different, darker side of the beautiful creature of the ocean, the mermaids. Such an intriguing movie is on the list of top mermaid movies.

The Japanese animated fantasy film Ponyo 2008 is on the list of top popular mermaid movies. Ponyo is written and directed by Hayao Miyazaki, voices given by Tomoko Yamaguchi, Kazushige Nagashima, Yuki Amami, George Tokoro, Rumi Hiiragi, Akiko Yano, Kazuko Yoshiyuki, etc. The film revolves around a goldfish named Ponyo who escapes from the ocean and is washed ashore while trapped in a glass jar. A five-year-old human boy Sosuke rescues her. The two forge a strong bond over the period while dealing with resolving Ponyo’s wish to become a human girl against the overwhelming circumstances brought about by her acquisition and use of magic. Ponyo is simplistic without any major villain movie to enjoy reminiscing your childhood phase.

Here comes another golden fantasy, the 1953 Peter Pan. It is an American fantasy adventure animated movie directed by Clyde Geronimi, Wilfred Jackson, and Hamilton Luske. Peter Pan is based on the 1904 play Peter Pan or The Boy Who Wouldn’t Grow Up by J. M. Barrie and is produced by Walt Disney Production. It stars Bobby Driscoll, Kathryn Beaumont, Hans Conried, Paul Collins, etc. The story revolves around Peter Pan and his friend Tinker Bell, a fairy, whisk away Wendy and her brothers to the magical world of Neverland.

They meet some mermaids whose tails shine like stars and wear starfish as hair accessories. But their real adventure begins when they encounter Captain Hook, who seeks revenge against Peter for cutting off his hand. Thus, the adventure fantasy Peter Pan has made it on the list of popular mermaid films. 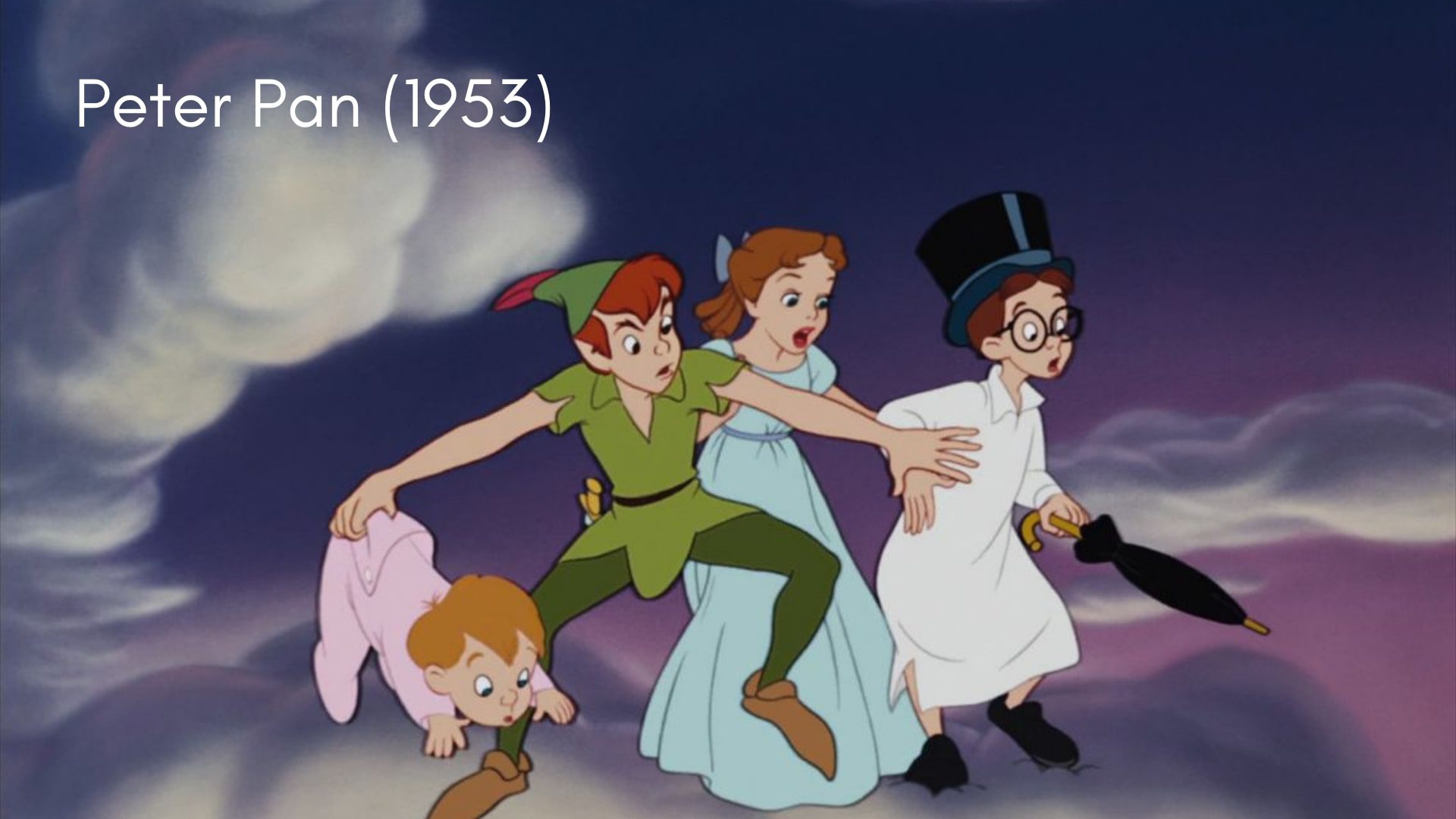 The 2006 Aquamarine has been placed on the most popular mermaid movies. Aquamarine is an American fantasy rom-com film directed by Elizabeth Allen and written by John Quaintance and Jessica Bendinger. It is loosely based on the 2001 young adult novel of the same title by Alice Hoffman. The movie stars Emma Roberts, Joanna “JoJo” Levesque, Sara Paxton, Jake McDorman, Arielle Kebbel, Claudia Karvan, Bruce Spence, etc. Aquamarine is a story of a mermaid who gets stranded at a beach resort where she falls in love with a handsome lifeguard. The mermaid befriends two town girls and gets their help to win the charming lifeguard’s heart in exchange for a wish. The coming-of-age fantasy romance Aquamarine lies in most of our childhood memories. 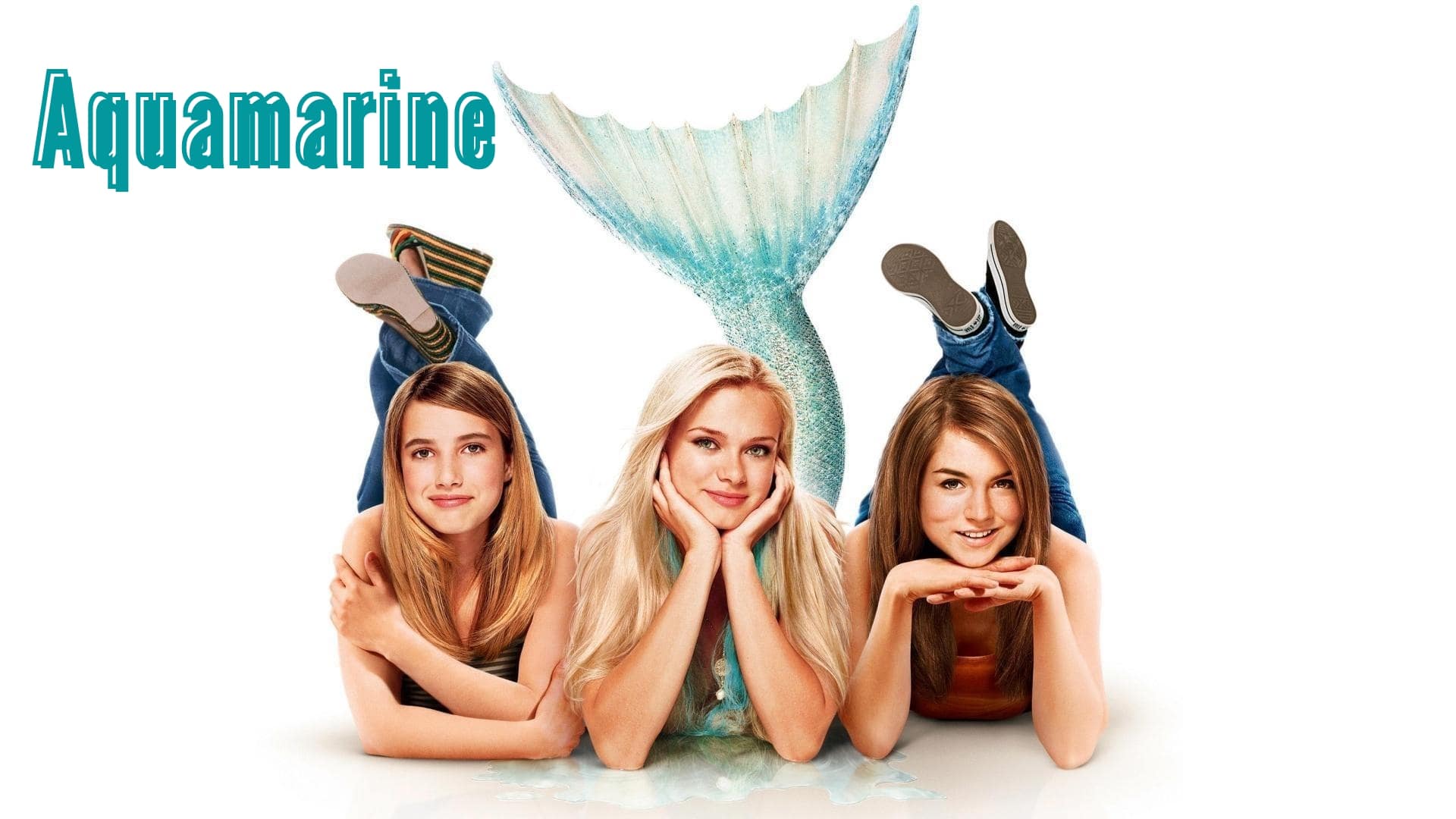 Also Read: Where is Mix Up in the Mediterranean Filmed?

The comedy-drama Disney Channel Original Movie (DCOM) The Thirteenth Year is one of the top most movies on the mermaid movies list. The Thirteenth Year is directed by Duwayne Dunham, released in 1999 on Disney Channel. The film stars Chez Starbuck, Justin Jon Ross, Courtnee Draper, Brent Briscoe, Tim Redwine, Dave Coulier, etc. The Thirteenth Year is the story of a boy, Cody Griffin, who begins to grow fins and slimy scales on his thirteenth birthday. His ordinary life as a star swimmer and having family turns upside down after learning his birth mother is a mermaid. From there, the newly emerged merman journey begins as he learns who are his true friends and love blooms once again in his life. If you want to watch some light comedy with a merman theme, the film is a perfect match for you! 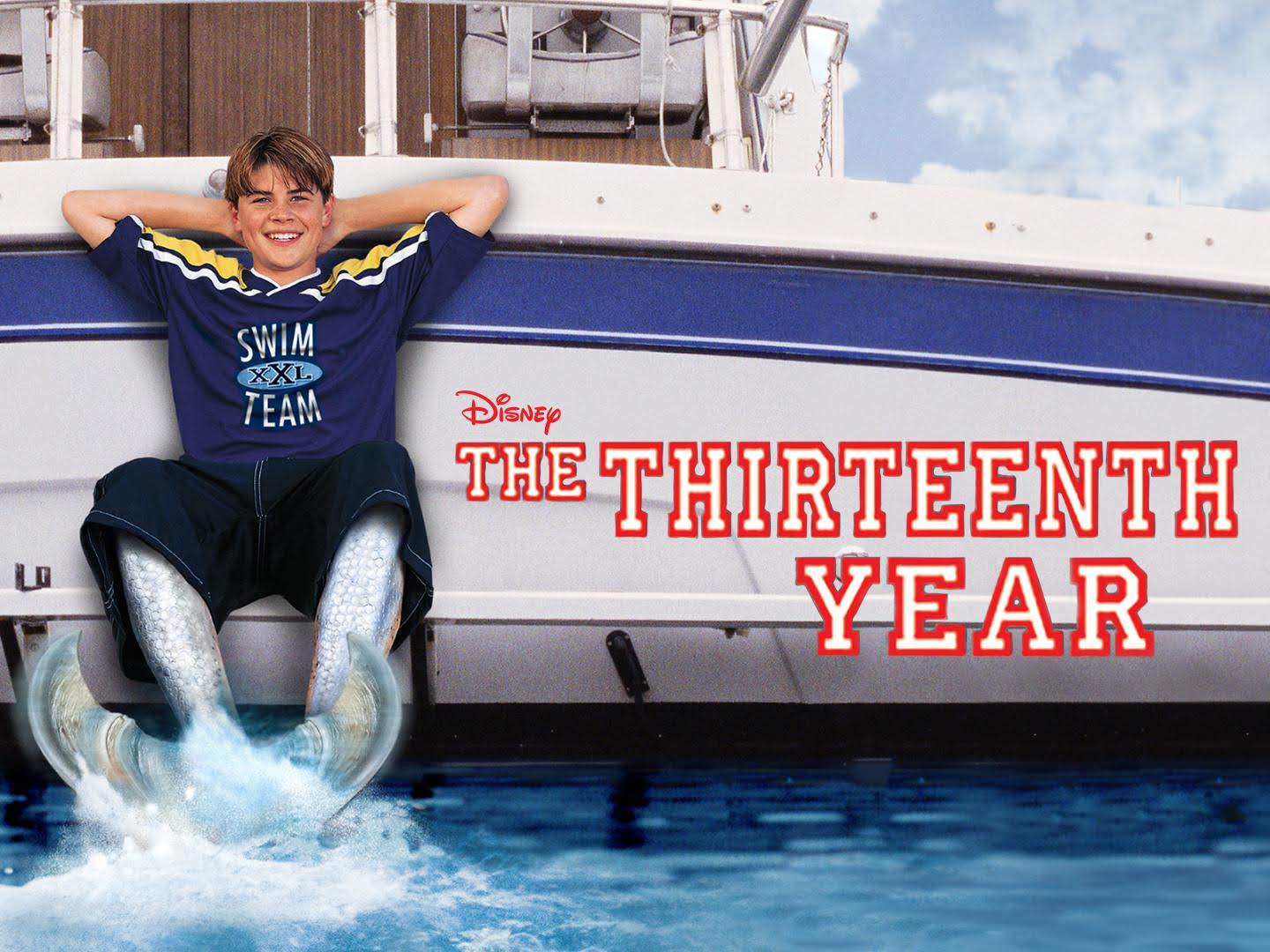 The 1984 American fantasy rom-com Splash has secured the second position on most popular mermaid movies. The film is directed by Ron Howard and written by Lowell Ganz and Babaloo Mandel starring Tom Hanks, Daryl Hannah, John Candy, Eugene Levy, Doby Goodman, Shecky Greene, etc. Splash is a classic mermaid love story, where a young man Allen encounters a mysterious woman who saved him twice, once when he was younger and again years later. The mysterious woman turns out to be the creature of the ocean, a mermaid, who grows legs after her tail dries. The two fall in love with each other, but the mermaid has a secret that threatens to leak if she gets her legs wet. A perfect lightheaded fantasy romance comedy to add to your watchlist if you have not watched it yet. 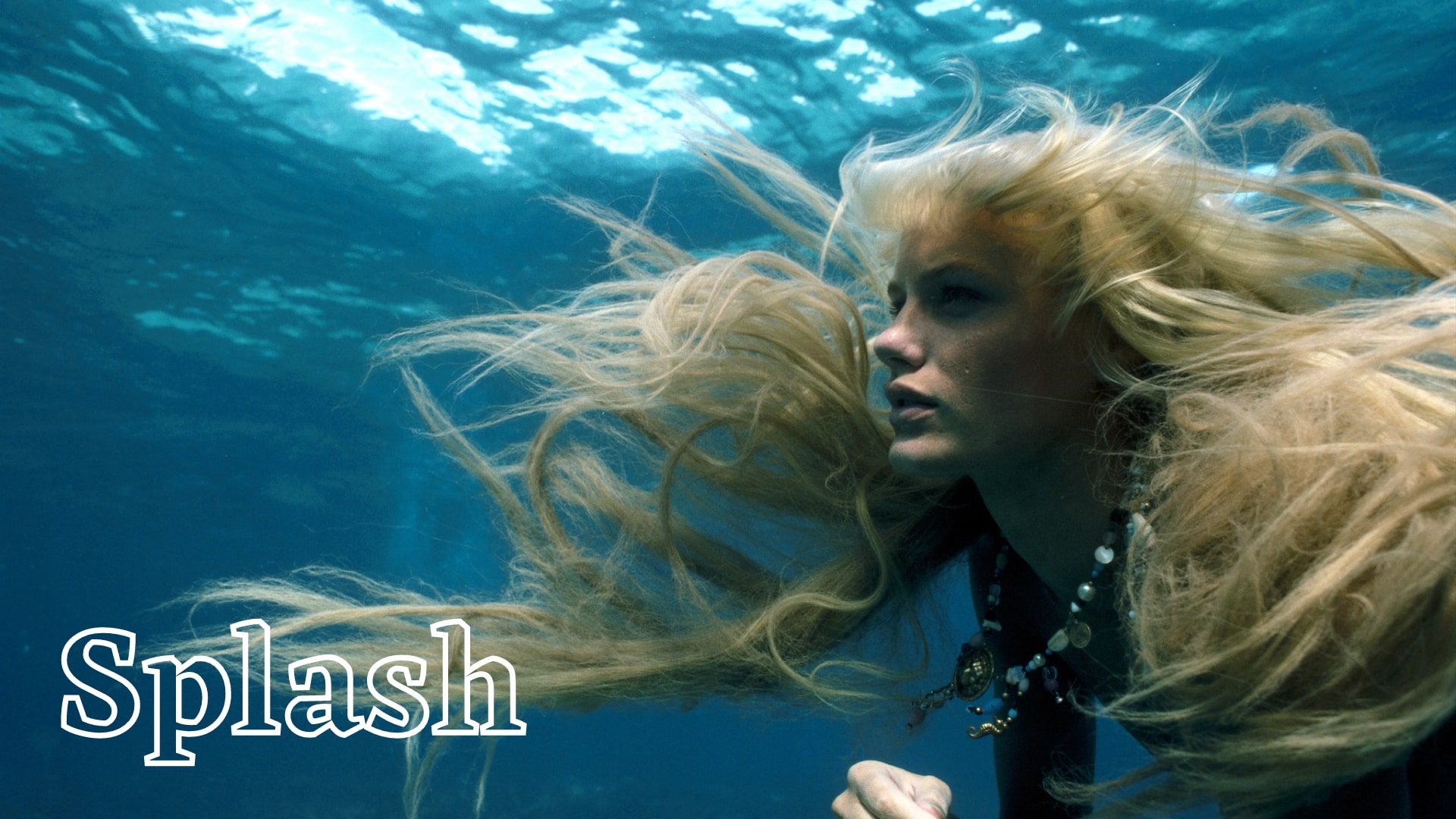 That leads her to an adventure journey where she makes a taboo deal with the wicked sea witch Ursula to become human and be with her prince. In exchange, she loses her melody-like voice, and to get back her voice; she must be kissed by her true love. Will prince Erin be her true love? We all know how the story ends! Thus, the classic animated mermaid film The Little Mermaid has secured the top position on the list.

Also Read: How Many Harry Potter Movies are there?