Actor, Mofe Duncan reveals why being famous is a curse

Nollywood actor, Mofe Duncan has revealed why being a celebrity is a curse.

The actor took to his Instagram account to lament the hike in the prices of food stuffs, adding that he just bought a bunch of 4 plantain for 6,000 Naira.

Following the development, social media users were skeptical and questioned his claim.

Some also accused him of making it up just because he wanted to trend and remain relevant on social media.

Reacting, the actor returned to Instagram to complain about the scrutiny he was subjected to by social media users claiming that he lied about the price of the plantain.

He added that being a celebrity is a curse sometimes as he has to filter whatever he’s posting, and even then, it still gets dissected and discussed.

“Its crazy though, they weren’t there o but yet they are so sure of the facts.

“Everything you do is questioned and dissected. You scrutinize every post you’re about to put up because you have to be sure its not blog worthy.

“After driving 1hr to find plantain, N6000 was a small token to pay for my own happiness, yet I de lie.

“Being famous is a curse sometimes,” he wrote. 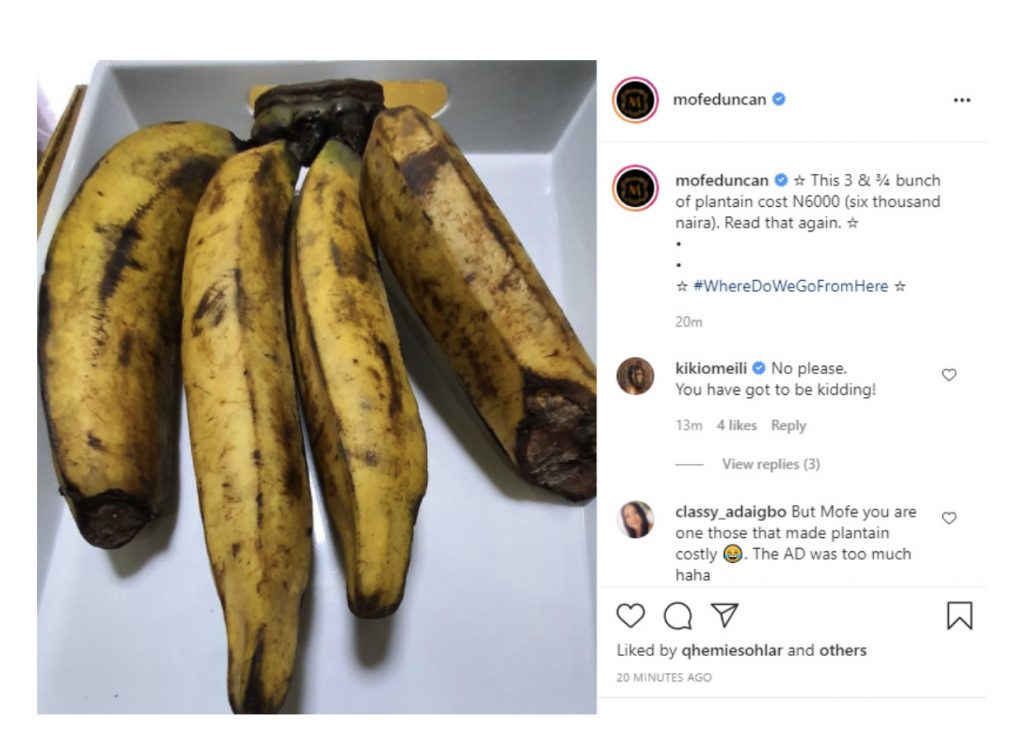 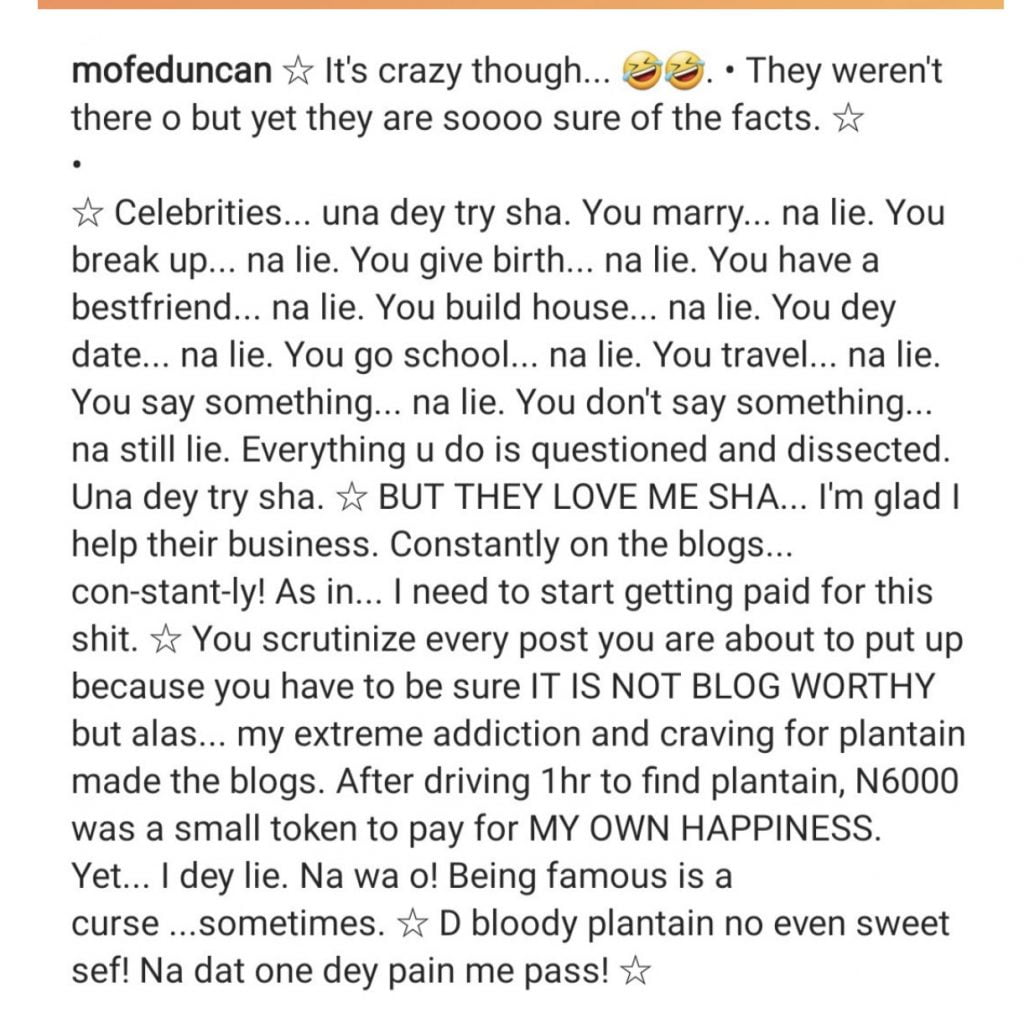