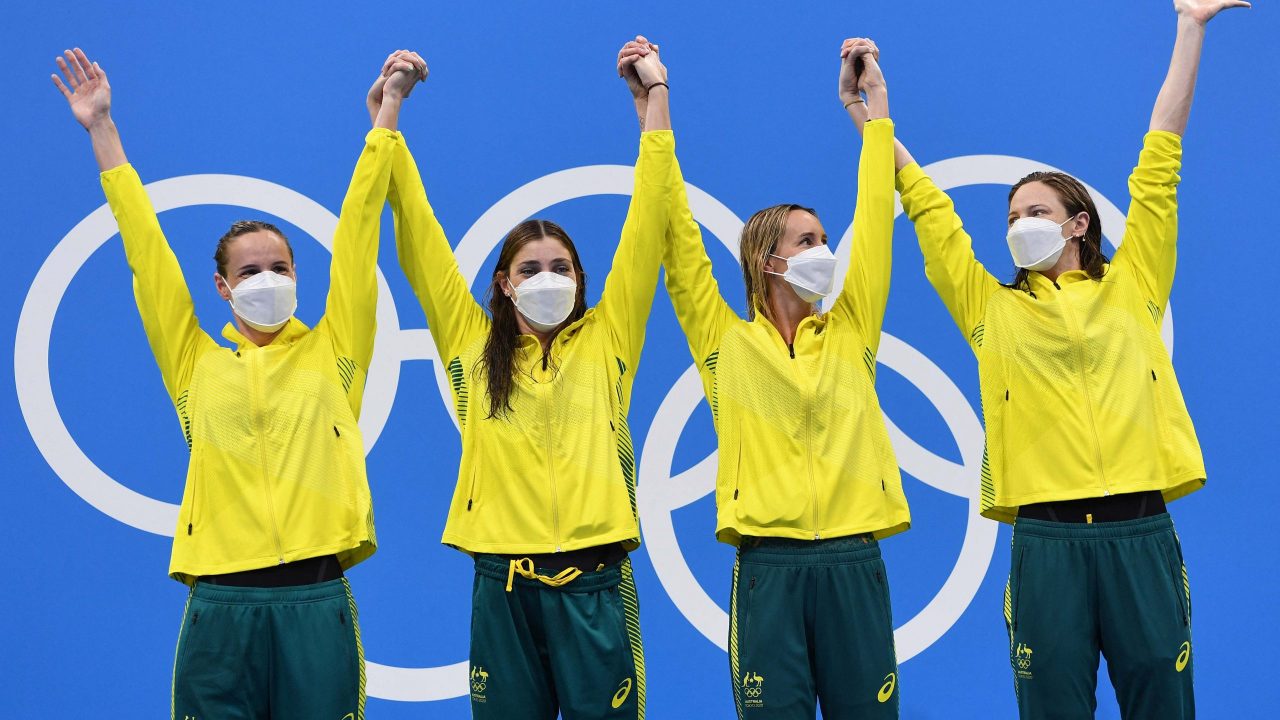 Australia’s invincible women’s 4x100m freestyle relay team extended their golden Olympic era on Sunday and set a new world record in the process as they hailed the camaraderie that pushes them to ever greater heights.

Since taking nearly a full second off a super-suited world record in 2014, Australia have been completely dominant, winning three Olympic golds in a row.

The team also snared the 2019 world championship title while setting two more world records in 2016 and 2018 before yet another at the Tokyo Aquatics Center, clocking 3mins 29.69 secs.

The team of Cate Campbell, Emma McKeon, Meg Harris and Bronte Campbell lowered the 3:30.05 they set at the 2018 Commonwealth Games to reinforce their dominance, with Canada a distant second, more than three seconds adrift, and the United States third.

“We’ve all had to step up year in and year out, also supporting each other,” said veteran Cate Campbell, who has anchored all three of those Olympic gold medal-winning teams.

“We come together at least once a year and train together for a full week. We challenge each other in a really supportive way. There’s no malice and animosity towards one another and that speaks volumes.

“This is the third Olympics in a row that Australia has won this event and this really needs to be celebrated because to do that for 12 years in a row is incredible.”

Campbell brought home the new record with a flying final leg of 52.24sec, but it was set up by McKeon, who swam her 100m in an incredible 51.35.

Her time was the fifth-fastest split in the history of the event, sending a clear signal that she is a hot gold medal favourite in the individual event where Cate Campbell will be a key rival.

“It’s very special to be part of this relay,” said Campbell’s sister Bronte. “It always is and the competition in Australia is fierce for this relay and that’s what makes us so competitive on the international stage.

“These other girls are like my family but Cate is literally my family so to stand up there with my sister is incredible.”

Harris was equally honoured to be on the team, calling it “one of the best things I’ve ever done”.

“To see their faces and know we’d just won was the best feeling ever.”