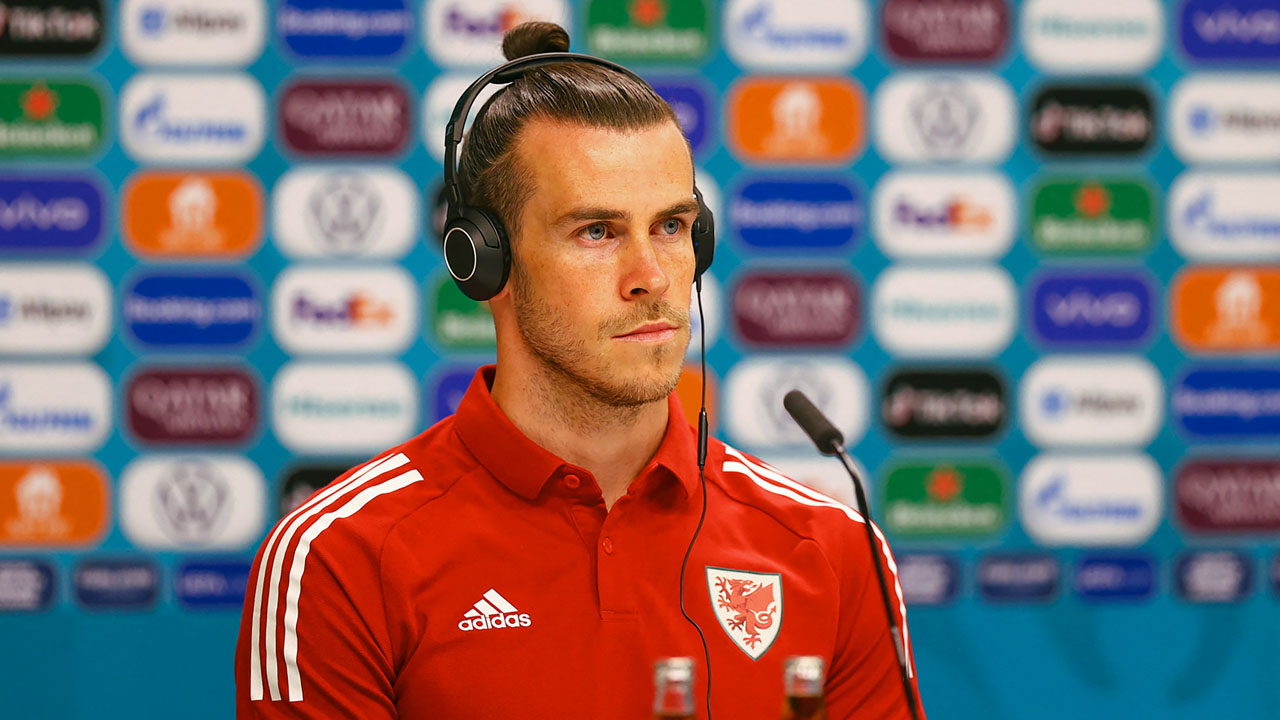 In this handout image released by UEFA, Wales’ forward Gareth Bale speaks during a press conference at the Olympic Stadium on June 11, 2021 in Baku, Azerbaijan ahead of the UEFA EURO 2020 Championship Group A match between Wales and Switzerland (Photo by Handout / UEFA / AFP) /

Wales captain Gareth Bale said on Friday he was unconcerned about his international goal drought on the eve of his side’s Euro 2020 opener against Switzerland.

Bale, 31, last scored for Wales against Croatia in October 2019 but has created four goals in his previous seven appearances.

“If the chances arise to score, hopefully I can take them,” he added.

Bale’s side start their campaign in Azerbaijan on Saturday in the competition that has been delayed by a year due to the coronavirus pandemic.

The Real Madrid forward, who spent last season on loan at Tottenham, has scored 33 goals in 92 international appearances since making his debut in 2006 but his goalless run stretches back 11 matches.

Wales coach Robert Page, who will take charge of the side during the tournament as Ryan Giggs is facing trial in England, backed his star player.

“It’s not the end of the world. If he’s not scoring he’s supplying goals,” Page said.

“If he’s not scoring it’s important he’s setting up goals, and he’s doing that.”

The Euro 2016 semi-finalists rested Aaron Ramsey for two friendlies ahead of the competition and the Juventus midfielder sat out Thursday’s training session.

“There are no issues with Aaron whatsoever. He didn’t train yesterday. That was always part of the plan,” Page said.

“We worked backwards from Switzerland. Aaron has always been part of the process.

“He said yesterday he’s in a good place. That’s great news for us,” he added.

Former Wales skipper Page stands in for Giggs with the ex-Manchester United winger facing trial next year accused of deliberately headbutting his ex-girlfriend and controlling her throughout their relationship.

Giggs denies all the allegations and previously issued a statement in which he said he looked forward to “clearing my name”.

“He’s sat at home watching it. He’s a friend at the end of the day, forget manager,” Page said.

“He wishes us all the best and he’s fully supportive of the team. Like anyone at home he’s a supporter,” he added.