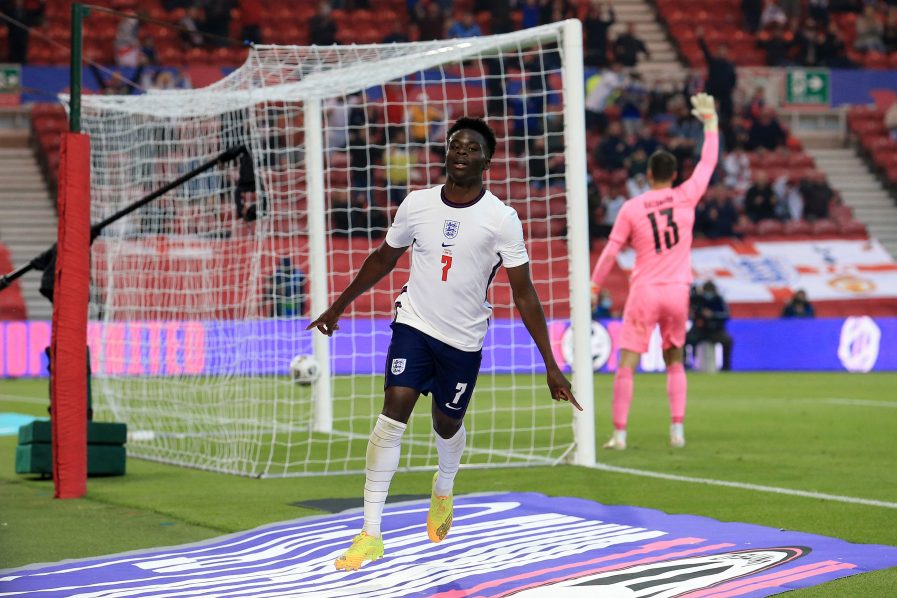 Arsenal star Bukayo Saka can “make a position his own” if given the opportunity at Euro 2020, according to Gunners legend, Liam Brady.

Saka has had a fine season for Arsenal and was named in Gareth Southgate’s 26-man England squad for this summer’s tournament on Tuesday. The 19-year-old is not expected to be in Southgate’s starting XI from the first match against Croatia on June 13.

One reason behind Saka’s inclusion in the squad is his versatility. He can play at left-back, left wing-back, as well as on both sides of the attack.

Brady believes Saka has the potential to show his true quality as a substitute this summer. And the former Republic of Ireland star reckons Saka’s performances can mean he dislodges a regular England starter and earn a place in Southgate’s first XI.

“It looks as if he was one of the last decisions Gareth Southgate had to make – and it could be a very important one,” Brady told talkSPORT.

“I have a feeling if he is to get a chance in these Euros he’ll give the manager something to think about.

“It might be that his first appearance will be as a substitute, but he’s the kind of kid that can come on for 20 minutes and make an impact and then perhaps make the position his own for the rest of the tournament.

“That wouldn’t surprise me if that happened.”

Brady, who spent a large part of his post-playing days as a coach in the Arsenal youth setup, was at the club when Saka first joined.

The 65-year-old said Saka was already standing out by the age of 12.

“He’s been at the club since he was seven years of age,” Brady added.

“I retired from my job as academy manager four or five years ago, Bukayo would have been 12 then and he was making inroads.

“I used to go back to the academy and watch tournaments and things like that.

“He was certainly one of the players that stood out at 13 and 14. I’m delighted to see him go on and fulfil his potential.

“He had great support from his family and was always on time for training and committed to give 100 per cent in everything he did, and he’s getting the rewards for it now.”

Southgate explained his reasoning behind Saka’s inclusion on Tuesday.

“Firstly, he’s performed exceptionally well for us and performed well in a team that’s had a difficult season,” Southgate said.

“Sometimes young players can go into teams that are playing well and flourish. He’s gone into a team that have had a tough season and has really played with character as well as skill.

“Again we saw when he had to come on in Belgium [last autumn] real personality in his performance. His adaptability, the fact he can play four or five different positions is a real plus for us.”