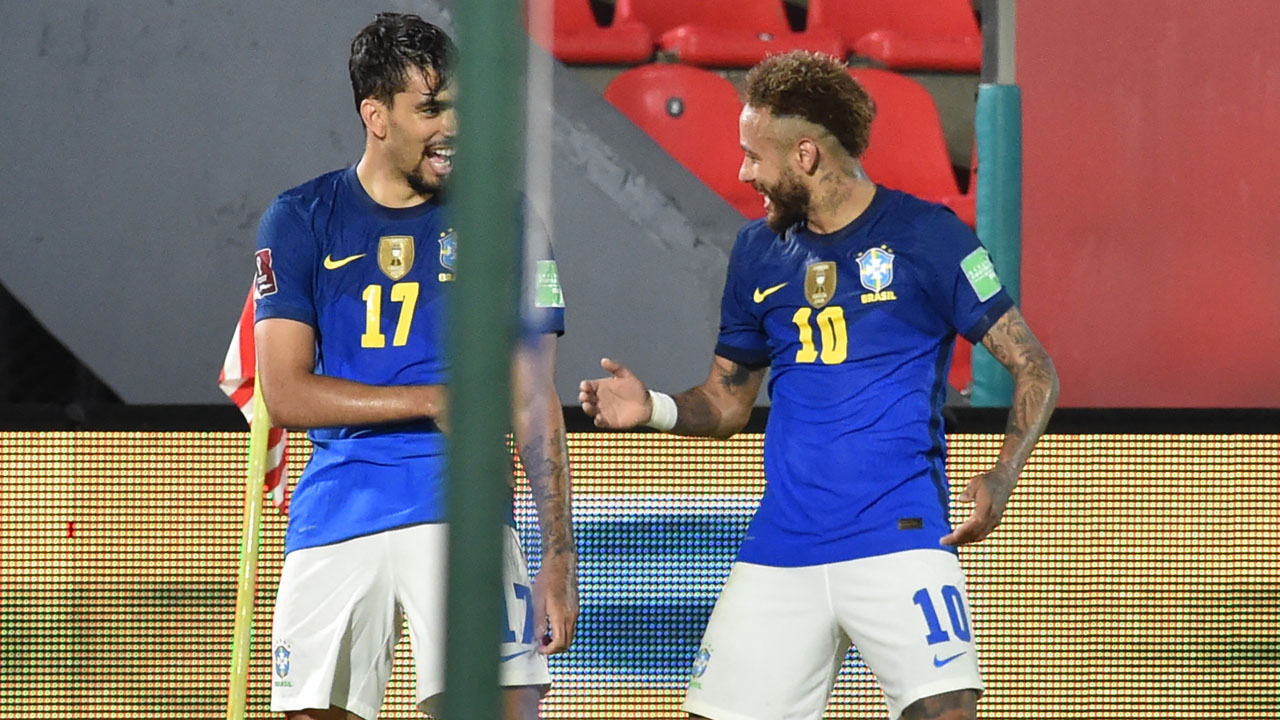 Brazil’s Lucas Paqueta (L) celebrates with teammate Neymar after scoring against Paraguay during their South American qualification football match for the FIFA World Cup Qatar 2022 at the Defensores del Chaco Stadium in Asuncion on June 8, 2021. (Photo by NORBERTO DUARTE / AFP)

Brazil’s national footballers said Tuesday they are against hosting the troubled Copa America, but will not boycott the tournament.

The regional championship is being organized on Brazilian soil in a last-minute, pandemic-defying rush after organizers withdrew it from Argentina over a Covid-19 surge.

“We are against organizing the Copa America, but we will never say no to the Brazilian national team,” the players said in a joint statement on social media.

“We have a mission to accomplish in the historic green and yellow jersey of the five-time world champions,” they said, five days from the opening match of the South American football championships.

Brazil’s players were reportedly unhappy over their country’s late decision to host the tournament.

Brazil is itself reeling from the pandemic, with a death toll of more than 475,000, second only to the United States.

Experts have warned that Brazil is facing a new surge of Covid-19 that a major international sports tournament could exacerbate.

Neymar and team — as well as coach Tite — were reportedly caught off guard by news last week that the tournament would be held in Brazil, and there had been talk the players would boycott.

They put those rumors to rest, but were blunt in their criticism of South American football confederation CONMEBOL.

“We are dissatisfied with CONMEBOL’s handling of the Copa America,” they said in their statement, released shortly after Brazil beat Paraguay 2-0 in a World Cup qualifier.

“Recent events lead us to believe the process of organizing the tournament will be inadequate.”

Already delayed by 12 months because of the pandemic, it may still be blocked when Brazil’s Supreme Court hears a case against it Thursday filed by opponents of far-right President Jair Bolsonaro.