Twitter has deleted tweet wherein President Muhammadu Buhari threatened to deal with ‘people’ who didn’t learn from the civil war.

Checks by The Nation showed that Buhari’s tweet was deleted for allegedly violating its rules.

“Many of those misbehaving today are too young to be aware of the destruction and loss of lives that occurred during the Nigerian Civil War.

“Those of us in the fields for 30 months, who went through the war, will treat them in the language they understand,” Buhari had tweeted on Tuesday.

The president’s tweet was in reaction to widespread attacks on public facilities by unknown arsonists in the South East region.

Read Also: Buhari to arsonists, killers, agitators: I will shock you

The tweet however sparked outrage on Tuesday evening with many social media users describing it as ‘genocidal’ and a direct threat to people of the South-East region of Nigeria.

In Twitter Rules and policies, the company explains the process of removing a tweet considered to have violated its rules.

“When we determine that a Tweet violated the Twitter Rules, we require the violator to remove it before they can Tweet again. We send an email notification to the violator identifying the Tweet(s) in violation and which policies have been violated. They will then need to go through the process of removing the violating Tweet or appealing our review if they believe we made an error,” it wrote. 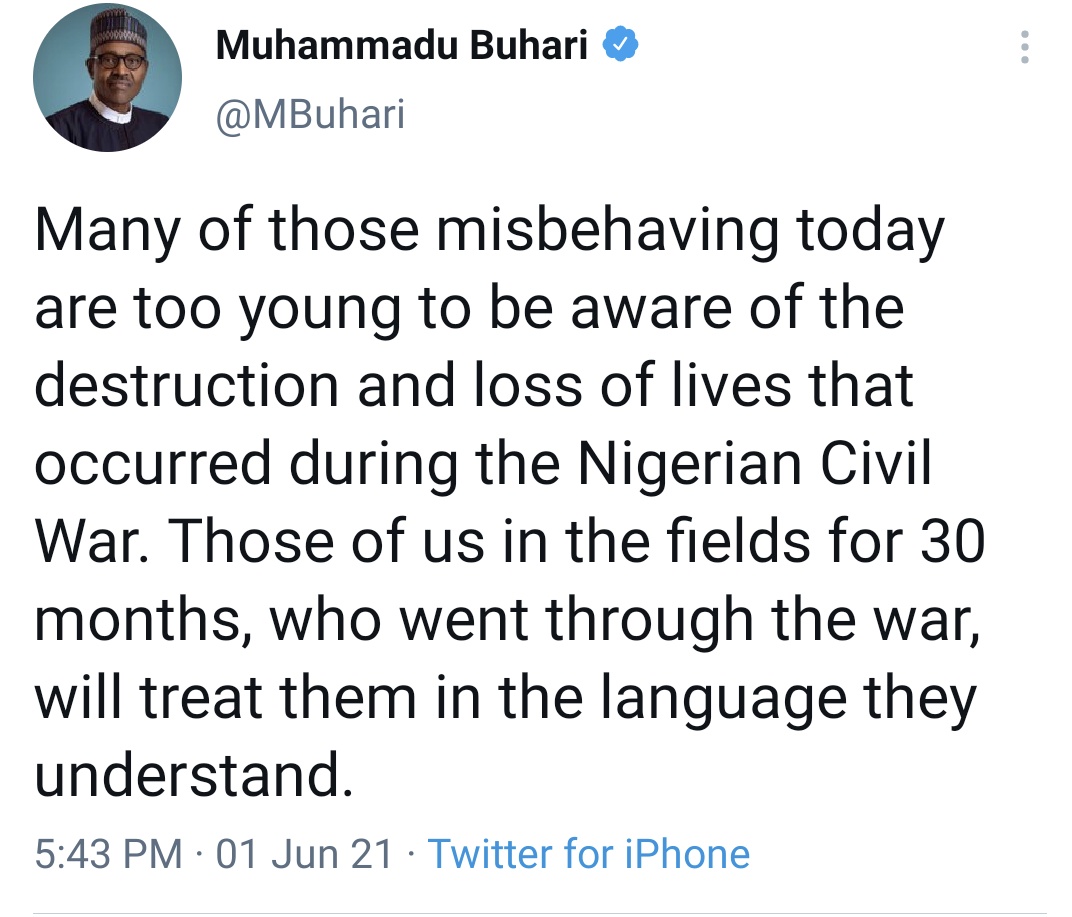