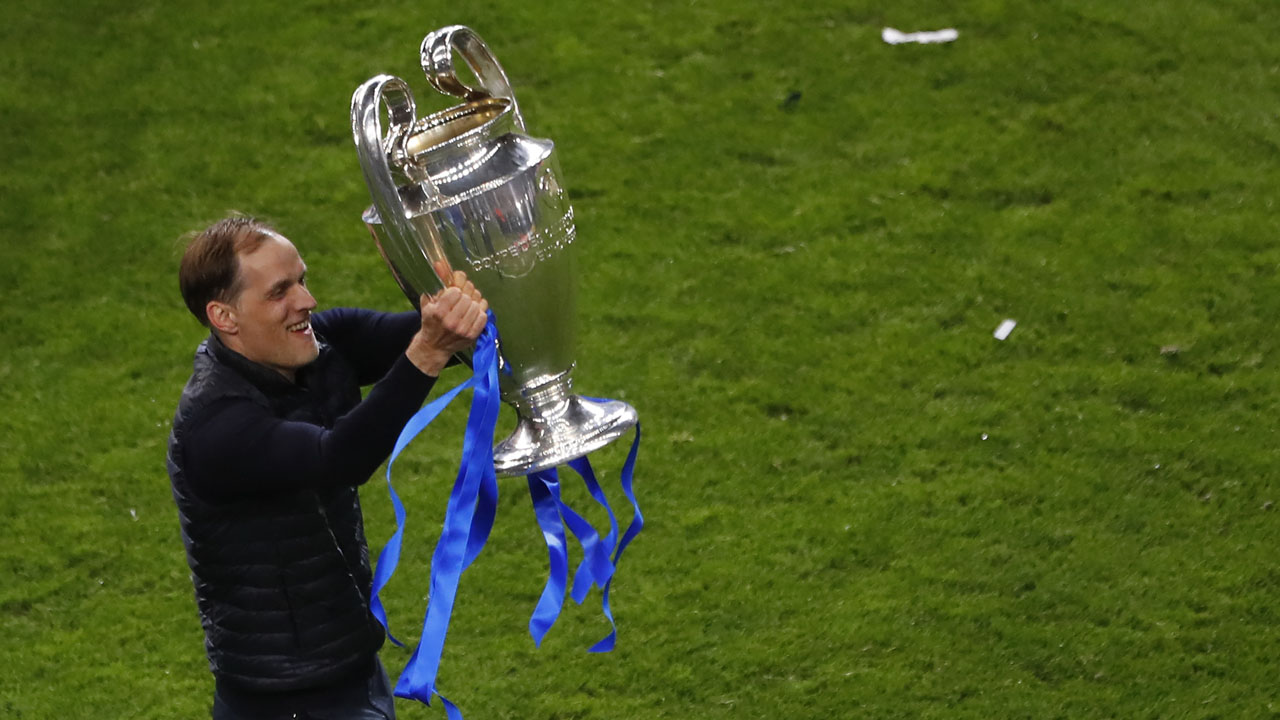 Chelsea’s German coach Thomas Tuchel celebrates with the trophy after winning the UEFA Champions League final football match at the Dragao stadium in Porto on May 29, 2021. (Photo by SUSANA VERA / POOL / AFP)

Chelsea rewarded Thomas Tuchel for winning the Champions League in his first five months in charge with a new contract to 2024 on Friday.

The German joined in January with the Blues languishing in ninth in the Premier League.

“I cannot imagine a better occasion for a contract renewal. I am grateful for the experience and very happy to stay part of the Chelsea family,” said Tuchel.

“There is far more to come and we are looking forward to our next steps with ambition and much anticipation.”

Tuchel was unceremoniously sacked by Paris Saint-Germain in December despite winning two Ligue 1 titles in his first two seasons in charge and leading the French giants to their first ever Champions League final in 2020.

The 47-year-old was handed just an 18-month deal when he arrived in London, but his success in guiding Chelsea to a second European Cup triggered a clause in his initial contract for an extension.

“Chelsea Football Club is very happy to confirm that, following our triumph in the Champions League, Thomas Tuchel’s contract has been extended by two years, as agreed when he joined the Club,” the club said in a statement.

Tuchel was keen to stress after edging out Premier League champions City in Porto last Saturday that he wants to use Champions League glory as a launchpad to greater success.

Chelsea finished 19 points behind City and have not been champions of England since 2017.

Of his 30 games in charge so far, Chelsea have lost just five.

He also guided the Londoners to the FA Cup final which they lost 1-0 to Leicester.

Chelsea director Marina Granovskaia added: “When Thomas joined us in January there was still so much to play for domestically and in Europe. He slotted in seamlessly and immediately became an integral part of the Chelsea family.

“Returning us to the top four in the Premier League was crucial, and we could not be happier with our success in the Champions League which crowned a remarkable season at Chelsea.

“We are obviously extremely pleased therefore to retain Thomas for a further two years, and look forward to more achievements in the coming seasons.”