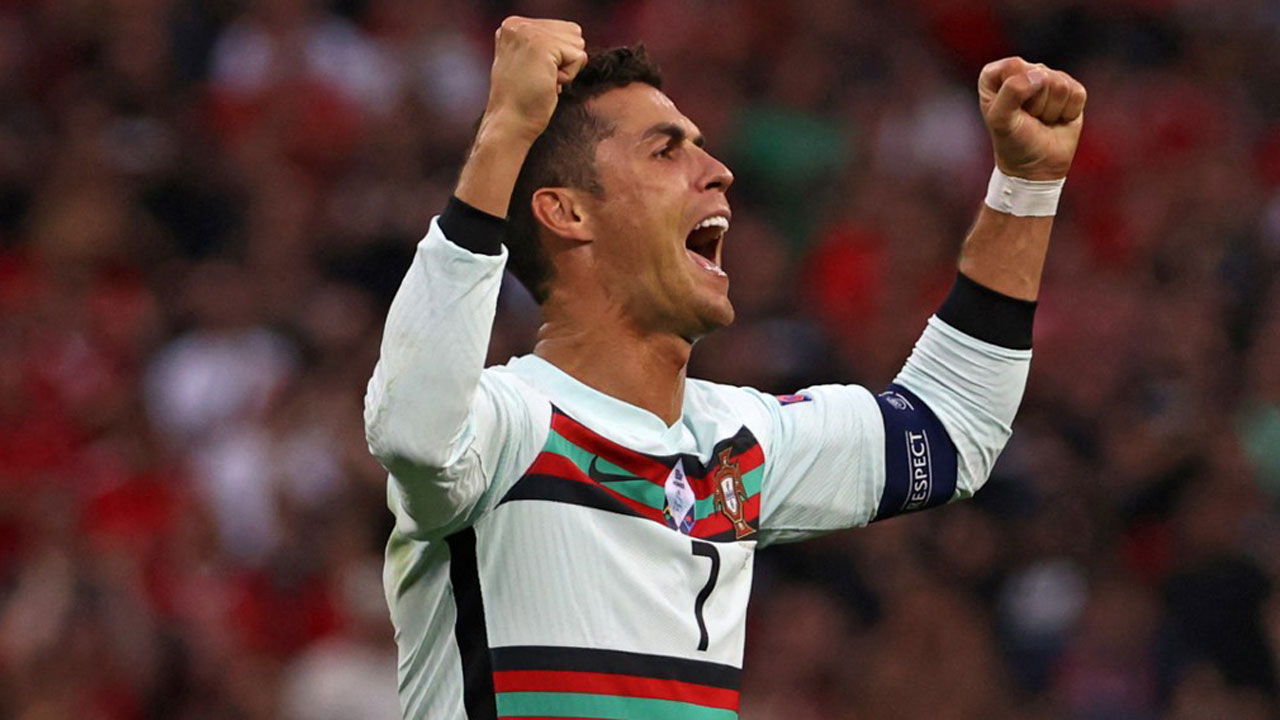 Portugal’s forward Cristiano Ronaldo celebrates at the end of the UEFA EURO 2020 Group F football match between Hungary and Portugal at the Puskas Arena in Budapest on June 15, 2021. BERNADETT SZABO / POOL / AFP

Cristiano Ronaldo became the all-time top scorer in the history of the European Championship with a late penalty in Portugal’s opening Euro 2020 game against Hungary in Budapest on Tuesday.

Ronaldo’s strike, which put the title holders 2-0 up with three minutes left, was his 10th in the European Championship finals, spread across five tournaments going back to 2004.

Ronaldo then added another goal in stoppage time, his 11th Euros strike securing a 3-0 win in the Group F match.

Ronaldo, at the age of 36, beats the previous mark of nine set by France’s Michel Platini.

All of Platini’s goals came in France’s triumphant Euro campaign on home soil in 1984.

In contrast Ronaldo scored twice at Euro 2004 when Portugal lost in the final to Greece as hosts, then added one in 2008, three in 2012 and three more when the Selecao won the trophy in 2016.

He now has 106 goals altogether for his country, leaving him just three goals away from equalling the all-time international scoring record of 109 held by Iran’s Ali Daei.