According to him, Jesus has no meaning in Hebrew, Aramaic, Greek, Latin or English while Lucifer on the other hand means “light bringer.”

However, his post has generated a lot of backlash from

Nigerians on social media slammed him for always using his platform to disseminate irrelevant information.

Toluwase, a follower of the OAP on social media, said: “Sir I challenge you to a test. Let’s pick a random mad man on the street. Pray in the name of Lucifer I will pray in the name of Jesus Christ. Let’s see at the mention of who they get delivered. I dare you sir, this will end this rubbish you keep spitting out.”

Reacting, Daddy Freeze lashed out at him, saying, “I think that the first mad man that needs prayers is you, so let me pray for you to be delivered from benightedness and unscholarly religious slavery which is the highest form of slavery,” Daddy freeze said. 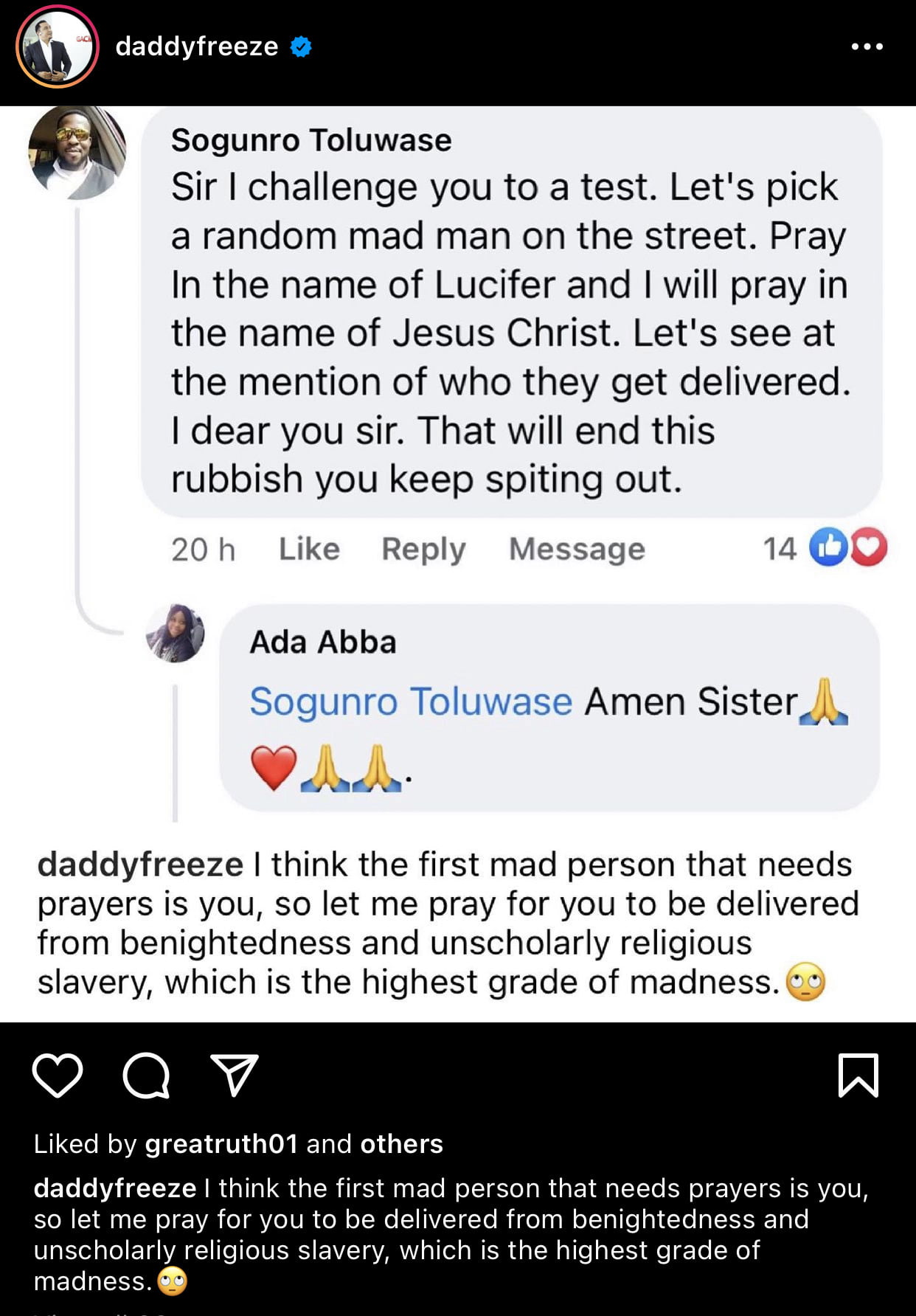