Home » Desecration of the FA Cup – Wuru Wuru to the answer

Desecration of the FA Cup – Wuru Wuru to the answer 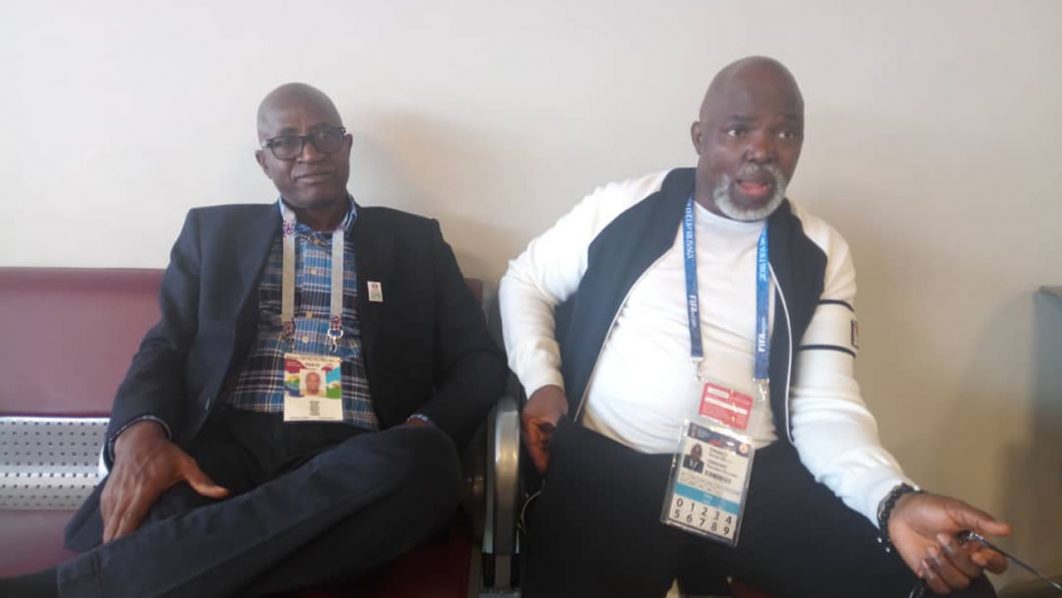 I have been the defacto chairman of a football club that is participating in one of the leagues in Nigerian football for almost 10 years.

If the club had been owned by an individual rather than a multinational organisation that has been sustaining it for sentimental reasons and as a Corporate Social Responsibility project, I would have called it quits with running a club in Nigeria. That is what Abiola Babes FC, Leventis United FC, Alyufsalam Rocks, Stationary Stores FC, New Nigerian Bank FC, ACB FC, and Raccah Rovers FC, true giant clubs in the history of Nigerian football, did, in frustration with the system and the poor returns on their investment, some decades ago.

Those well-funded and well-run clubs ended their relationship with Nigerian football for reasons that would now look extremely trivial compared to what exists these days as the dividends for investment in the football industry. At least, in those days, there was large passionate followership that drove pecuniary objectives. Owners became major, public industrial and political figures and giants on the strength of their investment in football – Israel Adebajo, John Mastorudes, Jim Nwobodo, Isiyaku Rabiu, Emmanuel Iwuanyanwu, Moshood Abiola, Samuel Ogbemudia, and so on and so forth, men that bacame folk heroes, partly riding on the back of their football investment and achievements.

I am looking at the list of clubs in the present Lagos leagues, for example. Who are the faces behind them? What I see are mushrooms. Except for MFM FC that is anchored to an existing very large congregational followership, big clubs owned by big guns no longer exist. That is why the existing clubs, represented by ordinary folk, can accept all the ‘b… s..t’ thrown at them with impunity these past few and they all retired like beaten dogs, their tails tucked between their legs, without a whim of protest or complaint.

That is because the clubs, these days, are more like academies, poorly funded and poorly run, and out to make whatever they can from exploiting the passion and ignorance of players that are grossly exploited and used as pawns in what has become big business for marketing players, not developing the leagues or the game itself.

bbThe club I supervise is one with a long history in Nigerian football – almost 50 years of an unbroken relationship, consistent in their participation in the competitions as the Northern Star in the constellation at night.

So, my club (name withheld) has tasted the good, the bad and the ugly in Nigerian football. It has embedded experience in its structure. It is in Nigerian football today only to sustain its CSR objectives of supporting the lives, careers and livelihoods of young talented Nigerian footballers and the legion of support staff that run their football structures and facilities. What the club has never tasted is the present ‘poisoned chalice’ being handed clubs these days, in reckless and ignominious abandon. What is shocking is how the clubs are swallowing the venom, hook line and sinker. It is simply incredulous and too ugly to be believed.

Take this for example:

The club spends close to two hundred million Naira to sustain its sports operations annually without expecting and even getting anything in return.

Last season, understandably, the football club did not participate in even a single football match or competition throughout the entire season, as a result of the global pandemic. Yet it fulfilled all its financial obligations.

This season the bills have not reduced. It has invested again in the players, renewed its affiliations to the State and national bodies, and paid participation fees for competitions.

For the league, throughout the season, the club played during a two-week period in one location, a total of nine matches. That is their league season, done and dusted, for the year.

The team of players and their officials have looked forward to the only other competition left to be played, the FA Cup, to explore for progress in their careers, and for the club owners to justify spending those huge sums to support a non-productive enterprise that the game has become in the past few years. For that singular purpose, the owners have kept the players in a camp, paid their wages and allowances, purchased all their kits, and paid affiliation and registration fees for the FA competition.

A few days ago, a letter came from the Lagos State Football Association inviting the club for an emergency meeting in reaction to a letter from their National football supervisory body instructing them to produce a champion club from the State for the FA Cup within 3 days. That is the implication of the letter the LSFA received. The NFF was cornered because through their own negligence or incompetence, or both, they cannot properly organise the FA Cup comprehensively and meet the deadline of registering the national champions by the end of June, for the next Confederation Cup organised by the Confederation of African Football, CAF.

Even now, the FA Cup would have to be completed within two weeks to meet that deadline. That is a ‘mission impossible. So, they passed the buck to the State FA’S, who, in turn, found easy suckers in the mushroom clubs.

The 85, or so, clubs in Lagos State, affiliated to the State FA that have duly paid to participate in the FA Cup, and have kept players and support staff waiting for months whilst paying their wages and allowances, and maintaining expensive facilities, were invited to an ‘Emergency Congress’ and asked to select one club amongst themselves to represent the State in the national competition.

The worst thing is that the clubs actually agreed and selected a club from amongst themselves.

Which club did they select? The champion of two years ago that won the competition then and represented the State. This is to be part two of their reward for 2019 victory.

As I write this, I am reeling in consternation and anger.

So, what happens to the rest of the clubs that have borne all the expenses of running their football establishment for two years without playing meaningful? What should they do? What rules in the constitution or statutes empower anyone to take these decisions? What happens to the affiliation and participation fees already paid for services undelivered? Where in the world has such an anti-football decision ever been taken to serve as a model or precedence? What happens to all the players that have not been given an opportunity to showcase their talent for the second year running? What happens to all the staff that will be detached from the clubs because they are now idle?

To make matters psychologically worse, the FA is asking the clubs to come and pay another ‘discounted’ participation fees to take part in a new meaningless State FA Cup with unstated rewards, where winning leads the clubs to nowhere.

The clubs swallowed the bitter pills and have gone back to nursing this charade in painful submission.

It is annoying and preposterous.

In normal conditions, the clubs should be ‘suing the hell’ out of the State FAs and the NFF, demanding reparation, compensation and damages.

The NFF, the owners of the FA Cup, sponsored by a renowned oil Company, had the annual calendar from CAF informing them of the deadlines for domestic competitions and when registration of the clubs for continental competitions are due.

The NFF were obviously either incompetent, or distracted by other interests, and neglected to supervise their own competitions. They gave their competitions to separate bodies or sub-committees to manage, whilst they chased other more lucrative interests, particularly with the National football teams, properties that actually do not belong to them.

The NFF must take full responsibility for the fallout of their failure and not now use their power, which does not exist really until the clubs hand it over to them, to becloud the true situation and sweep their failure under the carpet.

In the end, the innocent clubs are made to bear the consequences of the failure of the Football associations and their national federation.

The cost of this monumental failure must be borne by this present crop of administrators. In the last few years, they have managed to turn the most prestigious, the oldest, most traditional, most participatory football championship in every football culture in the world, into a sham and a shadow of itself, in Nigeria.

The best stories about Nigerian football reside in the FA Cup, previously known as the Challenge Cup, and originally called the Governor’s Cup.

Without question, what the State FAs have done, and what the NFA is promoting now, is a culture of ‘slave and master’. The clubs are now slaves to the master federation. Whereas, it should be the other way around.

This calls for the resolution that we have been touting and mouthing for years now – a football revolution in administration.

This is the climax of it all.

We cannot get the answer to the present bad situation through ‘wuru wuru’, a situation where we are beclouded by the non-existent powers of distracted administrators and made to accept their negligence, ineptitude, and incompetency. It is all toothless bragadocio. Enough is enough.