Home » Djokovic, Federer, Nadal: Who’s the greatest of them all?

Djokovic, Federer, Nadal: Who’s the greatest of them all? 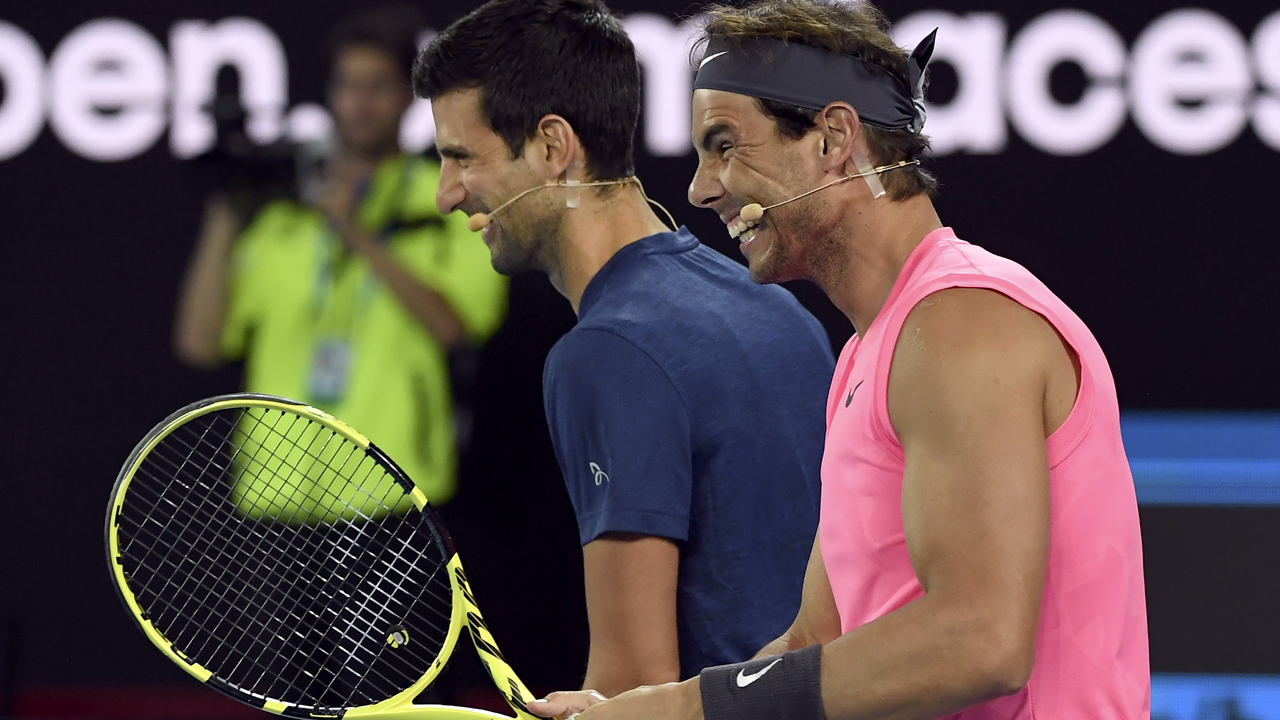 Novak Djokovic’s French Open triumph, which made him only the third man to win all four majors twice and took him halfway to a rare calendar Grand Slam, has reignited the debate over who is the greatest male player of all time.

The 34-year-old Serb wrapped up his second Roland Garros title and 19th Slam trophy with victory from two sets down over Greece’s Stefanos Tsitsipas, 12 years his junior.

It was a triumph built on the foundations of his epic semi-final win against 13-time champion Rafael Nadal, only the Spaniard’s third loss in Paris in 16 years.

Now Djokovic is just one Slam away from the record of 20 jointly-held by Nadal and Roger Federer.

“We have to start talking about the greatest of all time,” former world number one Mats Wilander told Eurosport.

Seven-time major winner and former number one Justine Henin added: “When Djokovic, Federer and Nadal play at their best, it’s Novak who probably stands out.”

Djokovic added the 2021 French Open to his 2016 triumph in Paris and is the first man in 52 years to claim all four majors twice and third overall after Rod Laver and Roy Emerson.

He also has a record nine Australian Opens, five at Wimbledon and three US Opens and has won six of the last seven Slams he has contested.

Seven of his 19 Slam wins have come since he turned 30 and he has time on his side.

Djokovic is a year younger than Nadal and has the best part of six years on Federer.

Should Djokovic defend his Wimbledon title and triumph again in New York, he would become only the third man after Don Budge in 1937 and Laver, in 1962 and 1969, to complete the calendar Grand Slam.

“Everything is possible,” said Djokovic when asked if he could also become the first man to complete the Golden Slam of all four majors plus Olympic gold in the same year.

“As much as Novak is healthy, and he’s healthy right now, he’s in great shape, I think he has the ability to win the Grand Slam for this year. I’m pretty sure,” added longtime coach Marian Vajda.

“I think it is much more than possible.”

His victory on Sunday meant Djokovic, who was also two sets down to Lorenzo Musetti in the last 16, was only the third man to win a Slam title after twice coming back from such a deficit.

It is not just at the Slams where Djokovic is tightening his grip on the race to be crowned the sport’s greatest.

Djokovic has 36 Masters titles, the same as Nadal.

However, he is the only man to have captured all nine of the series and the only one to have won all of them twice.

He has spent more time as world number one than his two main rivals with his 325th week at the top starting Monday.

Djokovic was also the first of the ‘Big Three’ to break the $100 million prize money barrier.

Sunday’s win took him to the brink of $150 million.

In head-to-heads, he has the advantage. His epic win over Nadal on Friday too him to 30-28 over the Spanish star while he is 27-23 against Federer.

However, there are still areas where Djokovic lags behind.

His career total of 84 titles is behind Nadal’s 88 and Federer’s 103. He still has some way to go to beat Jimmy Connors’ all-time record of 109.

Sidelined for most of 2020, Federer’s bank balance remains healthy due to the $300 million 10-year contract he penned with Uniqlo in 2018.

Djokovic’s status as the best of all time also has to be judged in the context of the sport’s history.

Many regard Australia’s Laver as tennis’s supreme power, arguing he would have collected many more than his 11 Slams had he not been banished between 1963 and 1967 for turning professional.

Should Djokovic win Wimbledon next month and go to 20 majors, he will still have some distance to make up on the best women players of all time.