Shiki vs. Kurenai & The Punishers begins with Edens Zero Episode 24 with Homura learning that Lady Valkyrie died while protecting the citizens. But Shiki helped her get through it since she didn’t arrive in time and face that tragedy. Edens Zero has recently begun this brawl after Valkyrie’s death. Homura thinks it will take time to recover from the latest Edens Zero Episode since Lady Valkyrie was like her mother. Later Shiki invades Madame Kurenai’s castle asking which one is her. Kurenai wonders what this boy is doing, and Shiki tells her that he is taking her to Homura.

Shiki triggers his Ether Gear and destroys the floor of the building by stomping it while insisting that Kurenai is coming with him or he will beat the crap out of her.  Kurenai’s men noticed that this kid uses Gravity Ether Gear. The Beast Lion wonders if Ether Gear is that magical power Drakken uses. The alien-head guy reminds them about the Oculus Kurenai radiant sequence. Kurenai told his men to continue as planned, but she will teach this brat a lesson. She summoned the Punisher, the envoys of heavens, to come forth.

The episode title is “Until The Day It Turns To Strength”. The Punishers surround Shiki, and Shiki activates his Ether Gear. Kurenai told them to punish this brat, and the Punishers attacked him. But Shiki uses Magima Attack: Gravity Wave and begins to smash them. The front line wonders why the bodies are getting pulled towards Shiki’s attack. Shiki surprised them by destroying all the Punishers with a single punch. He heads toward Kurenai, but the Beast Lion blocks his path and sends him flying after landing a massive slap. Shiki outsmarts the Beast Lion and attacks from behind.

The Beast Lion hits the grounds along with the man who uses an electric whip. Shiki faced Madame Kurenai and landed a huge fist asking her why she made Homura cry. But Kurenai blocked that fist with her palm, and she didn’t even move to show that it was a baby strike. Kurenai told Shiki that tears are flaws of the weak, but winners are always smiling. Shiki replies that Kurenai stole Homura’s smile, and it is okay if sheading tears make one weak. But tears one day will turn into strength. 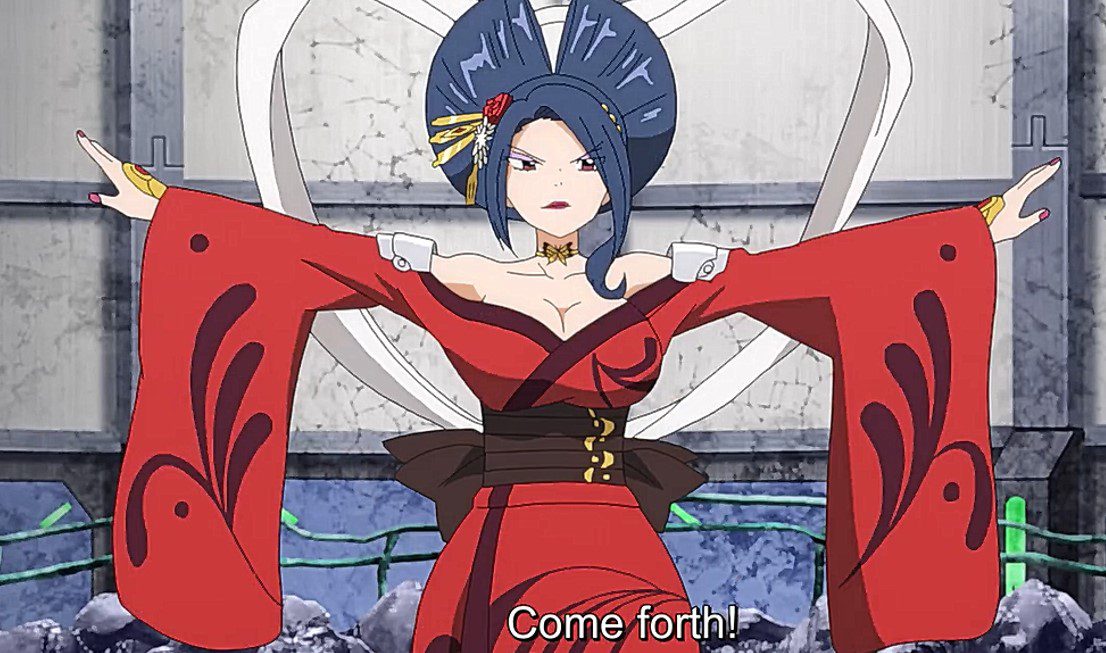 The remaining warrior who supports Shiki wonders why they allow Shiki to face Madame Kurenai alone. They scold Pino, Happy, and Rebbeca for not informing them since they would have come along with Shiki and help during the duel. The geezer that wields Ether Gear reveals that he can sense that Shiki is at his limit fighting against Kurenai. They decide to get ready and head to help Shiki. Rebecca decides to join them, but Homura is still in front of Lady Valkyrie’s corpse. She decided to inform Homura about Shiki, who is fighting with Madame Kurenai. Homura stays since her dream was to see her master alive, but now her master is dead.

Rebecca boosted her confidence and made her gather the courage to accept her master’s death. Shiki vs. Kurenai is intense, and the guy from the control room reports to Kurenai that something is wrong. The guy reveals that The Oculu Kurenai got hacked into, and Kurenai wonders who could do that. Shiki wonders what Kurenai plans to do, and she replies that she will kill everyone who defies her. He decided to stop her before killing everyone. Weisz, the warriors of Legend Arsenal, uses Metallica Explosion to kill the Beast Lion.

Edens Zero Episode 24 will be released on 26 September 2021, at 1:00 AM. The next episode of Edens Zero will be the last of this arc. Let’s look at Edens Zero’s official updates and details of this anime below. 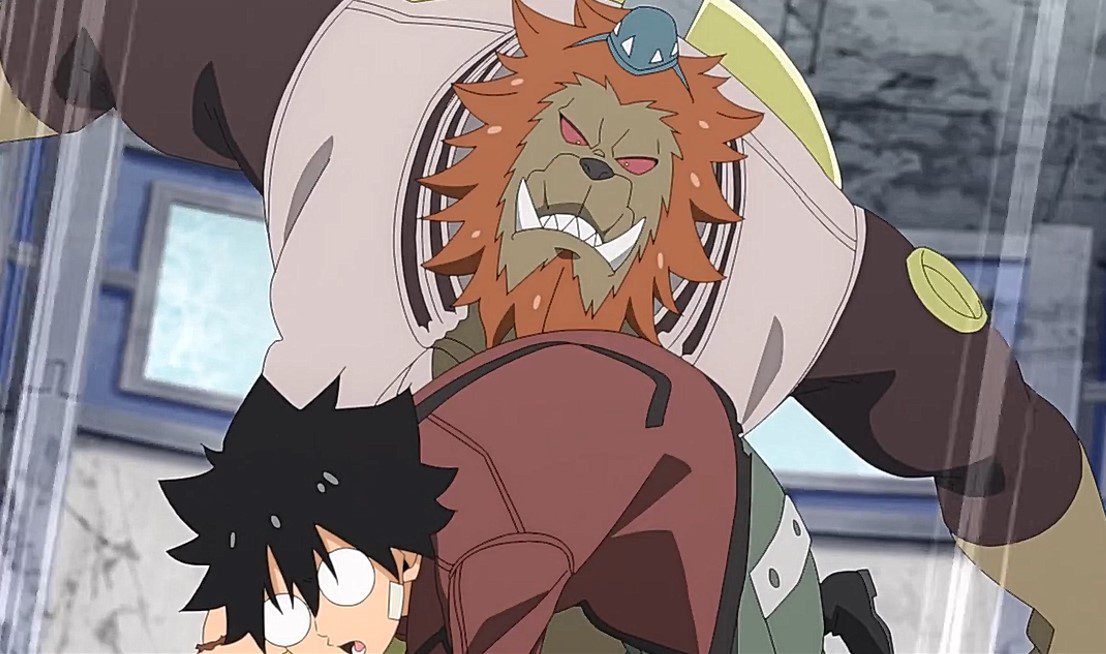 Also Read: Most Popular Football Anime That You Shouldn’t Miss Out

Where To Watch Edens Zero Episode 24