England boss Southgate speaks of ‘pride’ on eve of Euro 2020 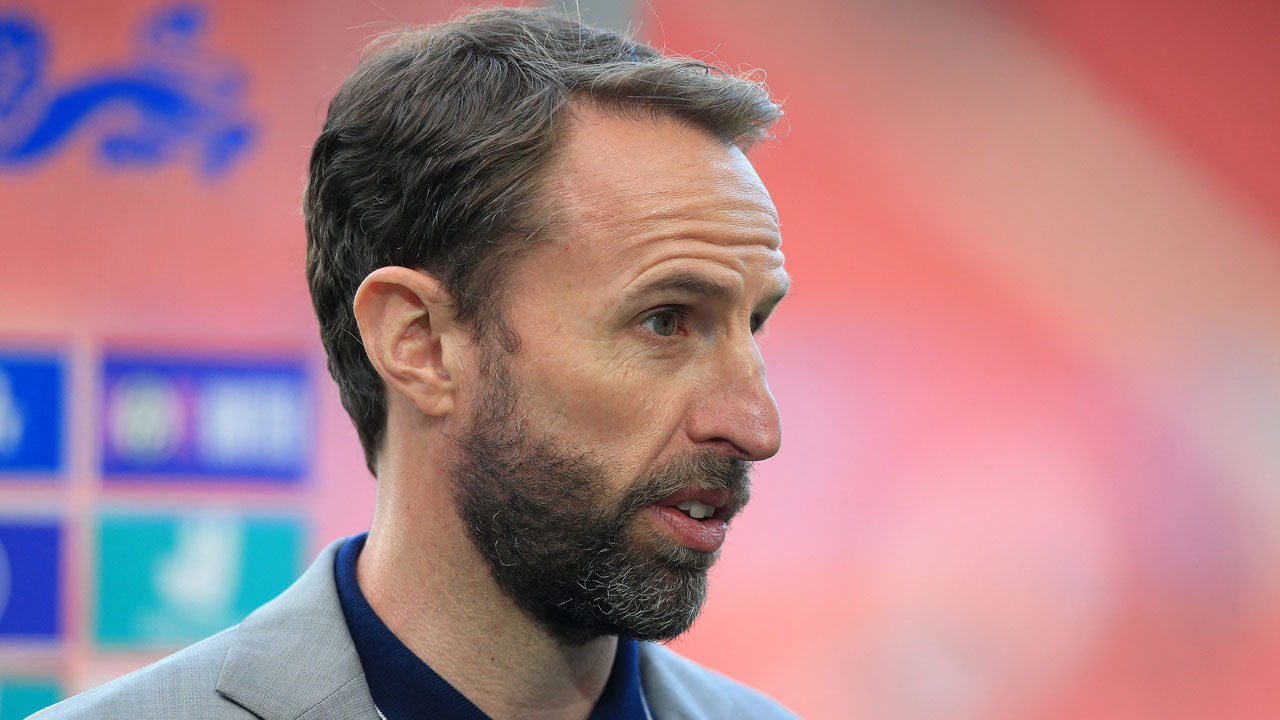 England’s manager Gareth Southgate speaks to the media ahead of the international friendly football match between England and Austria at the Riverside Stadium in Middlesbrough, north-east England on June 2, 2021. (Photo by Lindsey Parnaby / POOL / AFP) /

England manager Gareth Southgate has spoken of how his grandfather’s service in World War II shaped his own identity and values, expressing his pride in representing his country on the eve of Euro 2020.

Southgate’s side launch their campaign against Croatia at Wembley on Sunday, with the manager aiming to build on their run to the World Cup semi-finals in 2018.

All three of England’s group matches are at home and Wembley is hosting some of the knockout matches at the delayed tournament, including both semi-finals and the final.

Former England international Southgate, writing in the Players’ Tribune, said different people had different ideas of what it “means to be English”.

“For me, personally, my sense of identity and values is closely tied to my family and particularly my granddad,” he wrote.

“He was a fierce patriot and a proud military man, who served during World War II. The idea of representing ‘queen and country’ has always been important to me.

“We do pageantry so well in Britain, and, growing up, things like the queen’s Silver Jubilee (in 1977) and royal weddings had an impact on me.”

Southgate, early in his tenure as England boss, took his players to train with the Royal Marines.

“Because of my granddad, I’ve always had an affinity for the military and service in the name of your country — though the consequence of my failure in representing England will never be as high as his,” he said.

“My granddad’s values were instilled in me from a young age and I couldn’t help but think of him when I lined up to sing the national anthem before my first international caps.

“My belief is that everyone has that pride. And that includes the players.”

Southgate, who missed a penalty in England’s semi-final shootout defeat by Germany at Euro 96 on home soil, also spoke of how he felt “parental instincts” kick in as manager.

“I see players scrolling on their phones straight after the final whistle and I think… hmmm, is that a particularly good idea?

The England boss said he understood the coronavirus pandemic had “put added pressure on everyone” but did not understand abusive messages.

A number of players in his Euro 2020 squad including Marcus Rashford and Raheem Sterling have suffered racist abuse online.

“Why would you tag someone in on a conversation that is abusive?” said Southgate.

“Why would you choose to insult somebody for something as ridiculous as the colour of their skin? Why?

“Unfortunately, for those people that engage in that kind of behaviour, I have some bad news — you’re on the losing side.”