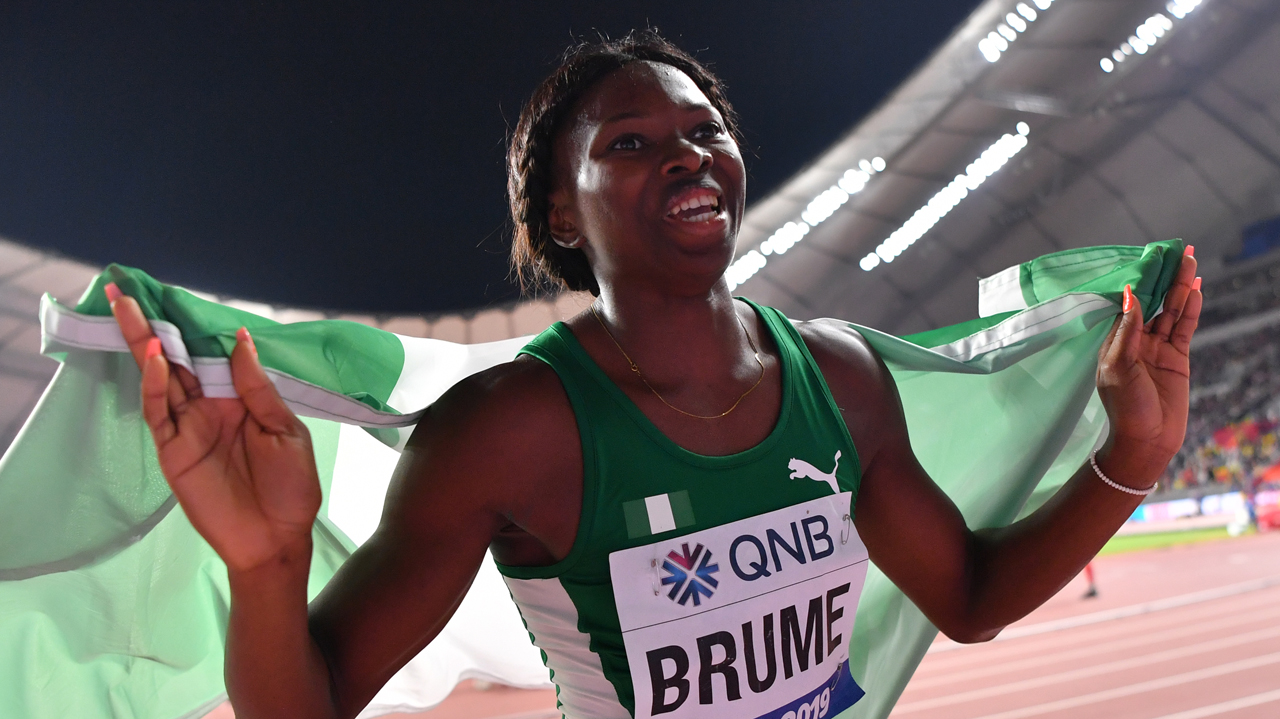 Delta State Governor, Ifeanyi Okowa, has decided to include Commonwealth and Africa long jump gold medallist, Ese Brume, on the list of athletes he adopted ahead of the Olympic Games in Tokyo.

The adoption by the governor took care of the athletes’ preparations for the Olympics and personal expenses like medical, hiring of personal trainer, diet and other related needs.

Some stakeholders had argued that it was a big ‘over sight’ on the part of Governor Okowa to leave out Ese Brume on the list of Delta athletes he adopted for the Tokyo Olympics considering her contribution to the state.

However, the ‘error’ has been corrected, as the Chairman of Delta Sports Commission Tony Okowa told The Guardian yesterday that the name of Ese Brume and five other athletes had been forwarded to the governor for adoption ahead the Tokyo Olympics.

“Ese Brume is Governor’s daughter,” Tony Okowa said. “It was a big mistake for her name to be omitted in the first place, but it has been corrected. The Governor is adopting six more athletes for the Tokyo Olympics and they will receive the same amount of money.”

Brume won gold medals for Team Delta at the 2018 National Sports Festival in Abuja, and she was the only foreign-based athlete in Team Delta’s squad at Edo 2020.

Brume proved to Nigerians last weekend that she can give them the long-awaited Olympic medal in Tokyo, when she erased the 25-year-old long jump record set by Chioma Ajunwa by leaping a distance of 7.17m at Chile Vista Festival in California. She became the first African woman to ever make such a mark.

Her biggest test as an athlete came at the World Championships in Doha, where against all odds, she put smiles on the faces of many Nigerians on the last day of competition.

With Team Nigeria on the verge of missing out on the medals table once again, Brume came to the rescue, winning a bronze medal with a jump of 6.91m, her second-longest career jump to finish third behind pre-championship favourite, Germany’s Malaika Mihambo (7.30m) and USA’s Kenyatta Hackworth (6.92m).

She became the first Nigerian athlete since 2013 to win a medal at the World Championships while also equaling history as the second Nigerian woman to make the podium in the event after Okagbare’s feat in Moscow. The Guardian learnt that each of the athletes already adopted by Governor Okowa was given $20,000.