Claim: BBC Soro Soke used the picture of Pastor Ojo Peters in a report which states a Pastor said T.B Joshua was in hell and Nnamdi Kanu may die soon.

Verdict: The picture used in the BBC Soro Soke’s report titled “God told me TB Joshua in hell fire, Nnamdi Kanu may die soon’ – Pastor Peters” is misleading and wrong as it does not belong to the Pastor who granted the interview. 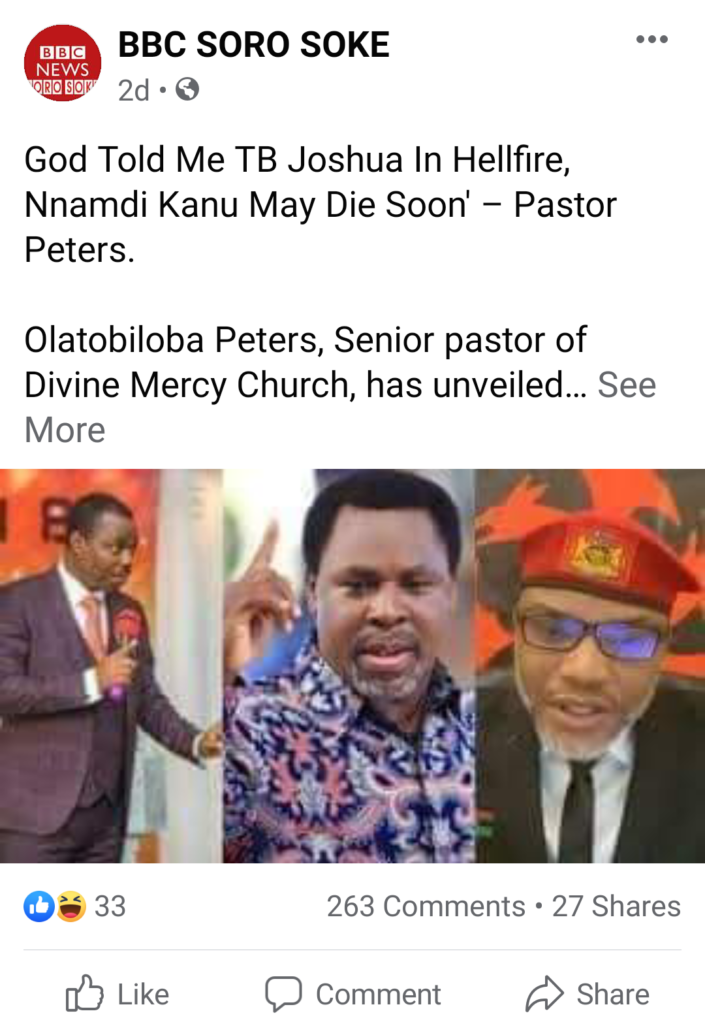 A report by BBC Soro Soke titled “God told me TB Joshua in hell fire, Nnamdi Kanu may die Soon’ – Pastor Peters” has been causing tension in Niger state over the use of a wrong picture by the media organisation.

The story published on June 11th has drawn over 281 comments and 27 shares; the report had the picture of the late T.B Joshua, Nnamdi Kanu and Reverend Ojo Peters. 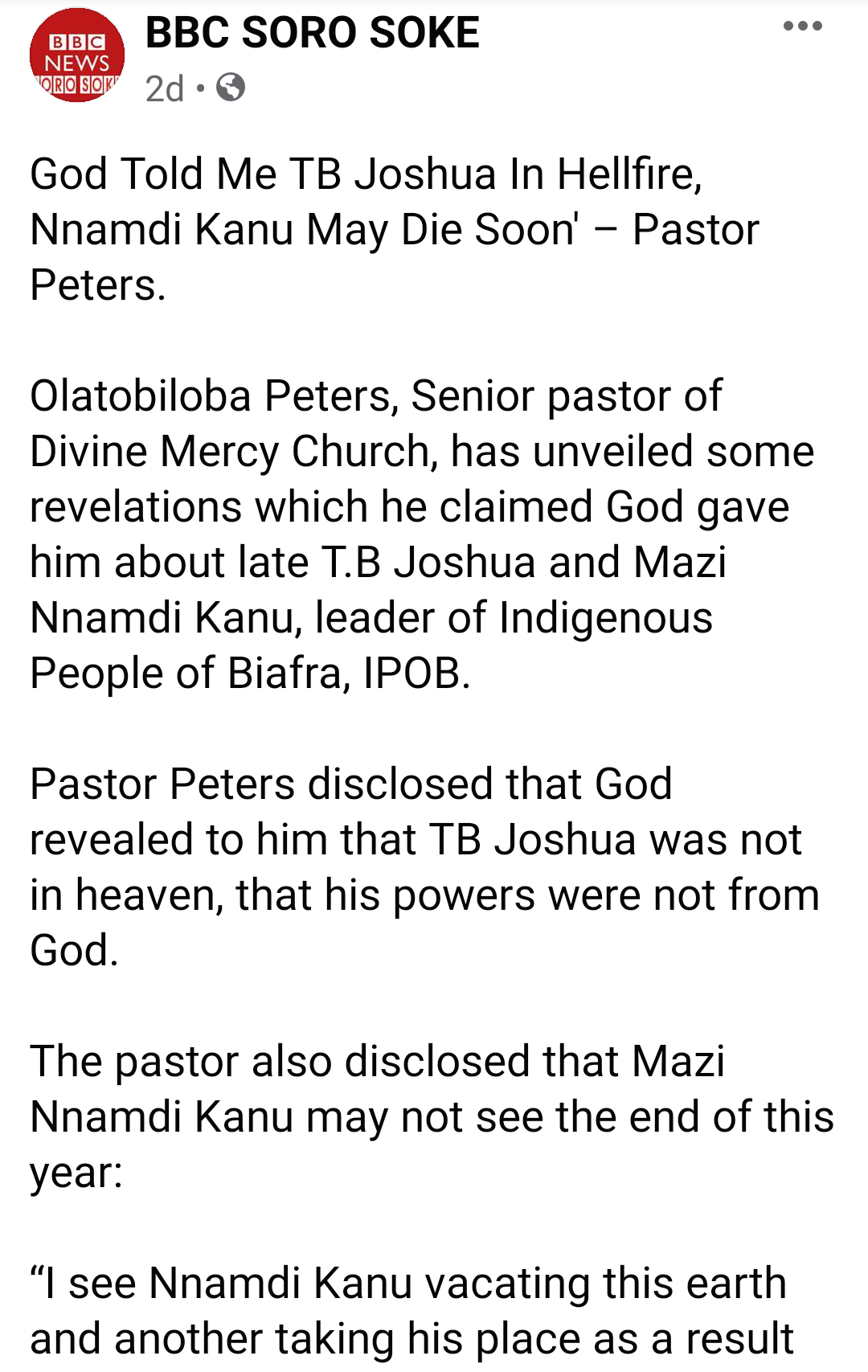 The BBC Soro Soke quoted Daily Post as its source. However, a search in the Daily Post story showed that no picture of the Pastor who was interviewed was used.

A further search revealed that while Divine Mercy Church is in Ilorin, Reverend Ojo Peters heads the Voice of Mercy Ministry which is based in Minna, Niger state.

The report reads: “Olatobiloba Peters, Senior Pastor of Divine Mercy Church, has unveiled some revelations which he claimed God gave him about late T.B Joshua and Mazi Nnamdi Kanu, leader of Indigenous People of Biafra, IPOB.

“Pastor Peters disclosed that God revealed to him that TB Joshua was not in heaven that his powers were not from God.

“The pastor also disclosed that Mazi Nnamdi Kanu may not see the end of this year:”

When The Nation reached out to the church, it stated the Ministry is vexed over the misuse of the picture of its Senior Pastor, Reverend Ojo Peters in the BBC Soro Soke’s story.

“The original post by Daily Post published June 10 did not put the picture of the speaker, therefore, the Ministry sees it as mischievous that BBC Soro Soke will put in the picture of another person for a report they purportedly got from another media organization.

“The use of the picture of Reverend Ojo Peters is mischievous and contrary to the ethics of journalism which states that getting factual information is sacrosanct in all,” the church said.

The Ministry called on BBC Soro Soke to pull down the picture in the story and get its facts straight about the person whose name they are referring to.

“It should be on record that Reverend Ojo Peters had never in any time granted any interview either through phone or in-person to any journalist within or outside Minna, Niger state and thus, he had not spoken about the late T.B Joshua or Nnamdi Kanu,” said Pastor Bolaji Olanipekun on behalf of the church.