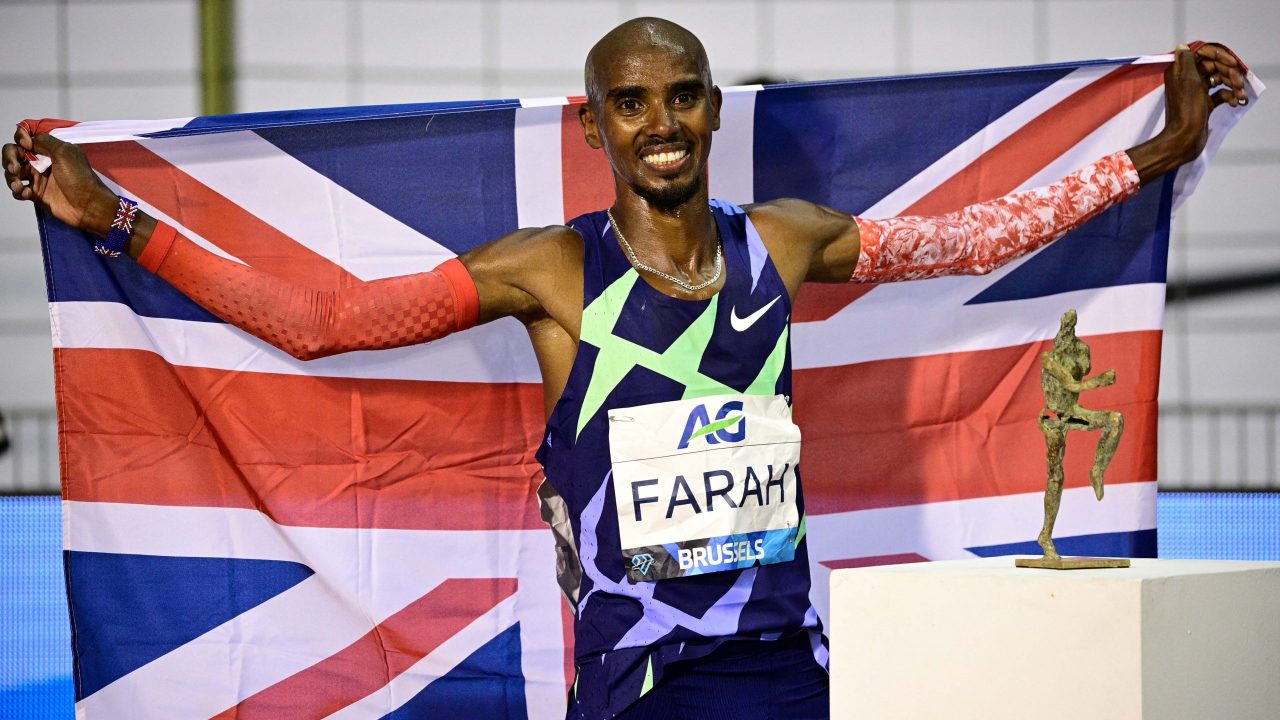 (FILES) In this file photo taken on September 4, 2020 Britain’s Mo Farah celebrates after victory and a world record in the men’s one hour event at The Diamond League AG Memorial Van Damme athletics meeting at The King Baudouin Stadium in Brussels. – British star Mo Farah, a four-time Olympic champion, makes his return to the track on June 5 at the 10,000m European Cup in Birmingham as he seeks to qualify for the Tokyo Olympics Games. (Photo by MARTIN BUREAU / AFP)

Four-time Olympic champion Mo Farah’s hopes of ending his track career at the Tokyo Games suffered a huge blow as he fell short of the qualifying mark for the 10,000 metres in Birmingham on Saturday.

The 38-year-old finished eighth, behind fellow Briton Marc Scott, in the European Cup, which doubled as British Olympic trial.

Farah’s time in his first race at this distance for four years was 22 seconds short of the required standard of 27 mins 28 secs to qualify for the Games which are due to start on July 23.

He blamed a foot injury for his poor showing, which had prevented him from training over the last two weeks.

“I am four-times Olympic champion but that doesn’t mean nothing. You’ve got to go out there each race and mix it with the best and give yourself a chance,” said Farah.

“I’ve been carrying a niggle since I came back from training. It is frustrating because I have done a lot of good work in Flagstaff (Arizona). If you would have asked me two weeks ago it would have been a lot different. It’s part of the sport.

“It just suddenly came on. I have had some treatment to it and then coming back, it really flared up. To be honest, this is the first bit I have done of track in the last two weeks. It is not ideal.”

He has another three weeks to make the qualifying time and could also turn his attention to the 5,000 metres in which he won gold at London 2012 and Rio 2016.

A mixed sequence of results since moving from the track to the marathon persuaded Farah to give it one last blast on the surface he enjoyed his greatest moments on.

However, he may now miss out on that final hurrah even if the Games go ahead despite concerns over coronavirus infection rates in the Japan.