Fear Street Part Three: 1666 is the third installment of the Fear Street series that has been released on Netflix. Directed by Leigh Janiak, the film has been based on the book series of the same name by RL Stine. Co-written by Phil Graziadei and Kate Trefry, the film is a sequel to Fear Street: Part One: 1994 and Part Two: 1978. In the previous two films, we saw the curse that has been put upon the Shadyside town. And in this film, we will go back to the root of the problem as we learn who really initiated the curse upon the town. So here in this article, we will have the ending explained of Fear Street Part Three: 1666.

Previously, in Fear Street, we are taken to the Shadyside town that has regular occurrences of bad events happening. The townspeople believe that their town had been cursed by a witch named Sarah Fier. But, Deena, a girl who lives in the town alongside her brother Josh thinks otherwise. The duo starts investigating the occurrences when Samantha Fraser (Sam) starts having visions of Sarah Fier as well. By the end of the film, Sam gets possessed and tries to kill Deena. But Deena has got a lead, so she heads off to C. Berman’s house. Through C. Berman, Deena gets the idea to join the hand of Sarah Fier to her body to stop the curse. And in the third part, we saw the events that occurred after that.

Fear Street Part Three: 1666 starts off with Deena in front of Sarah Fier’s corpse as she proceeds to attach her severed hand back to her body. As Deena does this, her nose starts bleeding, during which she started to have visions of Sarah Fier’s life back in 1666. Sarah used to live with her dad and brother Henry in the united town of Shadyside and Sunnyvale. Within this community, there was a Pastor Cyrus Miller, whose daughter was named Hannah. She and Sarah were in love, something that was totally not okay during that time, especially in that town. Other people in the town include Abigail, her sister Constance, Caleb, Mad Thomas, Isaac, Lizzie, Solomon Goode, and Elijah. The Goodes were the ancestors of Nick Goode.

One night, when Sarah, Hannah, and Lizzie go to a party, Sarah stumbles upon a book of black magic inside a tent of a reclusive widow. As they run away to the party, Sarah and Hannah are approached by Caleb, whom the girls reject. Caleb starts harassing the two after being embarrassed. The girls run away to some privacy and get intimate when a Mad Thomas spots them. 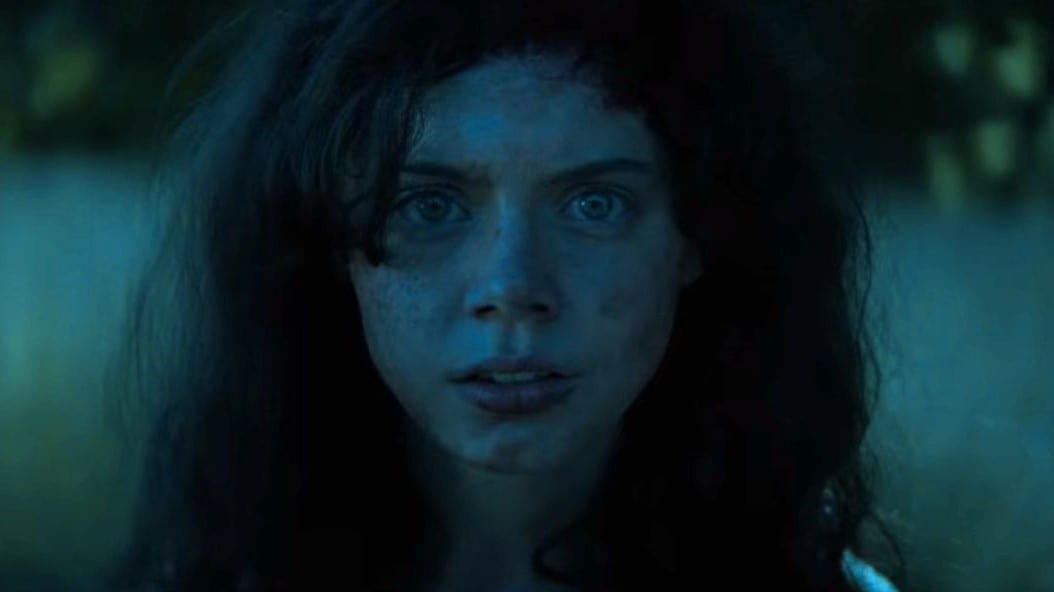 The next day, strange events begin to concur in the town as Pastor Miller begins to act strange. Sarah goes to her friend Solomon to confide in him, asking whether she has caused the misfortune to the town. Sarah suspects that she has touched the magic book that caused the strange events. Elsewhere, Pastor Miller locked up several kids in the chapel and killed them. Among all the victims were Henry and Constance. As Sarah and Solomon get into the chapel, Sarah is attacked by the Pastor to be only killed by Solomon.

Who Initiated the Curse on Shadyside Town?

Later that very night, the townspeople had gathered to discuss what caused the problems in the town. Everyone came to agree that these grim events were caused by witchcraft. Caleb starts to spread the rumor that Sarah and Hannah caused this witchcraft. He only does this out of spite of being rejected by the two. The girls try to flee when Hannah is captured. Sarah gets back to the chapel where Hannah was locked up to declare her love for Hannah. After this, Sarah heads off to Solomon’s place. Here, the townpeople come to search for Sarah, during which Sarah hides in his backroom. Sarah finds a tunnel under Solomon’s house, which she enters to find a strange ritual and the book of black magic.

We are then revealed that it was actually Solomon who took the Book of Black Magic. He had made use of the book to make an offering. He gave up Pastor Miller to be possessed so that he could receive power and wealth in return. Solomon tries to convince Sarah to join her. Nevertheless, she rejects the offer and tries to run away from the Tunnel, during which Solomon cuts her handoff. Solomon catches up to her and declares that he has caught the witch. The townspeople gather Sarah and Hannah to hang them together. During this, Sarah sacrifices herself by convincing the townspeople that she had seduced Hannah. So, the townpeople spare Hannah as they proceed to execute Sarah. Before she is executed, Sarah swears vengeance on the town and passes away. Later, Hannah, Lizzie, Abigail, and Isaac come together to bury Sarah properly. 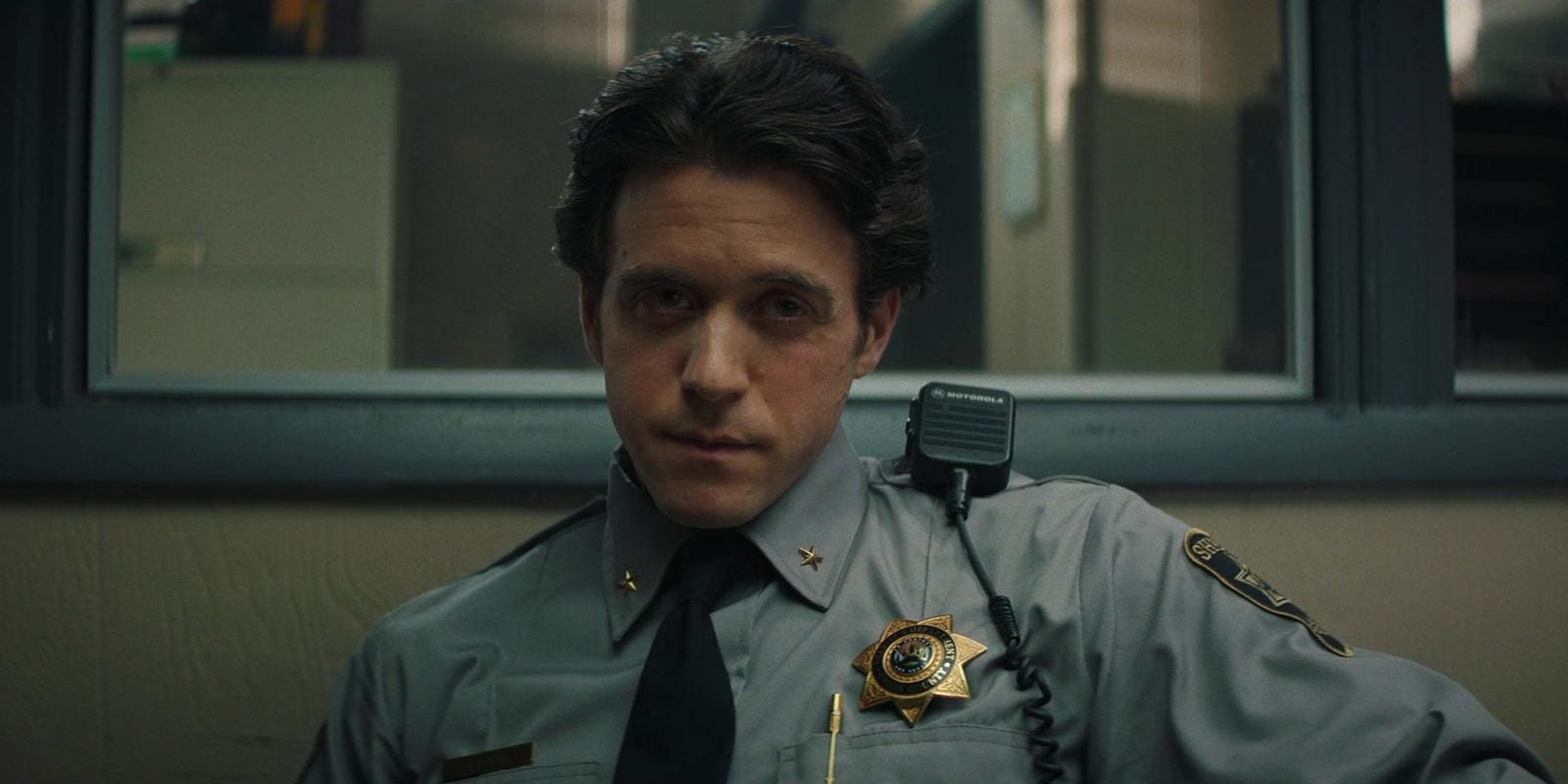 Also Read: The Hunt Ending Explained: The Hunters Got Hunted

Deena finally comes out of her visions as she realizes that the Goode family was responsible for the murders at Shadyside curse. She learns that all the firstborns of the Goode family were instructed by their fathers on how to make use of the Black Magic Book. They had been using the curses to bring good fortune to their family for around 300 years. As Deena and Josh leave the place, they are confronted by Sheriff Nick. Nick starts to realize that the siblings are onto them. Meanwhile, Ziggy was still watching the possessed Sam as she gets to know that the Goode family was the ones responsible or the Shadyside curse. Deena and Ziggy plan to take down Nick as they employ Martin’s help. He is at a janitor at the mall, which they enter to set traps for the undead.

The traps start to work as the previous Shadyside killers get trapped inside several stores in the mall. Hereafter that, Ziggy lures Nick to the mall, where they pour Deena’s blood over him. As the killers are specifically after Deena’s blood, they start attacking Nick. However, Nick manages to get away from the killers. Deena and Sam go after him, during which Sam again gets possessed. Deena is able to get Sam out of the possession for some time, after which Deena knocks Sam down. Nick attacks Deena as she is able to pin her down. But at the right time, Deena is able to expose NNick to the unholy mass at the center of the tunnels. This causes Nick to get visions of his killer’s victims. 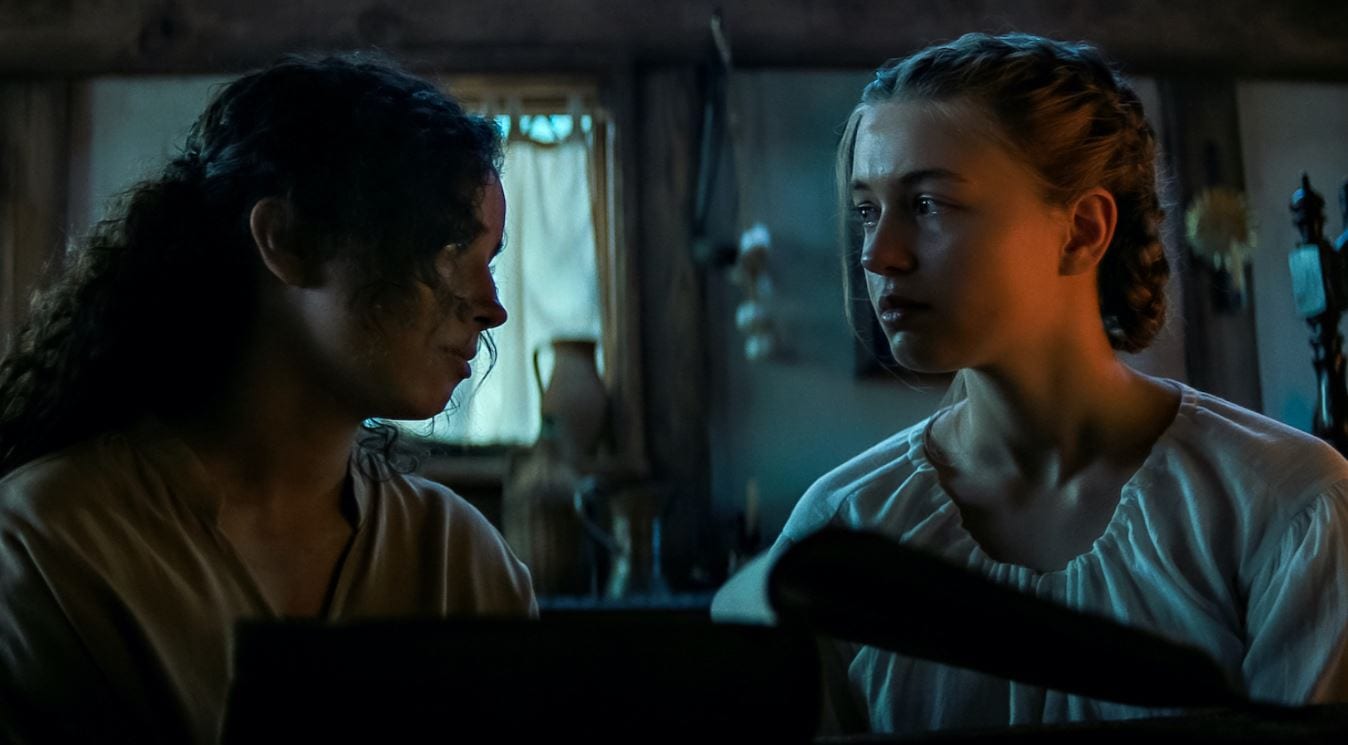 In the ending of Fear Street Part Three: 1666, Nick gets distracted. Deena takes this opportunity to finally gain the upper hand as she is able to kill Nick. As Nick passes away, the undead killers start to vanish, causing the curse to go away. Shadyside is finally curse-free as the Goode Family is exposed for their crimes. In the ending of Fear Street Part Three: 1666, Deena and Sam decide to go out on a picnic date. They are at the grave of Sarah Fier. After this, the credits start rolling out.

During the mid-credits, we see a scene where we see the widow’s satanic book. Flies start flying close to the book as some hand appears on the screen. This person, whosoever he or she is takes the book away. No one really knows who this person is. But for the time being, it seems like there will be no more sequels to the Fear Street franchise. This film was initially made to be distributed by 20th Century Fox. But after the acquisition of the studio by Disney, the film’s rights were sold off to Netflix. Now that all three films of the franchise were released together, the chances of the next movie coming seem bleak. But anyway, if Netflix does decide to invest in a fourth installment, the mid-credit scene must initiate the story for the sequel.

Also Read: Will There Be Fear Street: Part 4, Is There More To The Story?