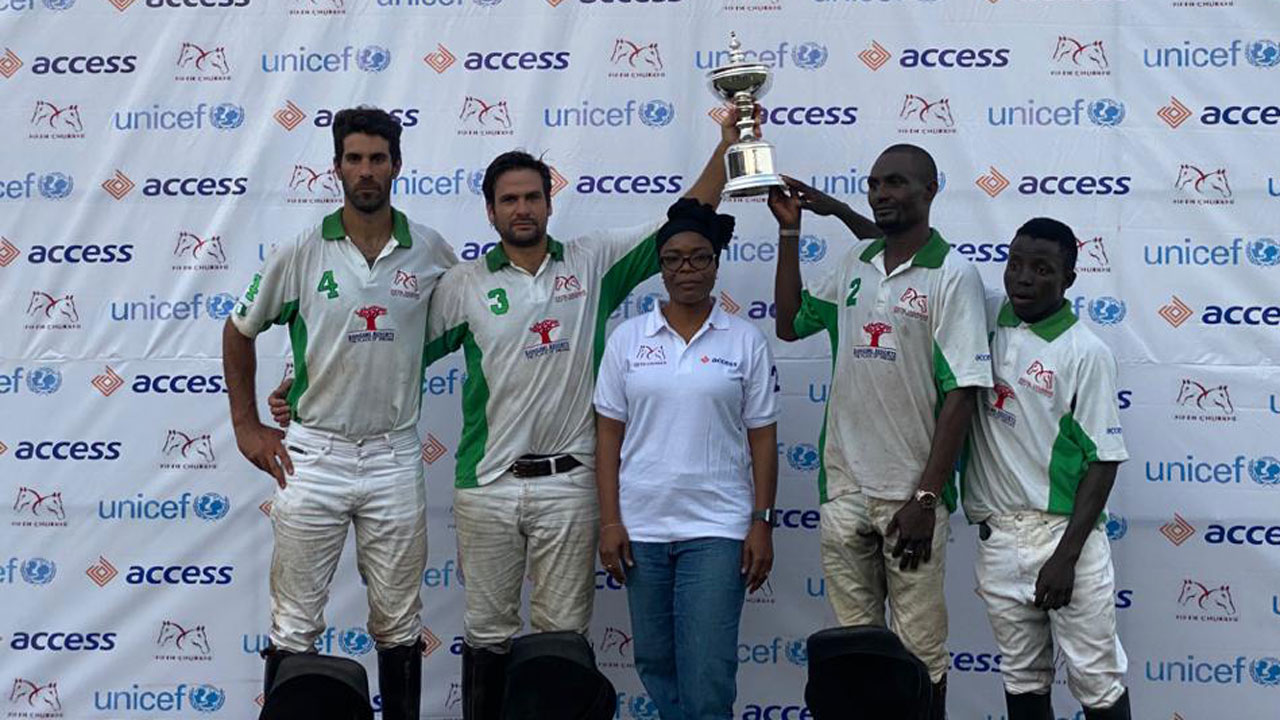 Fifth Chukker and Intershelter Polo Clubs were among the winners in the first phase of the 2021 UNICEF Charity Shield Polo Tournament, which is now in its final leg at the Kangimi Resort, Kaduna.

In the Access Bank final decided before a large crowd of fans, Fifth Chukker scored three quick goals in the opening chukka to set an easy route to victory. However, the UNICEF Cup final was different as Intershelter relied on Tata Ali Kura’s two late goals to subdue the resilient Sublime.

The international competition, which has raised over N100 million in support of UNICEF projects for vulnerable children and the HIV/AIDS pandemic in Kaduna State and its environs, promises to be more exciting as nine equally matched teams vie for honours.

Three teams, including former champions, Access Bank, last year’s finalists, Malcomines and Barbadors, are fighting for the Charity Shield, which is the biggest prize on offer, just as six other sides are involved in the battle for Usman Dantata Cup.

The major highlight of the first phase of the annual charity event was undoubtedly the Children’s Day celebration with the Kaduna First Lady, Hajia Aisha Ummi EL-Rufai, as mother of the day.