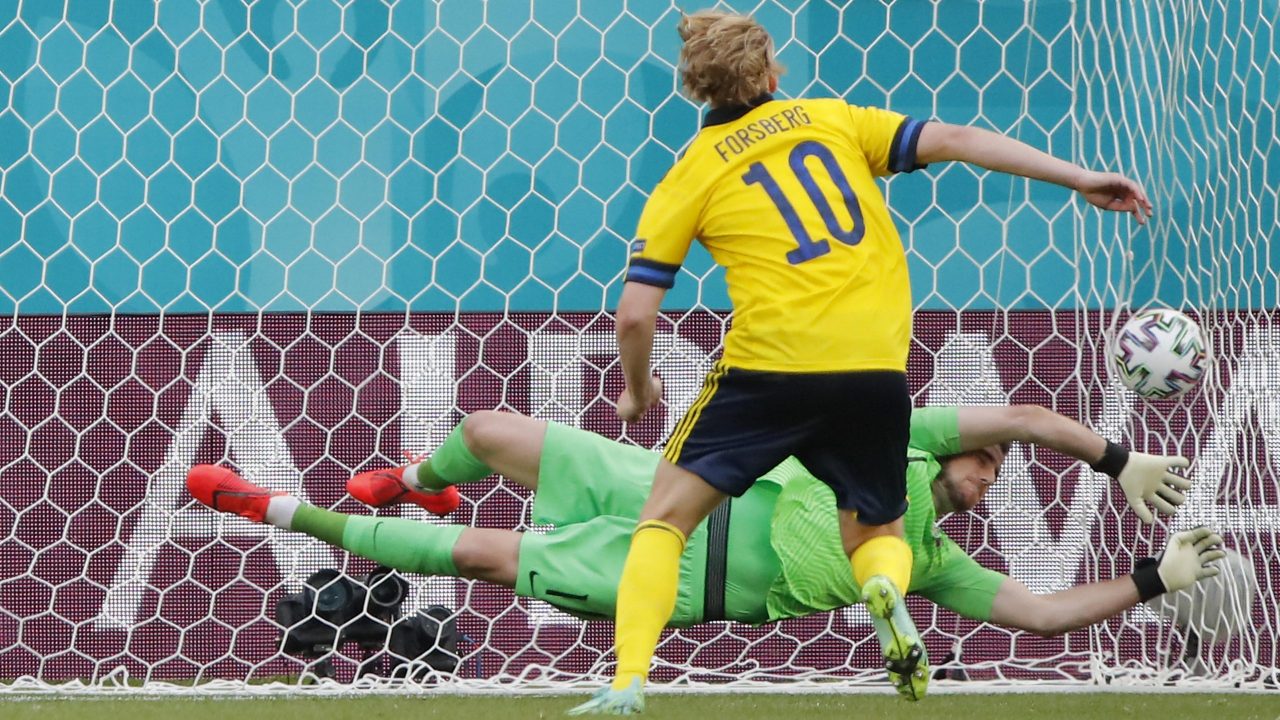 Janne Andersson’s men, who played out a goalless draw with Spain in their opener, now look set to reach the knockout stage for the first time since 2004.

A point in their final game against Poland at the Krestovsky Stadium on Wednesday would be enough to be sure of a top-two finish in the group.

“We’ve played seven matches this year, and conceded just one goal. Our forwards deserved more today, they were fantastic at times.”

Slovakia could have qualified with a game to spare with a win, but still have their fate in their own hands ahead of their final match against Spain in Seville.

Both sides had spells of pressure in the first half without creating many chances, perhaps in the knowledge a point would be a reasonably good result.

Ondrej Duda made space for a shot shortly after the break, but fired over the crossbar.

Kucka drew a brilliant one-handed save from Robin Olsen, but the Slovakia midfielder was flagged offside.

It was Sweden who almost made the breakthrough twice before the hour mark, as Newcastle stopper Dubravka tipped away Ludwig Augustinsson’s header and Marcus Danielson nodded over from the resulting corner.

Sweden continued to press for the winner, as Alexander Isak’s header looped onto the roof of the net.

Real Sociedad striker Isak then almost scored one of the great European Championship goals, weaving past four defenders before seeing a low strike saved by Dubravka at his near post.

“He’s a huge talent,” Andersson said of Isak. “He’s a young player who has still got a lot of room for improvement.

“I think there is a lot more to come from him. He played really well today.”

Sweden finally forged ahead in the 77th minute, as RB Leipzig midfielder Forsberg beat Dubravka from the penalty spot after the ‘keeper had brought down substitute Robin Quaison.

Slovakia laid a late siege on their opponents’ goal, but saw an optimistic late penalty appeal for handball turned down as Sweden held on.