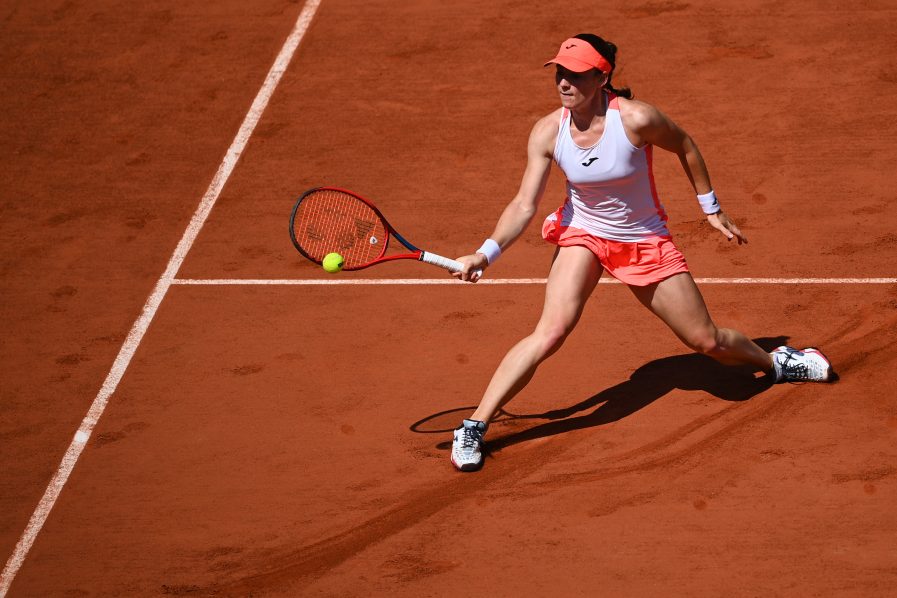 Krejcikova was trailing 2-4 in the third set of the semi-finals but her defensive ability caused Maria Sakkari to lose a match point and the tenth game for 5-all. Games progressed with serve until the Greek lady lost her to give the Czech victory at 9-7. In the quarter-finals, Barbora saved six set points in her battle with American Coco Gauff. In the two matches, Barbora floated the ball back and elicited errors on crucial points.

Also, she neutralized the powerful shots in her victories over American Sloan Stephens in the fourth round after frustrating Ukraine’s fifth-seeded Elina Svitolina in the third round. In the first round, she lost the first set to Krystina Pliskova before rallying to victory.

After easy victories in the first two rounds, Anastasia stunned the third seed and title hopeful, Aryna Sabalenka of Belarus 4/6; 6/2; 6/0 in the third round. She matched Sabalenka’s power and won crucial points with defensive slices and deft touch. In the third round, she lost the first set to former champion Victoria Azarenka before prevailing 5/7; 6/3; 6/0. Anastasia lost a close first set to Elena Rybakina of Kazakhstan in the quarter-finals and recouped for a 6/7(2); 6/2; 9/7 victory.

The 29-year old Pavlyuchenkova won three Grand Slam junior titles and was number one junior in 2014.

The 25-year old Krejcikova became world number one in doubles in 2018. Today’s title match will be a classic battle between Anastasia’s power and Barbora’s defensive ability. At the end of the historic contest, one of them will take a maiden Grand Slam trophy back to her country.