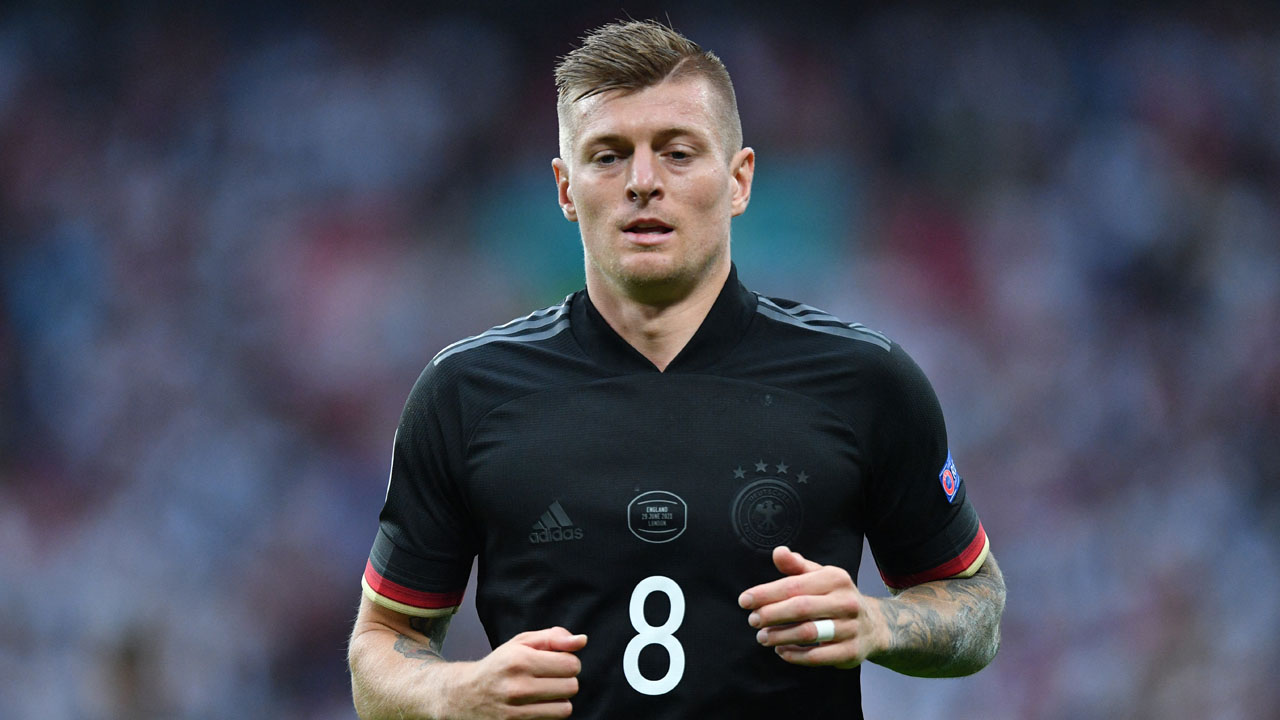 (FILES) In this file photo taken on June 29, 2021 Germany’s midfielder Toni Kroos jogs during the UEFA EURO 2020 round of 16 football match between England and Germany at Wembley Stadium in London. – Toni Kroos announced on July 2, 2021 he was retiring from Germany’s national football team, days after the team was knocked out of Euro 2020 by England. (Photo by JUSTIN TALLIS / POOL / AFP)

Germany midfielder Toni Kroos said Friday he was retiring from international football, days after the team was knocked out of Euro 2020 by England.

“I have played 106 times for Germany. There will not be another time,” wrote the 31-year-old Real Madrid player on Twitter.

“I had already made the decision to retire after this tournament for some time,” he added, referring to the European championships.

“It had been clear to me for a while that I will not be available for the World Cup 2022 in Qatar.”

Kroos said he planned in the next years to place his “full concentration” on Real Madrid.

“I would also like to be there more as husband and father for my wife and children,” he wrote.

Thanking supporters and critics alike, Kroos also had special words for Joachim Loew, who bowed out as national coach on Tuesday following 15 years in the job.

“He made me a national team player and a world champion. He trusted me. We wrote a success story together.”

Loew first picked Kroos for a friendly against Argentina in 2010. He went on to play a bit-part in that year’s World Cup campaign in South Africa when the Germans finished third.

Four years later he was a key component, playing every minute of every game and scoring twice in the 7-1 semi-final demolition of hosts Brazil, as Loew’s side lifted the World Cup trophy.