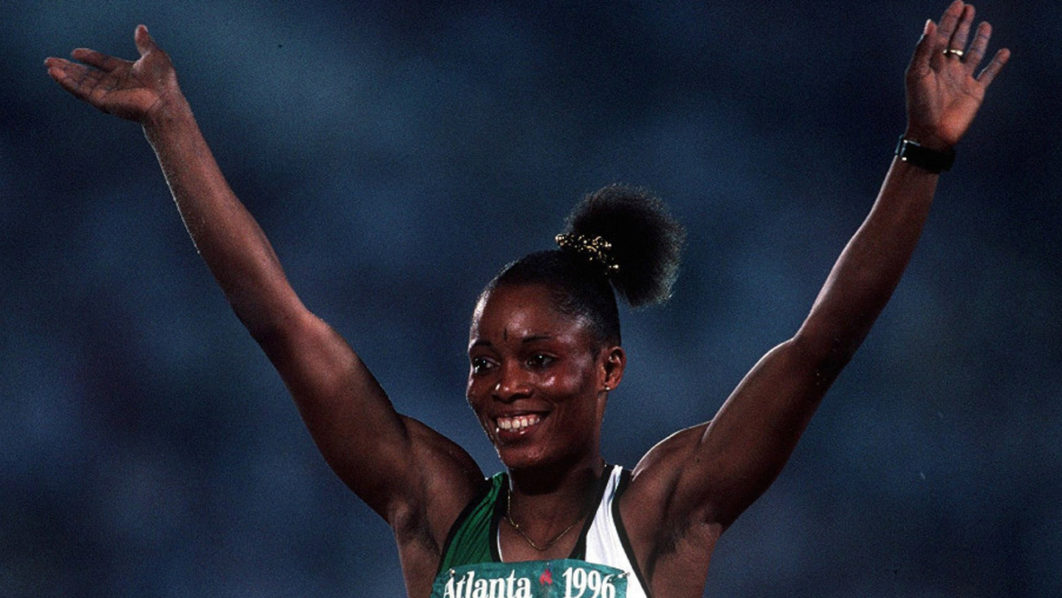 Honour, at the weekend, came the way of Assistant Commissioner of Police, Chioma Ajunwa, 25 years after becoming the first Nigerian to win a gold medal in the Olympics. Ajunwa won the long jump event at the 1996 Olympic Games held in Atlanta, United States.

Ajunwa, who was celebrated at a ceremony in Lagos by the Great Dynamic Talents, under the leadership of the Nigeria Football Supporters Club Chairman, Rev. Samuel Ikpea, said Ajunwa deserved to be honoured for the glory she brought to the country, adding that there are plans to put up a project in honour of the forgotten heroine.

“It is all about success, a celebration of success, a success that was recorded 25 years ago by one distinguished personality, Chief (Dr.) Chioma Ajunwa Opara (MON). You will recall that she won the first Olympics gold medal for this country. And I stand to be proven wrong, up till now, nobody (a Nigerian) has broken that record. And Great Dynamic Talent has put up a project to celebrate the success of Ajunwa in a theatre way. We are celebrating her trials, successes and testimonies,” he said.

Speaking at the event, Ajunwa thanked Great Dynamic Talent for the tribute and expressed appreciation to both Chief Segun Odegbami and the Nigeria Police Force for the roles they played in her Olympics glory.

“I want to thank you all for being here at this glorious event to honour me. Today will be highly treasured in my life and I think this is the first time I have seen a body in Nigeria deeming it fit to celebrate one of their own, who is still alive. I am so excited, I am so happy, deeply from my heart, but I would have wished my mum were alive to see this.

“Ajunwa is still bouncing; patriotism, passion, the zeal I have for sports I believe is what is keeping me in Nigeria. For this singular honour, I think after all I didn’t make a mistake competing for this country. I didn’t know there were still people that have my interest at heart.