Brother to Music legend, Tuface Idibia, Charles has continued to drag his wife, Annie on social media over her recent accusations against the star.

Recall that 2baba’s wife had earlier called out her husband for sleeping over at his ex-lover Pero’s house.

Annies outburst led to some back and forth between her and Tuface’s brother, Uduak on social media as they insulted each other.

Charles in a new post on his Instagram page on Saturday accused Annie Idibia of assaulting and humiliating Tuface on several occasions.

“Even though I have been nothing but respectful to you…you can’t actually be demanding respect from me anymore when you have none for your husband or any for members of his family, his friends, or his staff,” he wrote.

“You publicly humiliate him every chance you get, from pouring him food at my wedding to throwing a bottle of Hennesy at the workplace or shouting at him at the top of your lungs in front of his celebrity friends or acquaintances. You also fight at the airport …just to mention a few.”

Tuface’s brother also clarified the allegation that his family is fond of milking the music legend dry.

“You’re quick to shout and mention seven kids and your husband being sulked dry, but you filled your home up with four maids, 2. P.A’s, a live-in mum, a live-in cousin, and a brother at the annex just to take care of your two daughters,” His accused. 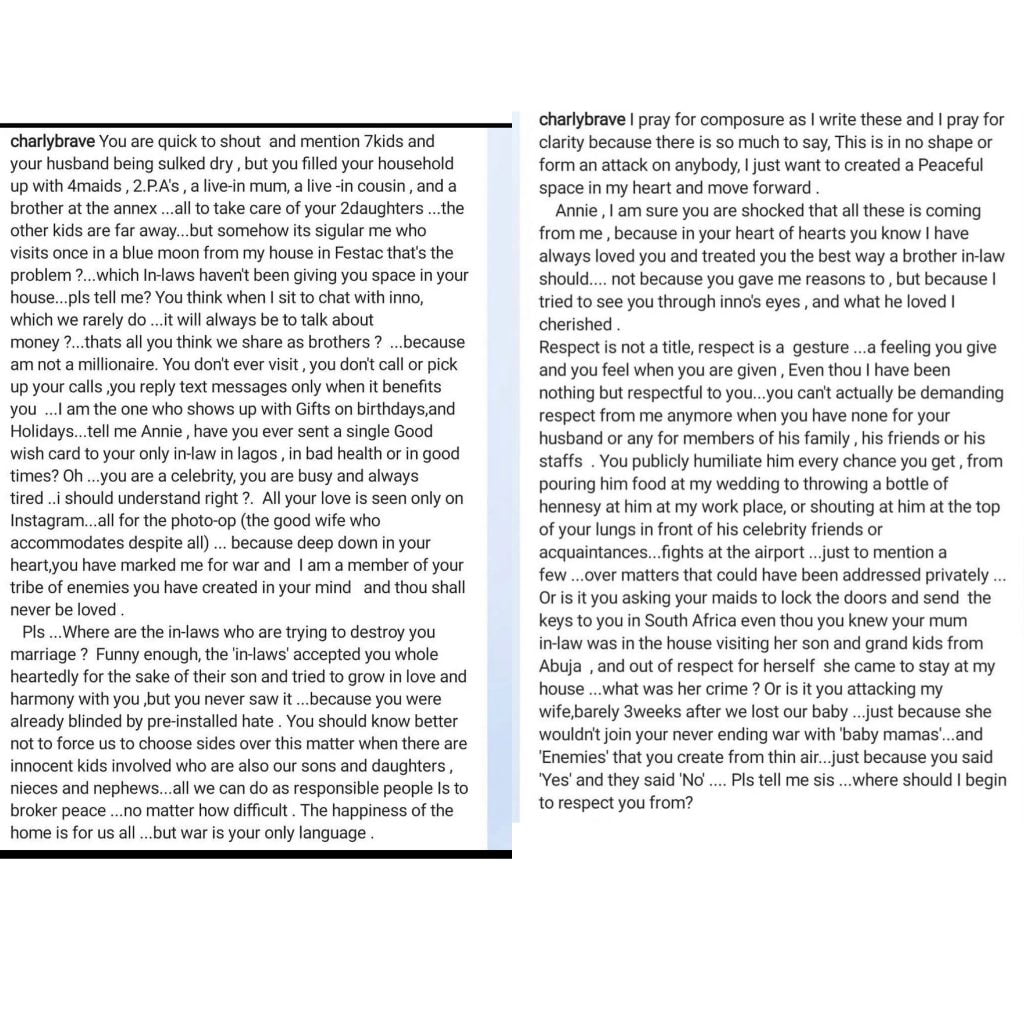