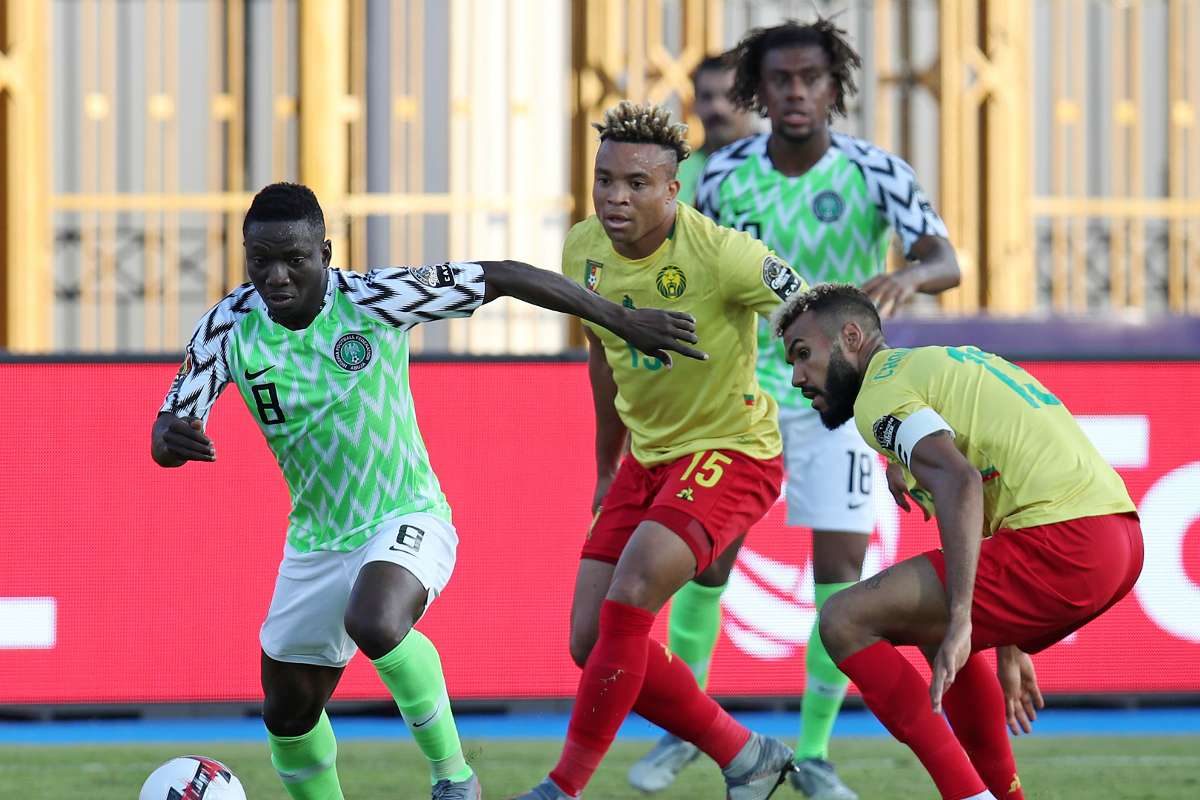 A 36th minute strike by relegated Fulham striker, Anguissa Zambo, was all the Indomitable Lions of Cameroon needed to beat their African rival, Super Eagles of Nigeria in an international friendly match played at Stadion Wiener Neustadt in Austria yesterday.

The defeat, which was the first for the Lions in their last four games dented Nigeria’s unbeaten run.Two years ago at Egypt 2019 African Cup of Nations (AFCON), the Lions were on their way to the quarterfinal after scoring two quick goals in Alexandre, but the Super Eagles came from behind to knock them out with a 3-2 win.

But the game in Austria yesterday saw the Nigerians putting their foot wrong with poor string of passes and lack of coordination.

Moses Simon came close to giving Nigeria the equalising the goal in the second half, but his shot from 25m was parried to corner by the Cameroonian goalie Omatsola. Paul Onuachu also missed an opportunity as the Eagles tried to gain control late in the second half of the match.

In all, Nigeria and Cameroon have met 23 times with the Eagles winning 11 times against the Lions’ five. Seven of their matches had ended in a draw.

The two teams will continue their fierce rival in a second game also at the Stadion Wiener Neustadt in Vienna on Tuesday.