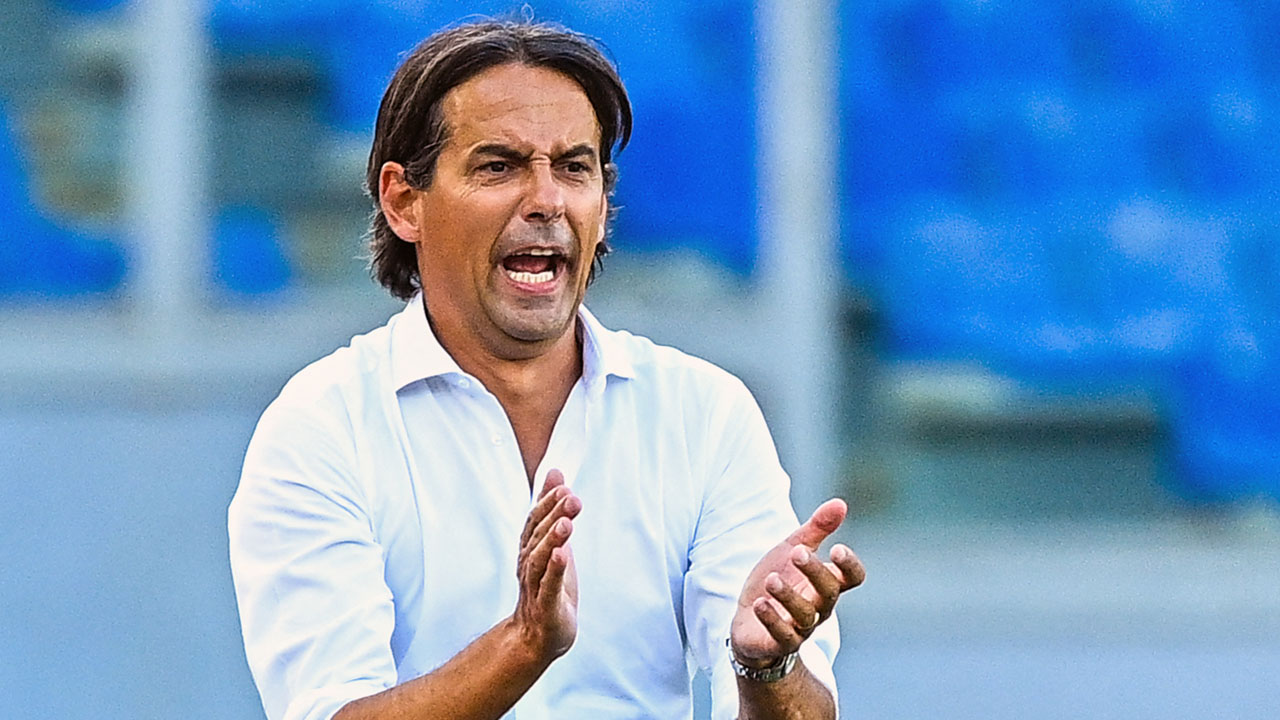 (FILES) In this file photo taken on July 11, 2020 Lazio’s Italian head coach Simone Inzaghi cheers his players during the Italian Serie A football match Lazio Rome vs Sassuolo at the Olympic stadium in Rome. – Serie A champions Inter Milan have named Simone Inzaghi as their new coach following the departure of Antonio Conte, the club announced on June 03, 2021. (Photo by Vincenzo PINTO / AFP)

Serie A champions Inter Milan have named Simone Inzaghi as their new coach following the departure of Antonio Conte, the club announced on Thursday.

Former Lazio boss and Italy international Inzaghi, 45, has signed a two-year deal at the San Siro.

Eight of the clubs that finished in the top 10 of Serie A have changed coach since the end of the season.

Inzaghi, the younger brother of former Juventus and AC Milan striker Filippo, left Lazio last week after a five-year spell in charge, turning down an offer of a contract extension to instead take up the challenge at Inter.

Conte walked away last month with a year still left on his deal following clashes with the club’s cash-strapped Chinese owners.

The ex-Juventus and Chelsea coach refused Suning’s planned cost-cutting which would have prevented him from building the team he wanted to challenge at home and in Europe.

Conte led Inter to their 19th Italian league title, and first since Jose Mourinho’s treble-winning side in 2010.

However, he could see versatile Morocco star Achraf Hakimi depart this summer along with Argentine striker Lautaro Martinez.

Hakimi, 22, is drawing strong interest from Paris Saint-Germain, while the 23-year-old Martinez has been linked with a move to Spain.

Slovakia defender Milan Skriniar is another player who could depart, although club officials have insisted they will limit the sales of first-team regulars.

Romelu Lukaku confirmed his future with Inter on Wednesday, revealing he had spoken to Inzaghi before the news of his appointment was made public.

“Yes, I’m staying at Inter. Maybe I shouldn’t say it yet but I’ve already talked with the man who is likely to become the new coach. It was a very positive conversation,” Lukaku told Belgian broadcaster VTM.

Inter will be Inzaghi’s second job in club management. He coached the youth teams at Lazio, where he spent much of his playing career, before taking over the main role in 2016.

He led Lazio to the last 16 of the Champions League last season, the club’s first appearance in Europe’s premier club competition since 2007-08.