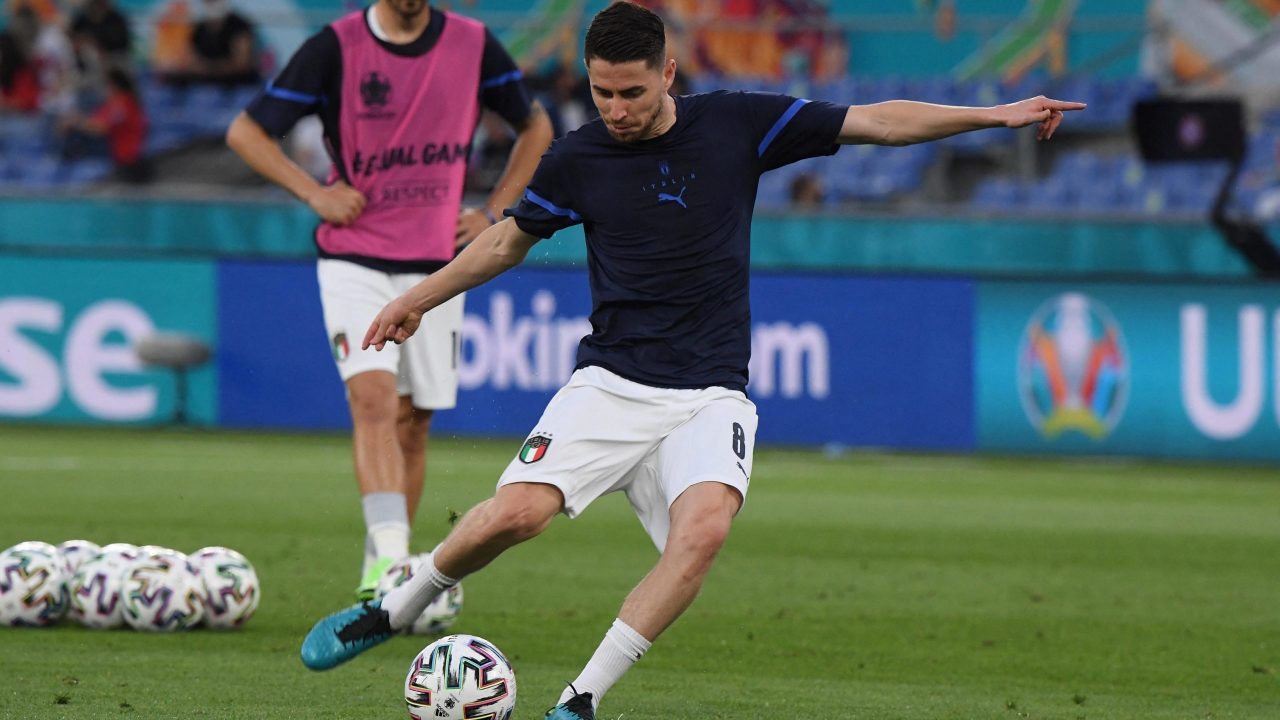 Italy’s midfielder Jorginho warms up prior to the UEFA EURO 2020 Group A football match between Turkey and Italy at the Olympic Stadium in Rome on June 11, 2021. (Photo by ALBERTO LINGRIA / POOL / AFP)

Italy midfielder Jorginho said on Sunday that he sees the same hunger in his national side’s Euro 2020 squad as his Chelsea team that recently lifted the Champions League trophy.

Italy are top of Group A after a 3-0 win over Turkey and next play Switzerland on Wednesday followed by Wales on Saturday.

“This group resembles Chelsea, it’s wonderful, they are so hungry and want to prove something, from the youngest to the most experienced,” former Napoli player Jorginho told a press conference.

“We have learned (coach Roberto) Mancini’s philosophy, what he wants is in our heads.

“I still have a great desire to win. I don’t want to stop now. I would like to experience those same emotions with the national team.”

Jorginho, who has scored five goals in 29 appearances for Italy since 2016, also drew comparisons between Italy midfielder Nicolo Barella and Chelsea’s N’Golo Kante.

“They are very similar in characteristics,” the 29-year-old said.

“They have physical power, they run for all 90 minutes and cover the field. They give me a big hand in midfield recovering balls.

“There are many great players here, with great personalities.”

Four-time world champions Italy are looking for a second European Championship title after their sole triumph in 1968.