Iroha wanted to bring Mami and Tsuruno to their senses, but Yachiyo reminds her that the two got possed by evil powers. Touka and Nemu talked about saving the Magical Girls without torturing them. Touka reminds Nemu that they don’t have to act like good girls and pity the Magical Girls since they are now considered gods. The gods will step up and protect the Magical Girls. Tsuruno lands on top of horses and welcomes the Magical Girls to the Chelation Land, where they can enjoy and relax.

Iroha reminds Tsuruno that they are Magical Girls and they don’t have to fight each other. Yachiyo comments that Tsuruno is getting controlled by someone. Mami reminds Tsuruno about their duty of saving the Magical Girls. Mami talked about Tiro Finale Holy Night. One of the girls thinks that it is a shame for Mami to getting controlled by a stranger and becoming a slave. Mami and Tsuruno begin to launch their attacks. Yachiyo told Homura to dispel Mani’s magic. Homura thinks that is the Witch’s Labyrinth.

Magical Girls decide to get to a safe place since they can’t avoid Mami’s barrages. Tsuruno chased them from the sky and told Yachiyo not to rush while exchanging sword slashes. Yachiyo keeps defending while buying time for Magical Girls to take cover. Iroha notices that Tsuruno is dominating Yachiyo and stop to help her. Iroha reminds Tsuruno that she has a good heart and she can snap out of the darkness. Yachiyo adds that they can face reality. 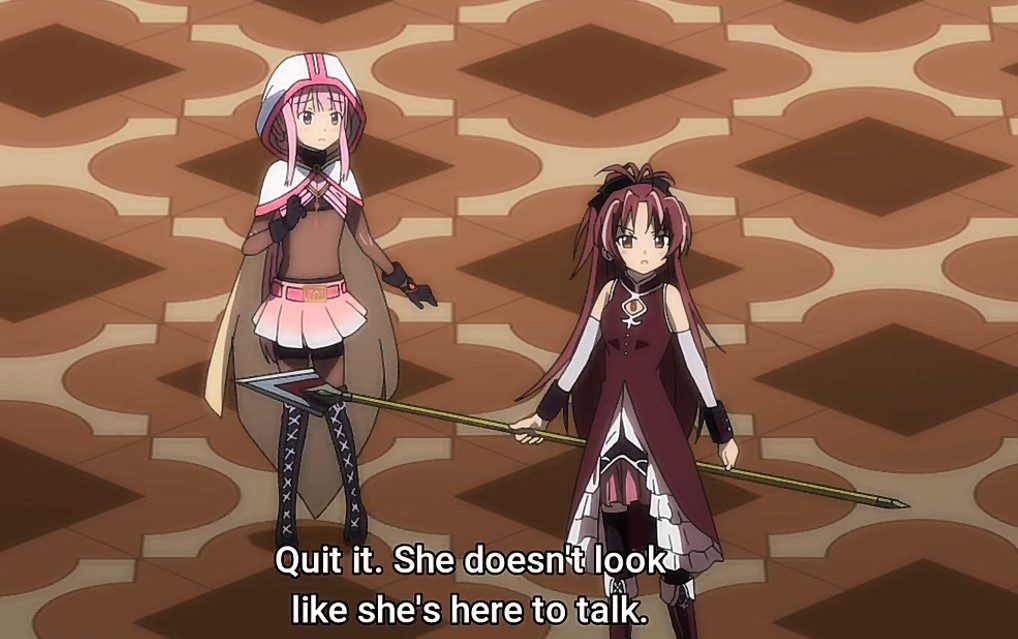 Tsuruno landed a blow that sent Yachiyo flying. Iroha dives and cashes Yachiyo before hitting the ground. She calls out Nemu and Touka to show themselves and realizes that those two are behind this. Tsuruno comments that people who make noise are not welcome since they will make the visitors leave the park. She uses lighting strikes to smash Iroha, who blocks it with a shield while covering Yachiyo, who is injured and recovering from the last strikes. The girls notice that they don’t stand a chance against the two and decided to escape since the combined attacks of  Mami and Tsuruno are dangerous and poses a threat to their lives.

Sana and Felicia arrive and begins to help the girls. The two encountered Yachiyo and talked about the battle. Yachiyo replies that she is not here to hurt anyone, but she is not interested in becoming a Witch. The girls find the truth behind that Embryo Eve and that Sana receives a strategy from Mifuyu. Mifuyu and Momoko tried to convince Matanama and told her to retrieve Tsuruno and Mami from the Uwasa. Matanama reveals what they have to do to take down the Uwasa. Later Yachiyo unleashes that technique to Tsuruno, but nothing works, and the Uwasa still controls the two. 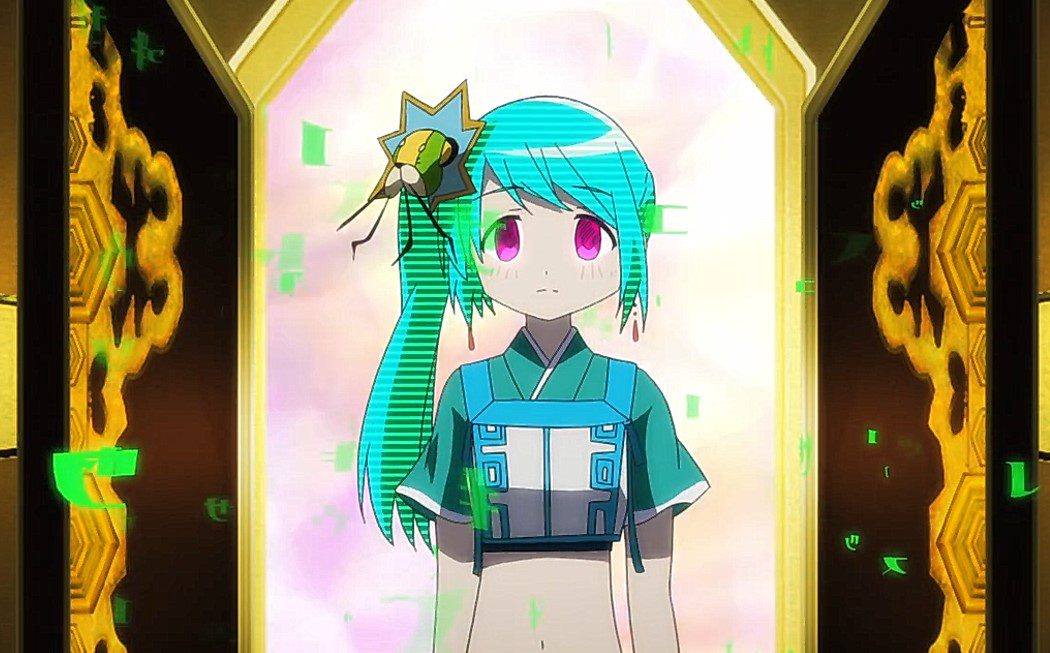 Also Read: Most Popular Volleyball Anime Like Haikyuu That You Should Watch

Where To Watch Magia-Record Season 2 Episode 8

Also Read: Best Live Action Adaptations Of Anime Ever Made