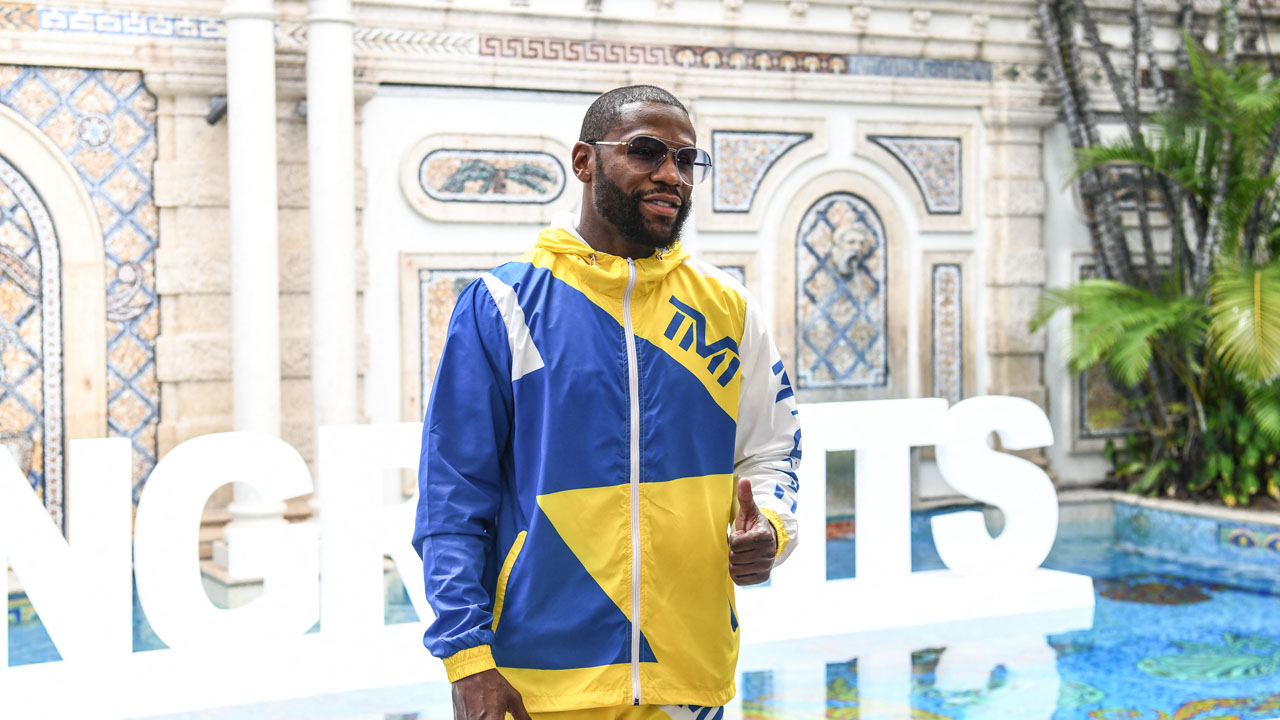 Floyd Mayweather has invited ridicule ahead of his latest return to the boxing ring but the unbeaten American couldn’t care less.

The dubious prospect of Mayweather, the 44-year-old former welterweight world champion who retired with an unblemished record of 50-0, taking on a 26-year-old internet star with just two bouts to his name, has been greeted with disdain in much of the sporting world.

Promoters are hoping the event will generate pay-per-view sales in the two million range, delivering a lucrative payday for its protagonists.

Jake Paul, Logan’s younger brother, reportedly brought in 1.3 million views and earned around $75 million for his fight in April against mixed martial artist Ben Askren, so it’s plausible to imagine those numbers could be trumped given Mayweather’s appeal and the social media popularity of his opponent.

Mayweather meanwhile is aware his first foray into the ring since another exhibition fight in Japan on New Year’s Eve in 2018, which ended in the opening round, has left the boxing purists cold.

Yet the American brushes off the criticism of those who believe he is tarnishing his legacy and the sport.

“I don’t really worry about the (pay-per-view) numbers,” Mayweather told AFP on Thursday. “I am just here to have fun and entertain.

“Everyone is entitled to their own opinion. I live for Floyd Mayweather and I choose what I want to do. If I want to go out, have some fun and make $50, $60, $70, $100 million, let me do it. I am not bothering anyone. I am not out robbing or killing. I am doing what I want to do.

“I retired but I didn’t retire from entertaining and making money.”

Mayweather broke the mold in 2017 when he came out of retirement to beat UFC star Conor McGregor in a money-spinning crossover event in Las Vegas which triggered the recent trend of boxers searching for opponents outside of the sport.

With the Paul brothers both garnering huge attention for their respective bouts over the last few years – Jake is 3-0 while Logan’s record is 0-1-1 – promoters and fighters keen to make extra money have become creative.

“We have always thought outside of the box,” Leonard Ellerbe, chief executive of Mayweather Promotions told AFP.

“Floyd has beaten more world champions than anyone but the die-hard fans will never give him the credit he deserves. Everyone is entitled to their own opinions and that’s fine. Floyd will live his life how he wants to.”

A chaotic pre-fight media availability on Thursday at the former Miami mansion of murdered fashion icon Gianni Versace suggested interest in the event is high, despite the premise proving unpalatable for many.

Logan Paul, whose first fight against fellow YouTube star KSI in August 2018 generated 1.3 million buys worldwide and made the event in Manchester, England the largest non-professional boxing match of all time, said: “This whole thing is just so crazy, we have already defied the odds. When my manager asked if I wanted to fight Floyd Mayweather I just laughed.

“I am here to achieve the impossible.”

For Mayweather, however, it’s just another payday and a return to the limelight.

“You know what’s crazy? I am in a no-win situation,” he said.

“But it’s always worth it for me. I want to give the people what they want to see and have some fun.

“We chose Sunday because we wanted to do something different – events like the Super Bowl and the Grammys are always on a Sunday. I always like to take chances.

“I am fighting a Youtuber and getting paid crazy money for it. That’s not bad for someone who has retired.”