Most Popular Football Anime That You Shouldn’t Miss Out

What are the most popular football animes? Football is one of the grandest sport in the world. After all, it’s the most followed sport at the moment tt with a fan following of 4 billion people.  Watching a football match between two teams always fills you with a lot of adrenaline. Then, aside from the matches, there are also stories about players and teams, like their uprising or downfall. Then players like Lionel Messi and Cristiano Ronaldo who become the symbol of football. The sport is vast and full of drama and emotion.

Because of football’s popularity, there have been countless movies and dramas revolving around the sport. Not just movies and drama, there are football video games, like the FIFA franchise, which is the most popular sports video game. So how can there be nothing for anime otakus involving football? There have been some great football animes which even became the inspiration for many people to take the sport seriously. You wouldn’t even believe names like Zinedine Zidane and Andres Iniesta became footballers after watching football animes. Therefore, we will see some most popular anime that you shouldn’t miss.

This football anime takes on a journey with the high school soccer team, Kickers. They are known for their losing strikes as one of the weakest teams. However, their new addition, an optimistic forward, Kakeru Daichi, brings a new spirit to the team. Then the team works their way to success and gets rid of the tag of losers. This is one of the most popular football anime, as it teaches some important lessons like bonding with teammates and the spirit to never give up. This anime is the creation of Noriaki Nagai. It was published in CoroCoro magazine by Shogakukan from 1985 to 1989. Further, it also won the award in 1987 for best children’s manga. Later, an anime adaptation aired from 1986 to 1987, comprising of 26 episodes. 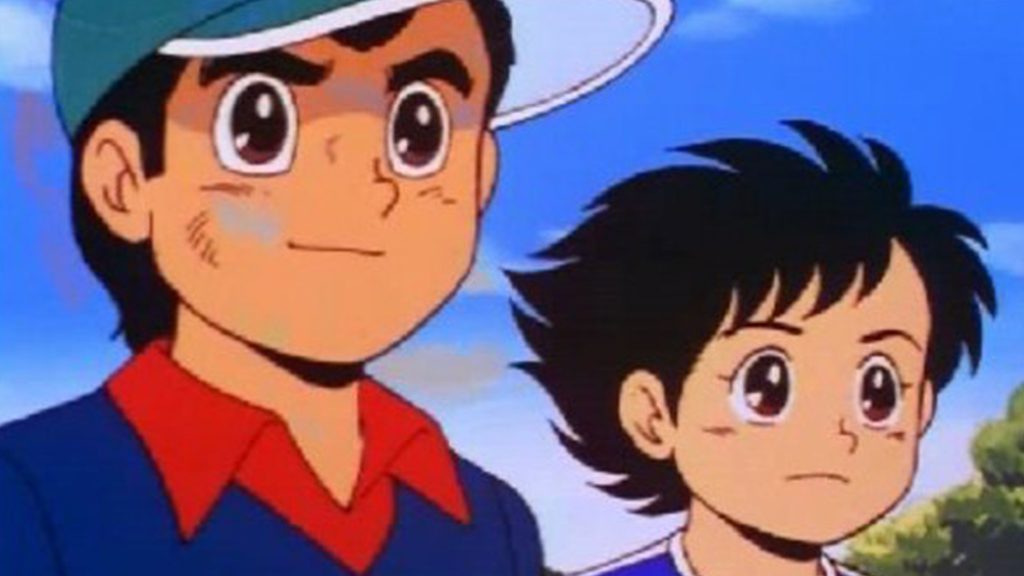 This anime is the pioneer of football as a theme for anime. Mangaka Ikki Kajiwara created this series and thje manga published from 1970 to 1971. As soon as the manga came out, it became an enormous hit among the kids. Therefore, an anime adaptation was also aired besides the manga, the anime aired from April 13, 1970, to April 5, 1971, consisting of 52 episodes. The story of Akakichi no Eleven revolves around a high school freshman, Shingo Tamai. He doesn’t get along with the school’s football coach, Tenpei Matsuki, and his team. Therefore, Shingo starts his own team with his friends to defeat Matsuki’s team and become the strongest team in the world. 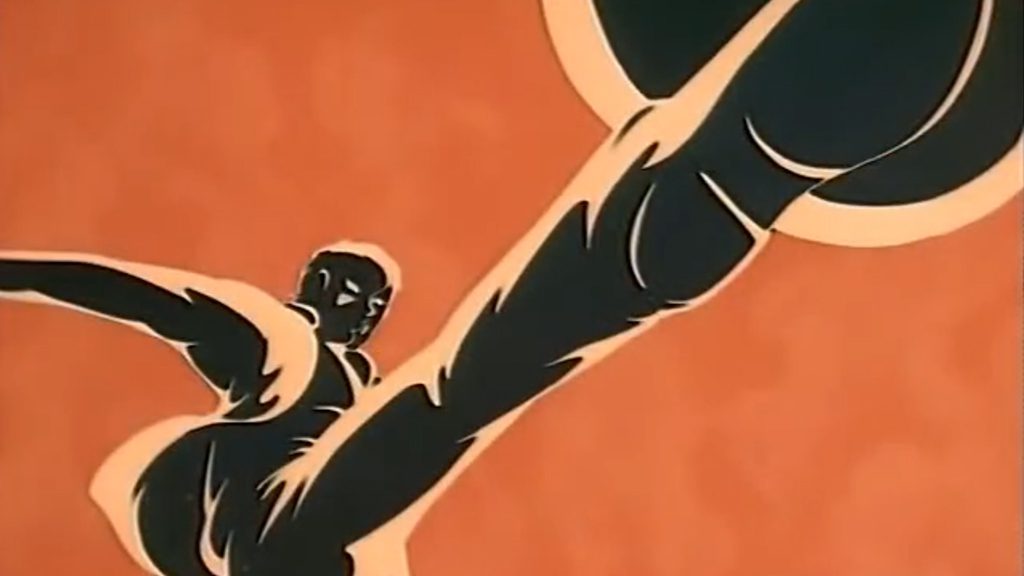 This anime is one of the most popular football anime in the world, it has been the inspiration for many real-world football talents like Iniesta and Neymar. Captain Tsubasa revolves around an 11-year-old footballing talent, Tsubasa Ozora. He dreams to become the greatest footballer and win the World Cup for his country. His skills got him into a big-name club like FC Barcelona. The anime also portrays players based on real-life players like Puyol, Xavi, and Samuel Eto’o. Yōichi Takahashi is the creator of the series, which was published in Weekly Shonen Jump from 1981 to 1988. Whereas the anime aired from 1983 to 2002. Later a reboot anime series aired in 2018. 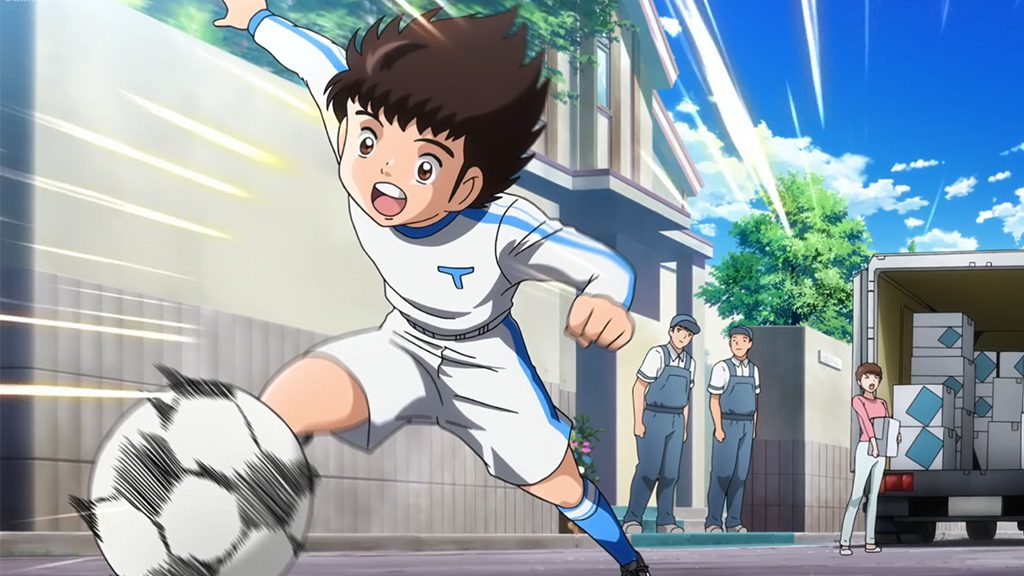 7. The Knight in the Area

This anime tells us the story of the Aizawa brothers, Suguru and Kakeru, and their love for soccer. However, both brothers get into a deadly truck accident. Suguru Aizawa dies in that accident, and Kakeru was severely injured and got a heart transplant from Suguru. After the accident, Kakeru returns to football to get to the top and win the World Cup. Hiroaki Igano was created, and it was published in Weekly Shonen Magazine from 2006 to 2017. Meanwhile, the anime aired from January 7, 2012, to September 28, 2012. The anime portrays the importance of bonds with family and friends and respect for teammates and rivals. This is the reason it is one of the most popular football anime that you should watch. 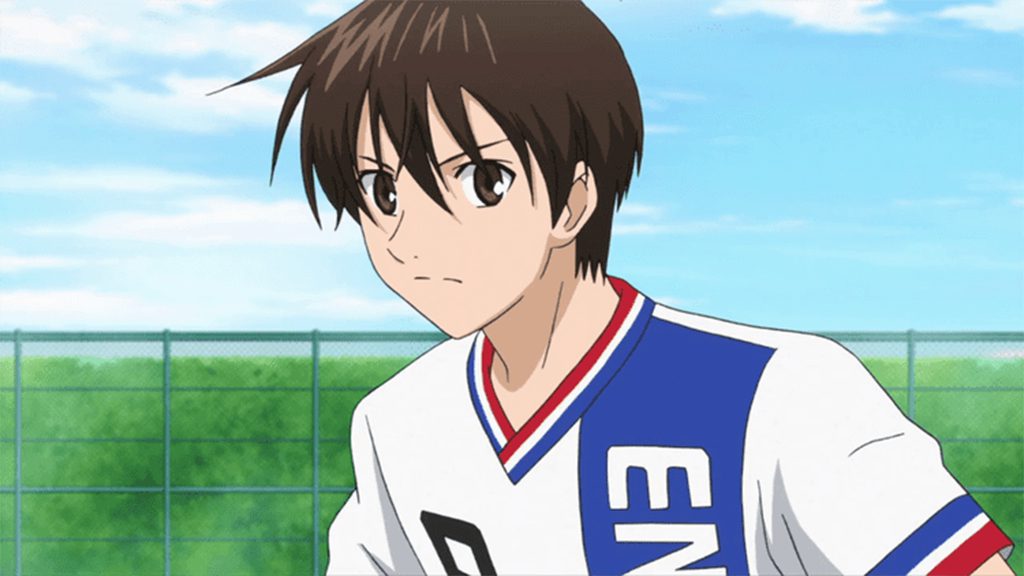 The Knight in the Area

Victory Kickoff!! Also known as Ginga e Kickoff!! Tells the story of a sixth-grader, Oota Shou, who plays for an elementary school team, Momoyama Predators. After his team got disbanded, Shou looks for players to rebuild his team, Further, despite being not too good himself in the sport, Shou aims to become the best footballer in the world. The anime is an adaptation of Mangaka Hiroto Kawabata’s manga, Ginga no World Cup. The anime was released on 3 April 2013, and after 39 episodes, it ended on 26 February 2013. 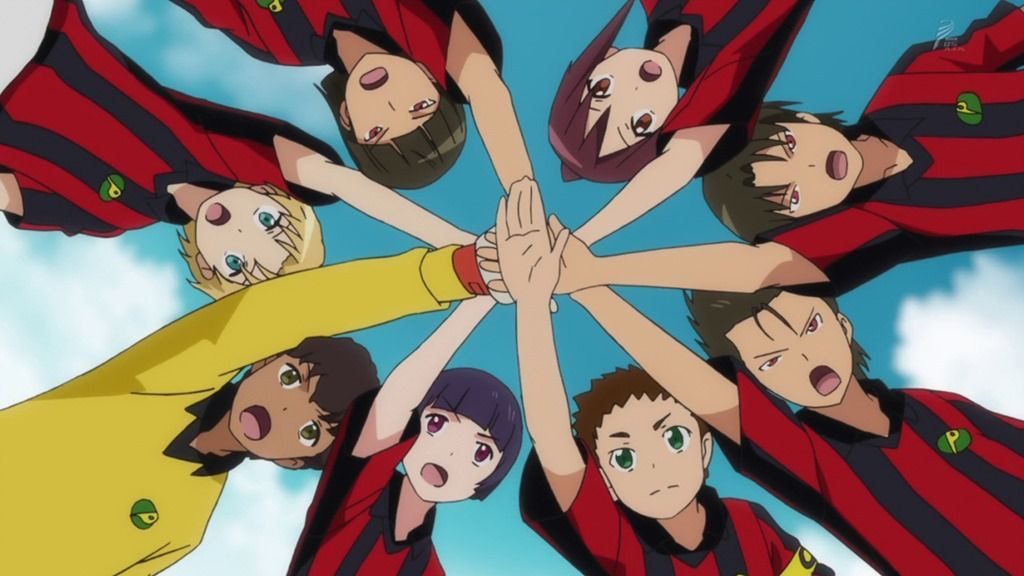 Legendary Blue Shoot! is the anime adaptation of Tsukasa Ōshima’s manga, Shoot!, which was serialized by Kondasha from 1990 to 2003. The anime adaptation began airing in 1993, and it has 58 episodes. The story revolves around three friends, Toshi, Shiraishi, and Hiramatsu. The trio joins the Kakegawa High School to play with their idol, Yoshiharu Kubo. However, after Kubo’s death, the team break down. But soon, the trio and the whole team get backs on their feet and aims to follow their late captain Kubo’s ideology to enjoy soccer and becoming the number one in Japan. 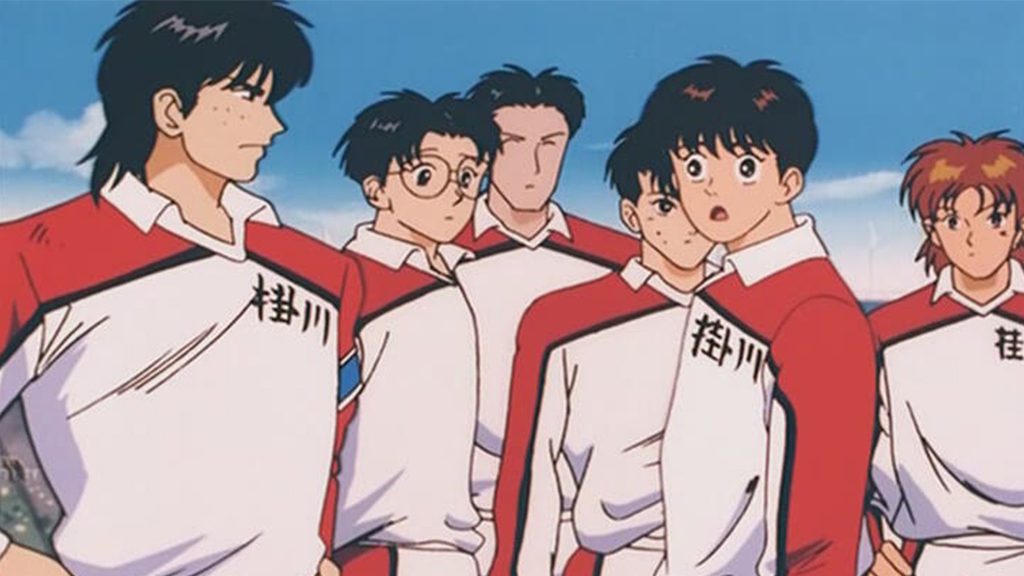 This football anime follows a middle schooler, Shō Kazamatsuri. He loves playing football and aims to be at the top one day. However, Sho isn’t gifted with many skills for the sport. But after transferring to Sakura Jōsui Junior High School, Sho joins the football club, and with the help of his new friends, Sho becomes better at football and gets closer to his dream. This anime series is based on Daisuke Higuchi’s manga with the same name. Further, the anime aired from May 5, 2002, to February 3, 2003, and it consists of 39 episodes. This is one of the most popular football anime because it portrays the importance of handwork, how anyone with no natural talent can even hone his skill to become great one day. 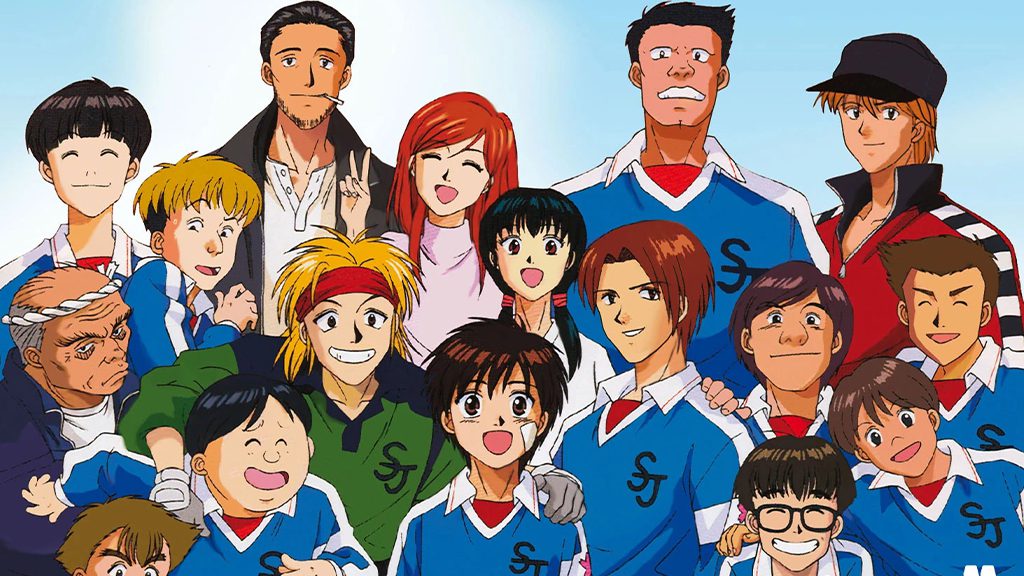 As the name suggests, this anime is about defeating Giants, but instead of defeating gigantic monsters, it’s about taking down big-name clubs. Tatsumi Takeshi was once a renowned footballer, but after retiring as a player, he showed a much greater potential as a manager. East Tokyo United (ETU), who are struggling in their league, hires Tatsumi to rise to glory. Thus, with the help of Tatsumi, ETU takes down big clubs and rises to the top. The 26 episode football anime aired from April 4, 2010, to September 26, 2010. Further, it is the anime adaptation of Masaya Tsunamoto’s manga with the same name. 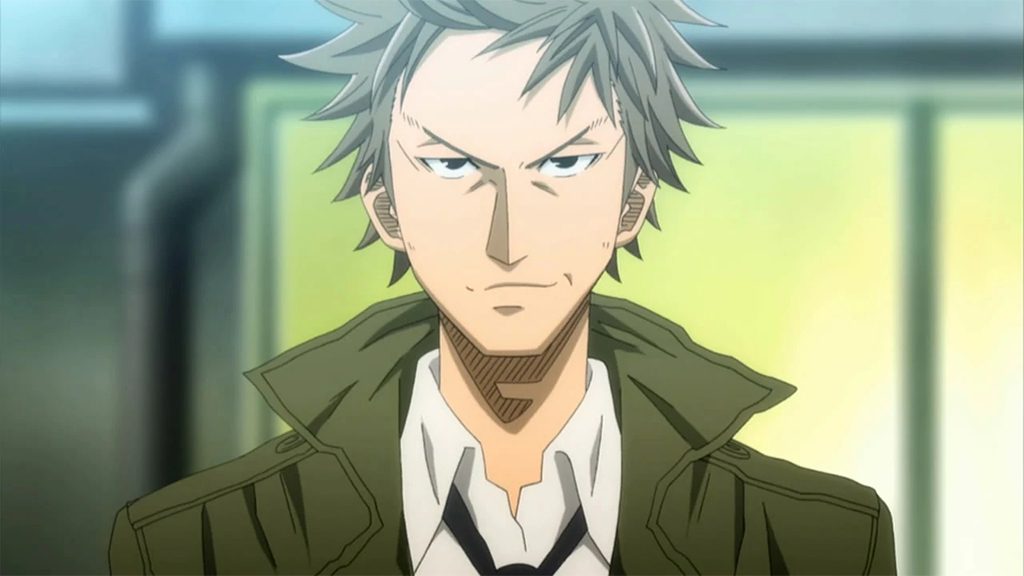 There are many stories about many football players who were lost in the shadows of their successful siblings. Hungry Heart: Wild Striker follows the story of Kanō Kyōsuke, a high school student who loves to play football. However, everyone compared Kyosuke to his famous star player brother, Kanō Seisuke. Therefore, he loses his passion for the sport. But after entering his new school, Kyosuke comes across friends who rekindles his flames for football. Thus, Kyosuke also aims to get better than his brother and become a successful player. This anime is also the creation of Captain Tsubasa’s mangaka, Yōichi Takahashi. Further, the anime aired between 2002 and 2003, consisting of 52 episodes. 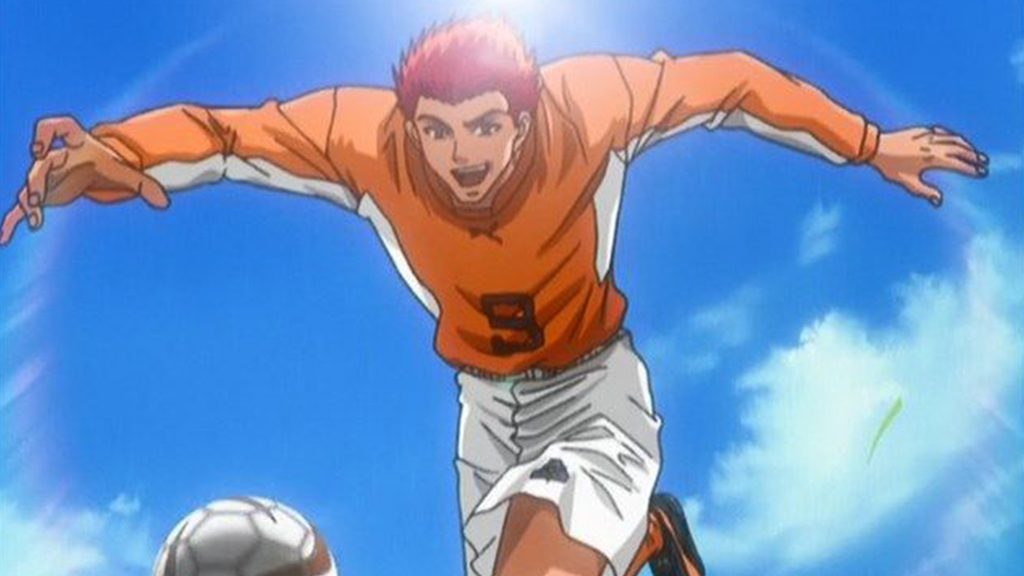 Inazuma Eleven is the most popular football anime in the world. This series inspired many kids to play football. The anime revolves around Raimon Middle School’s soccer club, Inazuma Eleven, which was once hailed as a great club. But over the years, it lost its fame and is on the verge of disbanding. However, the current captain and gaolkeeper, Endou Mamoru, looks for new players to make a squad and restore the club’s legendary status. Inazuma Eleven is the anime adaptation of Level-5’s video game with the same name. Further, the original anime series has 127 episodes, which aired from 2008 to 2001. A sequel series, Inazuma Eleven GO, came out in 2011. The events of the sequel series take place ten years after the original series. After 141 episodes, the sequel series also ended in 2015. 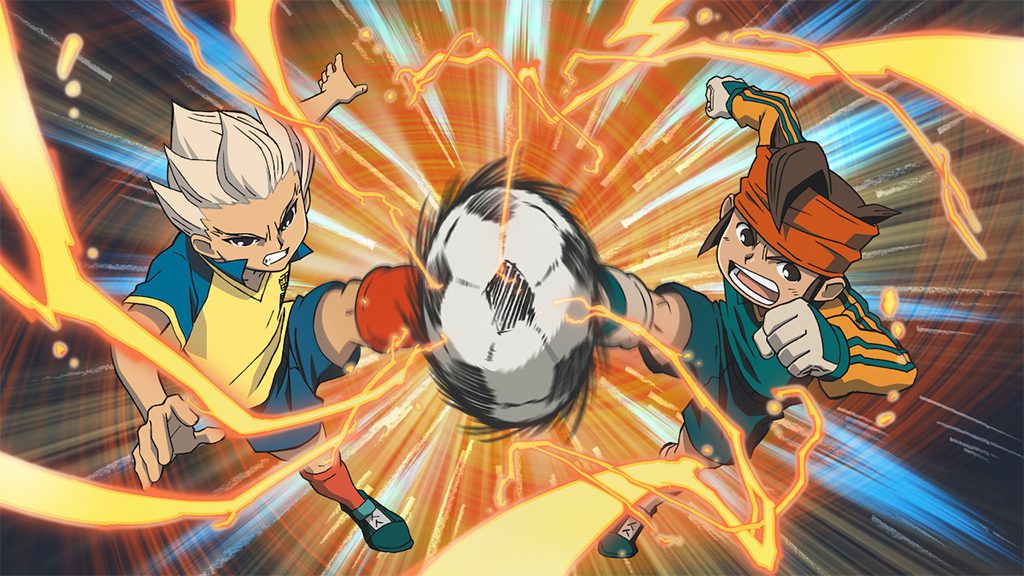