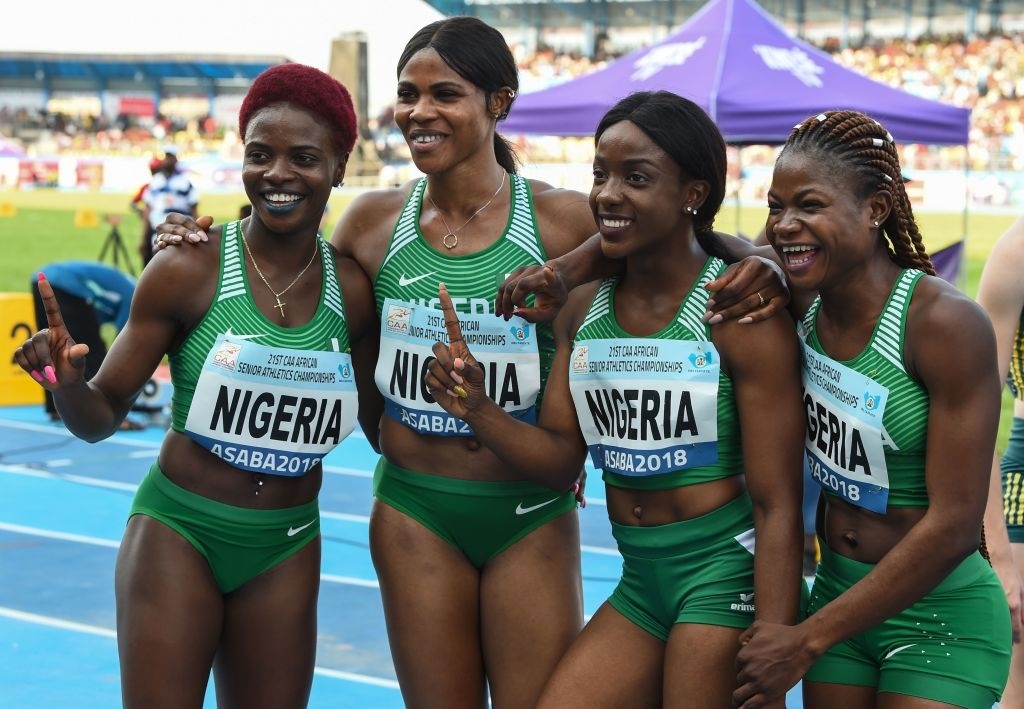 Nigerian men and women 4x100m, as well as the 4x400m relay teams, have another chance to secure qualification for the Tokyo Olympics today after several missed chances.

They face teams from Cote d’Ivoire, Senegal, Benin Republic, Zambia and Cameroun in today’s invitational relay at the Athletics Federation of Nigeria Olympics trials in Lagos.

Blessing Okagbare, Grace Nwokocha, Joy Udo-Gabrael and Time Godbless are among the nation’s female runners in the 4x100m relay, while Enoch Adegoke, Jerry Jakpa, Godson Brume and Seye Ogunlewe will battle for the men’s 4x100m ticket.

Patience Okon-George, Yinka Ajayi, Glory Patrick, Imaobong Nse Uko Knowledge Omovoh and others yesterday rehearsed for the 4x400m task. They are currently rated 17th in the world. The team must grind out at least a 3.29.10secs to land a slot.

The men’s team, which stands at 17th, faces a herculean task as they have to run at least 3.02.40 seconds to leapfrog other teams in the race to Tokyo.

However, former Nigerian track and field great, Mary Onyali, went out of her way yesterday to physically attacked some journalists at the Athletics Federation of Nigeria Olympics trials at the Yaba College of Technology, Lagos.

Trouble started when a short putter missed his cue and his put landed on the shoulder of a technical official, who was standing close to the timekeepers’ tent.

Onyali who is the chairperson of the trials’ organising committee, rather than be polite, ordered the evacuation of sports journalists under the tent by bringing in four policemen to throw the journalists out of the arena.

As if that was not enough, Onyali, who is the SSA to the Sports Minister, Sunday Dare, jumped on one of the journalists, Tobi Adegoke, who she accused of trying to embarrass her boss. She had to be restrained and bundled away by former hammer thrower, Gabriel Opuana who apparently prevented the situation from degenerating into a full-blown conflict.

Meanwhile, Tobi Amusan’s mission to rewrite the 100m hurdles 12.44sec record held by Gloria Alozie was thwarted by a malfunctioning timing device at the trials on Friday.

Amusan had dropped 12.55 secs in the semifinals and asked the cheering spectators to calm down. But when it mattered most, the timing device malfunctioned when the final race was flagged off much to the chagrin of all officiating officials and spectators.

Amusan was hand timed at 12.3secs and she was visibly angry at the development. Many spectators sympathised with her, particularly when the device came back on during the men’s race, which Oyeniyi Adegoye of Customs won with 13.83 secs.

“It was a malfunction, which we did not envisaged, there is little we could have done to help the situation,” said one of the technical officials.

But former 400m runner, Fatima Yusuf, insisted that there could have been a back up to prevent such a predicament. In the women 200m race, Grace Nwaokocha ran 22.87secs to beat Tima Godbless, who posted 23.44secs. Olayinka Olajide was third with 24.16secs.

The women 400m failed to provide any excitement as Patience Okon- George and Imaobong Nse Uko struggled for form and inspiration Okon-George clocked 52.24secs, Knowledge Omovoh was second with 52.71secs and Nse Uko tapped at 52.84secs. The events will end today.