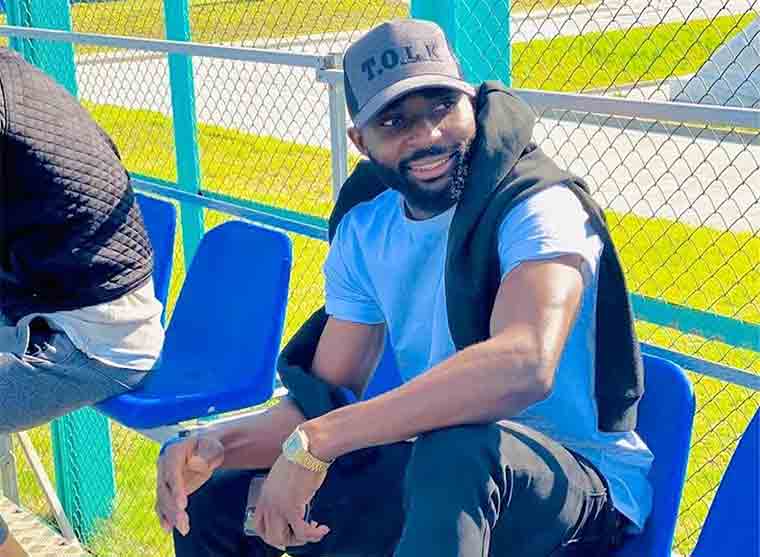 Belarusian club FC Vitebsk, yesterday, said that Nigerian footballer Kelvin Odenigbo drowned over the weekend in a tragic accident, according to BBC.

The body of 20-year-old Odenigbo, who sealed a move to the Belarusian Premier League side in March, was found on Saturday in the Beloye Lake, a tourist destination in the Vitebsk region.

Club doctors said an autopsy found “no violent marks on the body and there are no traces of alcohol in Kelvin’s blood. It was a drowning accident that shocked us all.”

His brother Ebuka, who plays for Kano Pillars in the Nigerian top flight, said Kelvin’s death had come as a huge shock to him because Kelvin could not swim and usually avoided water.

“This is a profound shock as he wouldn’t go near a swimming pool,” Ebuka told BBC Sport Africa.“I said this because he can’t swim at all. He doesn’t like water so I was shocked when they said he was found dead in a lake.”

While Ebuka has become a sensation in the domestic scene since switching from the University League to the Nigerian Premier League in 2019, Kelvin was only just settling down to life in Belarus.

Signed from Abuja-based NAF Rockets, the forward was a late substitute on May 28 as Vitebsk beat visiting FK Smorgon 5-0 in the league.

After four appearances, all as a substitute, so much was expected of Kelvin in the Eastern European nation so his passing came as a major shock to his family and the community in Makurdi.

“I got the shocking news shortly before the kick off of our league match against Enyimba on Sunday,” added Ebuka.

“We had finished the pre-match warm-up and was about going on the pitch to play when I heard about it. I told the coach to excuse me from the game because I wasn’t myself.

“It’s been very difficult, the news has come as a shock and I have been given permission by the club [Kano Pillars] to be with my parents.

“I’m on my way to our base in Makurdi because my Mum and Dad are in disbelief. I also don’t have the right words to say to them right now.

“The club has been in touch about his death and requested for a talk but I cannot say anything until the family are bale to come together for a meeting.” Following the death of their Nigerian player, there were calls for Vitebsk fans to pay tribute to him at the club facilities in Belarus.