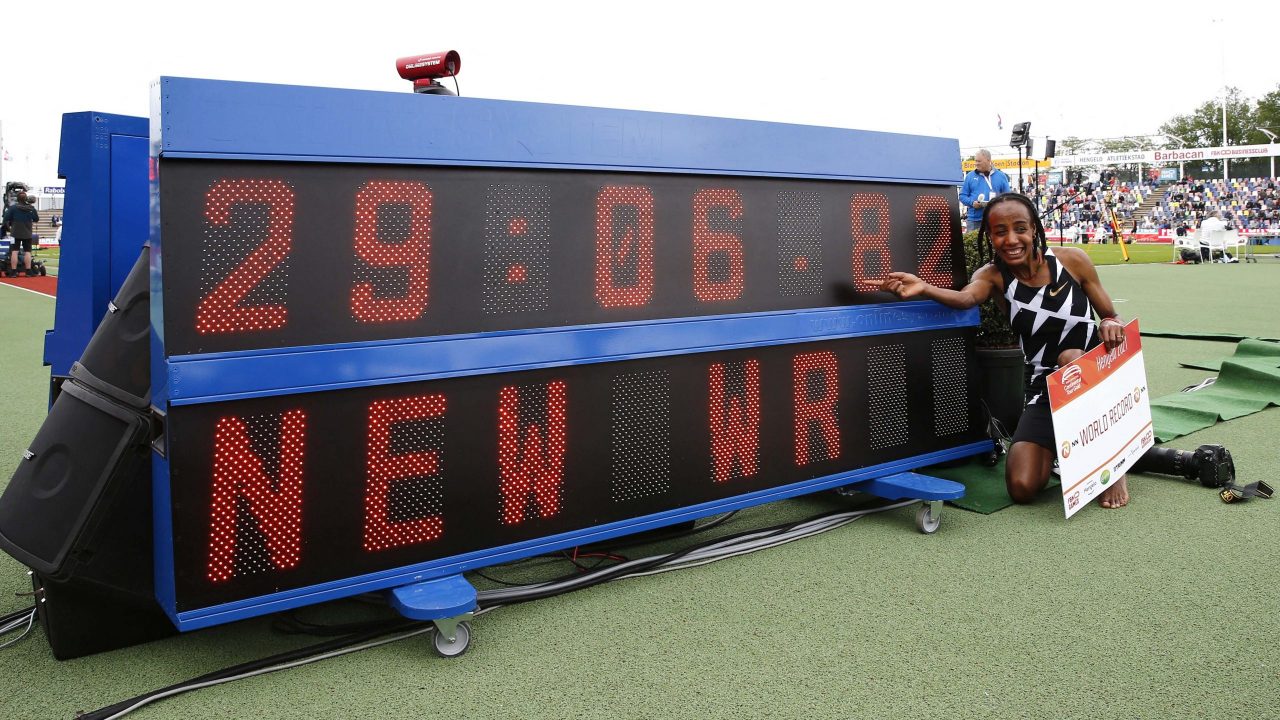 Sifan Hassan of the Netherlands fired a warning shot ahead of the Tokyo Olympics by setting a new world record in the women’s 10,000m on Sunday.

Hassan was aided by technology that lit up the track on world record pace as she ran.

“Wow! To run this world record here today in Hengelo is something I could only dream of,” said Hassan, who was born in Ethiopia, arrived in the Netherlands in 2008 at the age of 15 and received Dutch citizenship in 2013.

“It’s the perfect confirmation of the hard work we’ve put in getting ready for Tokyo. I am so happy to share this record in front of my Dutch fans. I am so happy!”

This was the fourth career world record for Hassan, who was coached by the now-banned Alberto Salazar.

The reigning world champion over 1500m and 10,000m has also posted world records over one mile, one-hour and 5km on the road.