Nigerian singer, Temilade Openiyi, better known as Tems has been nominated for the 2021 BET Awards.

The singer, together with other international artists got nominations for the Best New International Act award.

“Go to @BET_INTL to cast your vote,” the tweet said.

Popular Nigerian musicians, Wizkid and Burna Boy have also been nominated for the 2021 Bet Awards. 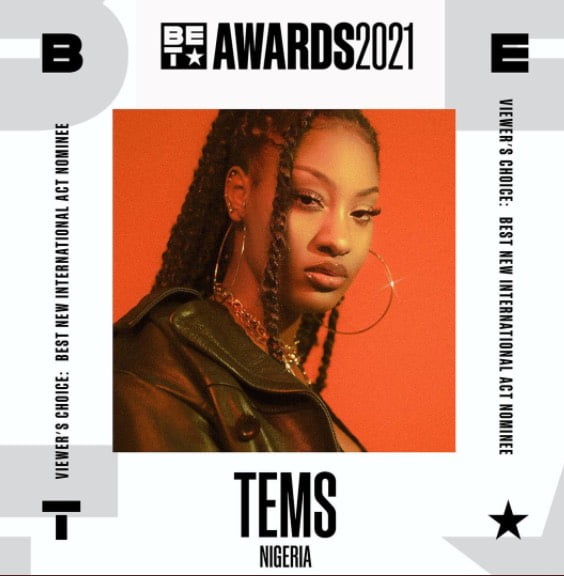 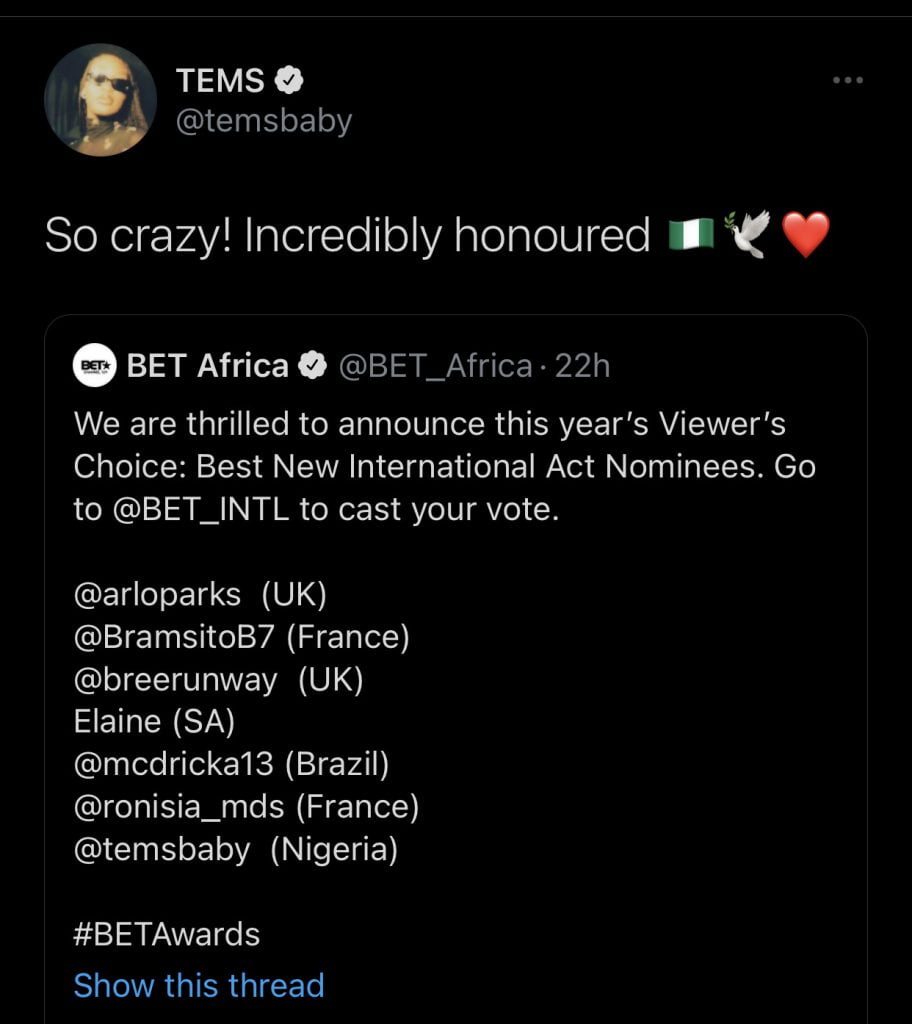