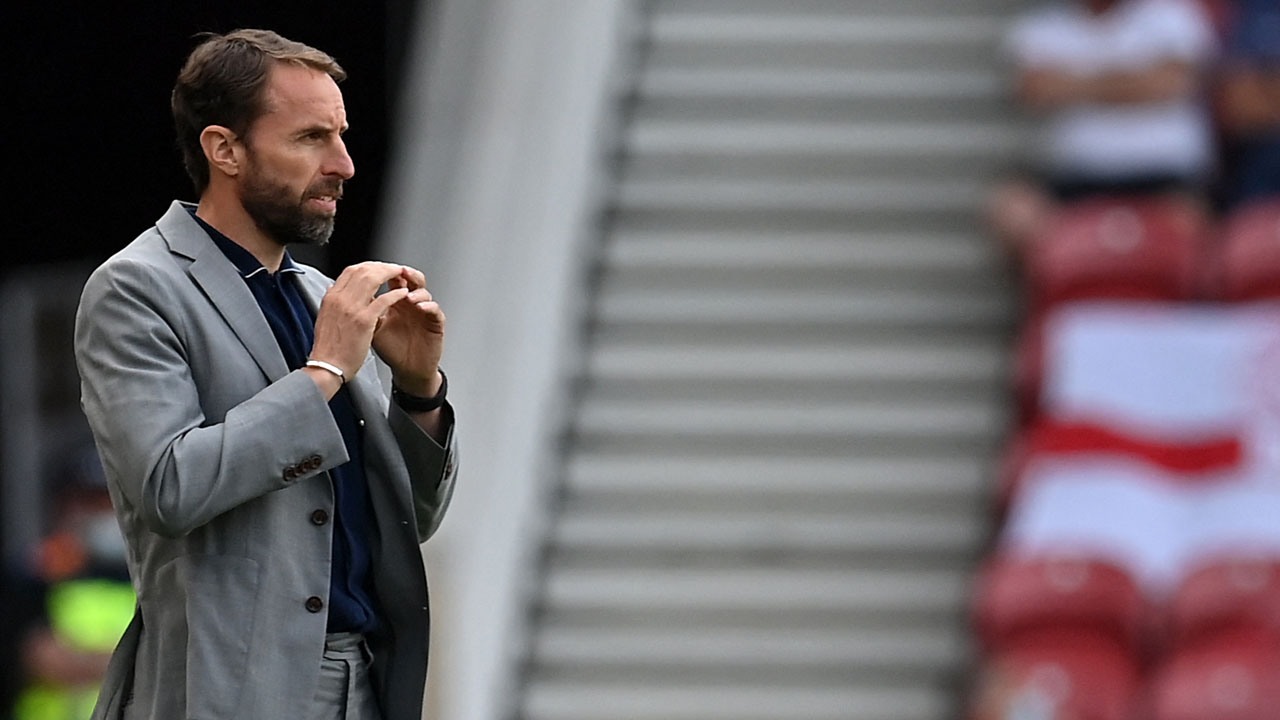 England’s manager Gareth Southgate looks on during the international friendly football match between England and Romania at the Riverside Stadium in Middlesbrough, north-east England on June 6, 2021. (Photo by Paul ELLIS / POOL / AFP) /

Gareth Southgate says his England players are “role models” as a row simmered over the team’s decision to take the knee at Euro 2020 to highlight the issue of racial injustice.

Southgate’s side were booed by a section of the crowd at Middlesbrough’s Riverside Stadium when they made the gesture before friendlies against Austria and Romania last week, though the jeers were drowned out by applause.

Premier League players have been going down on one knee before kick-off since George Floyd, who was black, was killed by a white police officer in the United States last year.

With fans now allowed back in stadiums in England after the easing of coronavirus lockdown restrictions, some politicians have voiced their opposition to the gesture.

The debate over the issue has provided an unwelcome distraction in the build-up to England’s opening game against Croatia on June 13.

All three of England’s group matches will take place at Wembley in front of crowds of 22,000 as part of a pilot scheme for the return of supporters.

Southgate, who had previously confirmed his side would continue taking the knee at the delayed European Championship, said the team had an important role to play.

“Our players are role models,” the England boss wrote in the Players’ Tribune. “And, beyond the confines of the pitch, we must recognise the impact they can have on society.

“We must give them the confidence to stand up for their teammates and the things that matter to them as people. I have never believed that we should just stick to football.”

He added: “It’s their duty to continue to interact with the public on matters such as equality, inclusivity and racial injustice, while using the power of their voices to help put debates on the table, raise awareness and educate.”

Southgate tried to heal a potentially divisive rift among England’s support and the players.

“There’s something I tell our players before every England game, and the reason that I repeat it is because I really believe it with all my heart,” he said.

“I tell them that when you go out there, in this shirt, you have the opportunity to produce moments that people will remember forever.

“You are a part of an experience that lasts in the collective consciousness of our country.”