The Devil Judge is a unique take on Social Justice and those in power. Moreover, Ji Sung and Park Jin Young, heading the main cast, have fans going crazy. After the two-year-long drought that Ji Sung left us with, he is finally back to claim his throne. Moreover, Park Jin Young, a loved member of the group GOT7, has impressed fans with his acting in just 4 episodes. Furthermore, The Devil Judge is set up in a dystopian South Korea that is neck-deep in an economic and social crisis. Amid this chaos, Kim Yo Han rises as the hero of the people. He is a merciless Judge whose courtroom is broadcasted live. However, the face of justice, i.e., Judge Kang, may be someone eviler than we can imagine. Keep on reading to find out everything you need to know about The Devil Judge Episode 6 Release Date. 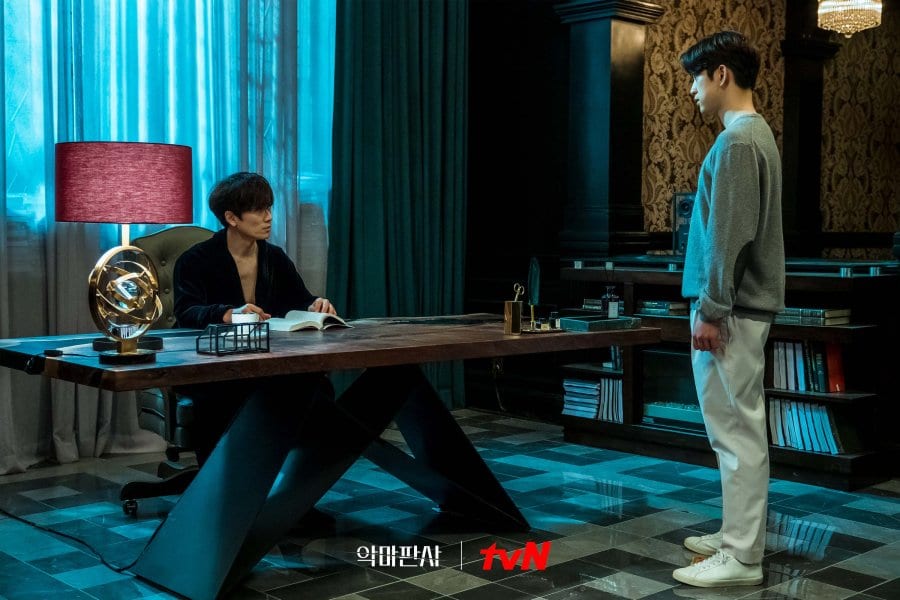 Kang Yo Han and Kim Ga On cr: tvN

Moreover, as the show airs on weekends, it always ropes in a large number of viewers. The Devil Judge has been gaining viewers and is one of the most popular South Korean dramas at the moment. Furthermore, new episodes of The Devil Judge are aired at 9 PM according to KST and 7:00 AM according to Central Daylight Time. The newly aired episodes are released on Viki soon after they are broadcasted.

The Devil Judge Episode 6: What to Expect?

It goes without saying that we can expect a lot from the next episodes of The Devil Judge. With how skillfully the brilliant screenwriter Moon Yoo Seok has written the story, it is very hard to know what is coming next. Furthermore, the writer is always one step ahead of the viewer and reveals just enough information to leave the viewers guessing. Moreover, Ji Sung plays the character of Kang Yo Han or The Devil Judge and is the epitome of mystery. 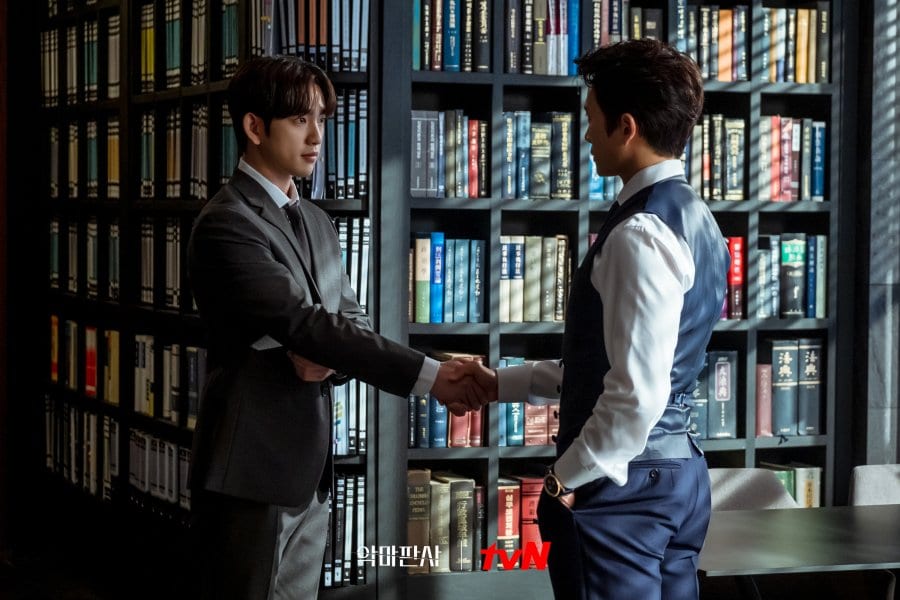 In the previous episode, fans got whiplash from how quickly he changes his personality. Furthermore, Kang Yo Han tells a moving story to Kim Ga On, where he is the victim and the hero. Although, as soon as he is done talking to Ga On and the camera pans closer to his face, he says ” People love stories like these”. This shot was wonderfully done and is a reminder of what an amazing actor Ji Sung is. We can expect Kim Ga On to dig around more about the Church incident in the upcoming episode.

Furthermore, Yo Han asks Ga On in the preview if he will choose to stand beside him or get in his way. Ga On’s choice will decide if he will be hunted down by Yo Han or gain more power. However, knowing Ga On’s character, it is safe to say that he will choose to be the good guy. The preview also indicates that Secretary Jung will join hands with Cha Kyung Hee. Mark The Devil Judge Episode 6 release date on your calendars, and tune in to watch without fail.