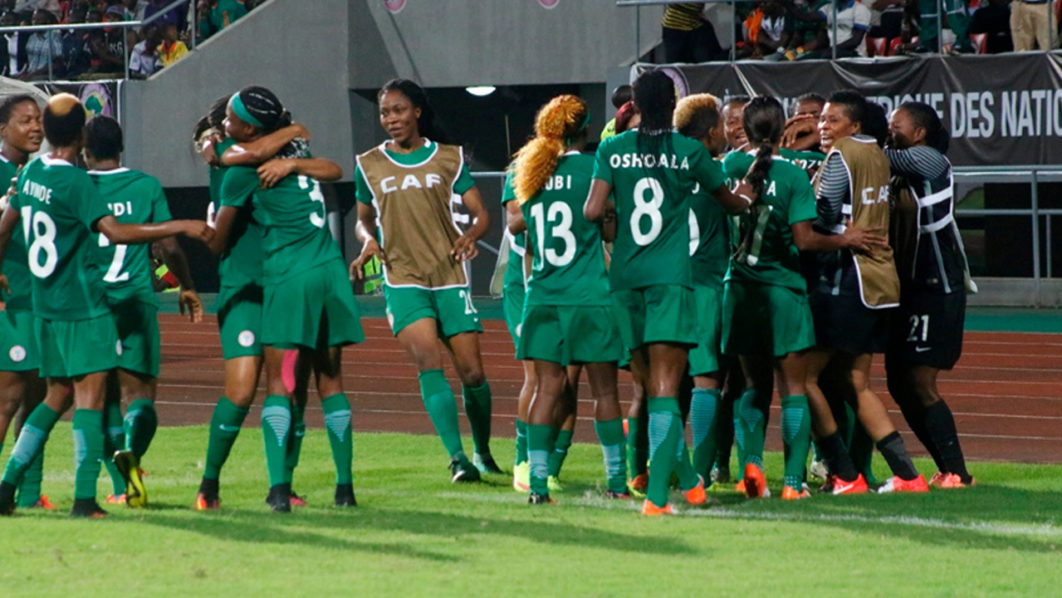 Nine-time African champions, Super Falcons of Nigeria, have arrived in the United States of America for this year’s Summer Series – a Four-Nation Tournament also involving hosts U.S., Jamaica and Portugal’s ‘A’ women teams.

A contingent of Nigeria-based technical crew and nine home-based professionals flew aboard a Delta Airlines flight on the long haul from Lagos to Atlanta and arrived in the capital of the State of Georgia yesterday morning. They were aboard another flight from Atlanta to Houston, in the State of Texas, hours after.

The team’s Head Coach, Randy Waldrum, an American, and a number of overseas-based players are expected to join up with the squad in Houston ahead of Nigeria’s first match of the series against Jamaica at the BBVA Stadium tomorrow.

Three days later, the Falcons, one of only seven teams to have featured in every edition of the FIFA Women’s World Cup finals since the competition was launched 30 years ago, will tackle Portugal at the same BBVA. Their last match is against the USA squad, four-time winners of the FIFA World Cup and four-time winners of the Olympic football gold, at the Q2 Stadium on 16th June.

Matches will be played at the BBVA Stadium in Houston and at the brand-new, $240million Q2 Stadium in Austin built by the newest club in the Major League Soccer, Austin FC. Both cities are in the State of Texas and the clash between the Super Falcons and the US Women A team will be the first-ever football match at the state-of-the-art Q2.

The U.S. is the only one of the four teams in the Summer Series that will compete in the 2021 Tokyo Olympics. The match against Nigeria will mark the first time the USA has ever faced the Super Falcons outside of a world championship and it will be just the third-ever friendly against an African country for the Americans, with the previous two coming against South Africa.