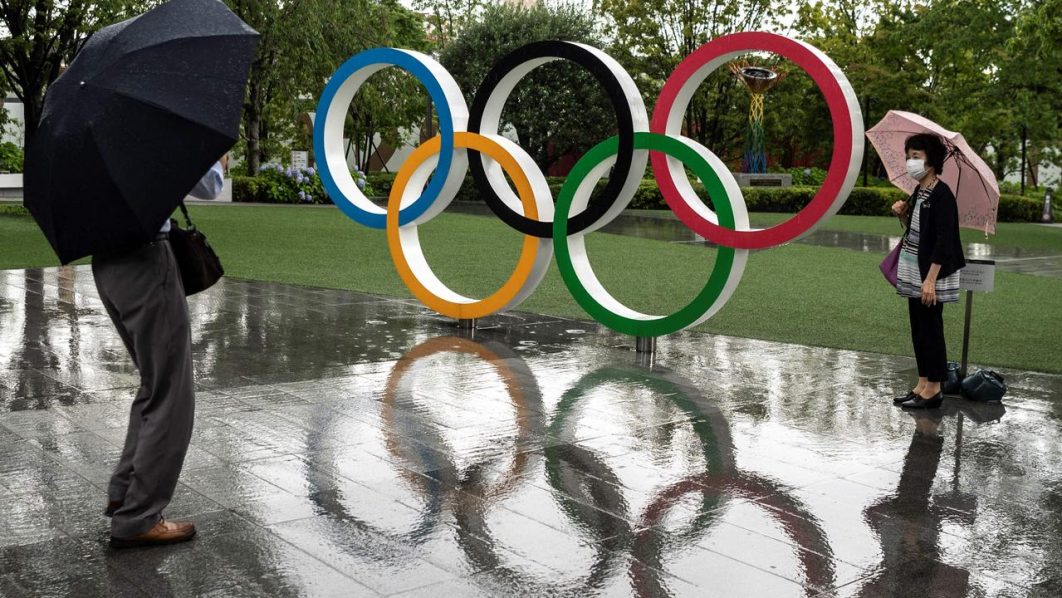 Olympic rings reflected in the rain near the National Stadium, main venue for the Tokyo 2020 Olympic and Paralympic Games, in Tokyo. Picture: AFP

Organisers of the Tokyo Olympics have issued a typhoon warning from 26-28 July 2021, but say a tropical storm expected to hit Japan on Tuesday, codenamed Nepartak, is unlikely to cause major disruption to the Games.

Rowing events and archery have already been moved, according to information obtained from the Tokyo Olympics’ official website, but there are no plans to move any other events unless the forecast changes.

Tropical storm Nepartak, had originally been forecast, but the storm has now been downgraded.

Nepartak was the reason why Olympics organisers had to reschedule rowing events from Monday to Sunday.

The weather has already been a factor at this year’s Olympics, with athletes competing in sweltering summer heat, with some analysts saying this may be the hottest Olympic Games on record.

On Friday, a Russian archer fainted in the sweltering Tokyo heat, while athletes and coaches have resorted to using cooling vests, fans and umbrellas to protect themselves.

The storm is just the latest challenge to hit the Games that had to be delayed a year because of the Covid-19 pandemic.