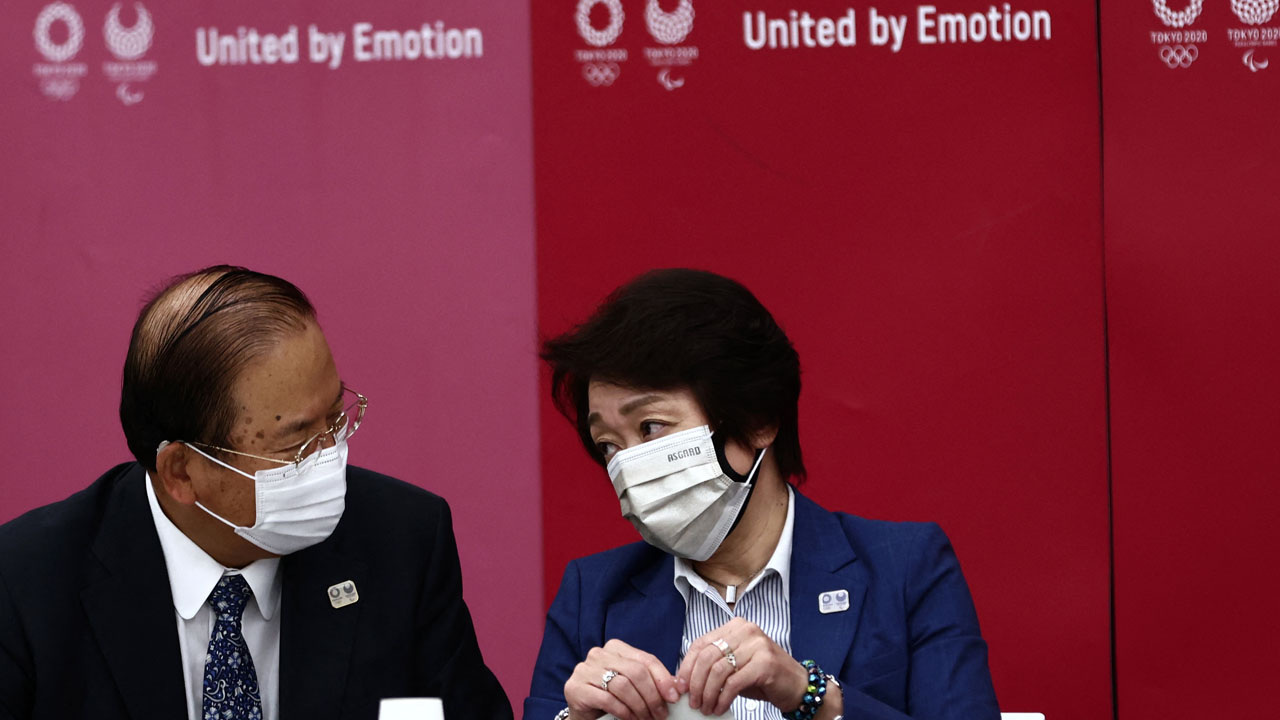 Tokyo Olympics organisers are considering vaccinating all 70,000 Games volunteers, CEO Toshiro Muto said Tuesday, in a bid to reduce infection risks with around six weeks until the sporting extravaganza.

And overseas journalists covering the event will have their movements tracked by GPS, Muto said, as Games officials try to reassure a sceptical public that the mega-event can be held safely.

Around 10,000 volunteers — who are vital to the smooth running of the Games — have quit over issues including virus concerns.

Muto said a plan to offer shots to volunteers helping at venues and the Olympic village was “definitely under discussion”, and could be widened to domestic media and other Japan-based participants.

“In terms of volunteers, especially volunteers who are bound to be near the athletes, we need to treat them as if they’re the same as athletes,” he said.

Japan has seen a smaller Covid-19 outbreak than many countries, but until recently its vaccine roll-out had been relatively slow. Around 3.5 percent of the population are fully vaccinated.

Japanese Olympic athletes have started to receive their jabs in a separate programme, part of an International Olympic Committee deal with Pfizer.

Muto said there was “a fair probability” that Games organisers could negotiate to expand that scheme beyond the current 20,000 athletes and staff if they decided to vaccinate all volunteers.

But with the clock ticking, he warned it would not be simple.

“If we’re going to give shots, we need to identify whether we can add those shots, or whether we have the system to back it up,” he said.

“Also, how far are we going to widen the scope? There are a number of things we need to consider.”

Organisers also warned that overseas journalists coming to Japan to cover the Games would be subject to strict controls on movement.

About 6,000 reporters visiting Japan for the Olympics must provide a detailed list of areas they will visit for their first two weeks in Japan, such as sports venues and hotels.

And Muto said smartphone tracking technology would be used to make sure they only go where they are supposed to.

“Using GPS, if they go to places outside their planned destinations, that would become very apparent,” said Muto.

“If they go places they’re not supposed to, we are definitely concerned that it would heighten the risk.”

Reporters will be asked to stay in designated hotels rather than private lodgings, he added.

The number of hotels will be reduced from an originally planned 350 to around 150, he said, as organisers try to keep visitors under close supervision.

“Given the current state of the pandemic, I think this is a tolerable restriction on activities,” said Muto. The GPS plans will be detailed in updated rulebooks to be released soon.

Athletes will also face tight restrictions on their movements as well as being tested daily for the virus.

Overseas fans have already been banned from attending the event, and organisers will decide later this month how many domestic spectators — if any — can watch the competitions.

National polls have tended to show that most respondents oppose holding the Olympics this summer, backing either a further postponement or cancellation.