Cruella has finally released! This is a piece of very exciting news for all Disney enthusiasts who have been waiting for the movie to release since it was first announced in 2019. Disney’s Cruella had wrapped up filming in 2019 and was initially slated for a December 2020 release. But it was postponed to May 2021 following the halt in the post-production process due to the COVID-19 global pandemic. The movie released in the United States on the 28th of May 2021. In our article today, we have a list of the top 10 movies that you must watch if you loved Cruella.

Before we move on to our list, let us give you a little context about Cruella. Cruella is about a young and talented fashion designer – Estella, and her relationship with her bitter and narcissistic boss Baroness von Hellman. What is interesting is, Estella’s boss also happens to be her biological mother. Did you love the plot? We sure know that we did. And if you loved Cruella, make sure you watch the next 10 movies too. Read on to find out more.

When it comes to mother-daughter stories, one simply cannot ignore Disney’s 2015 masterpiece – a rendition of the fairytale Cinderella. The storyline is from the original classic. We see Lily James as Cinderella and the legendary Cate Blanchett as the stepmother. Make sure you watch this movie if you loved what Cruella had to offer. 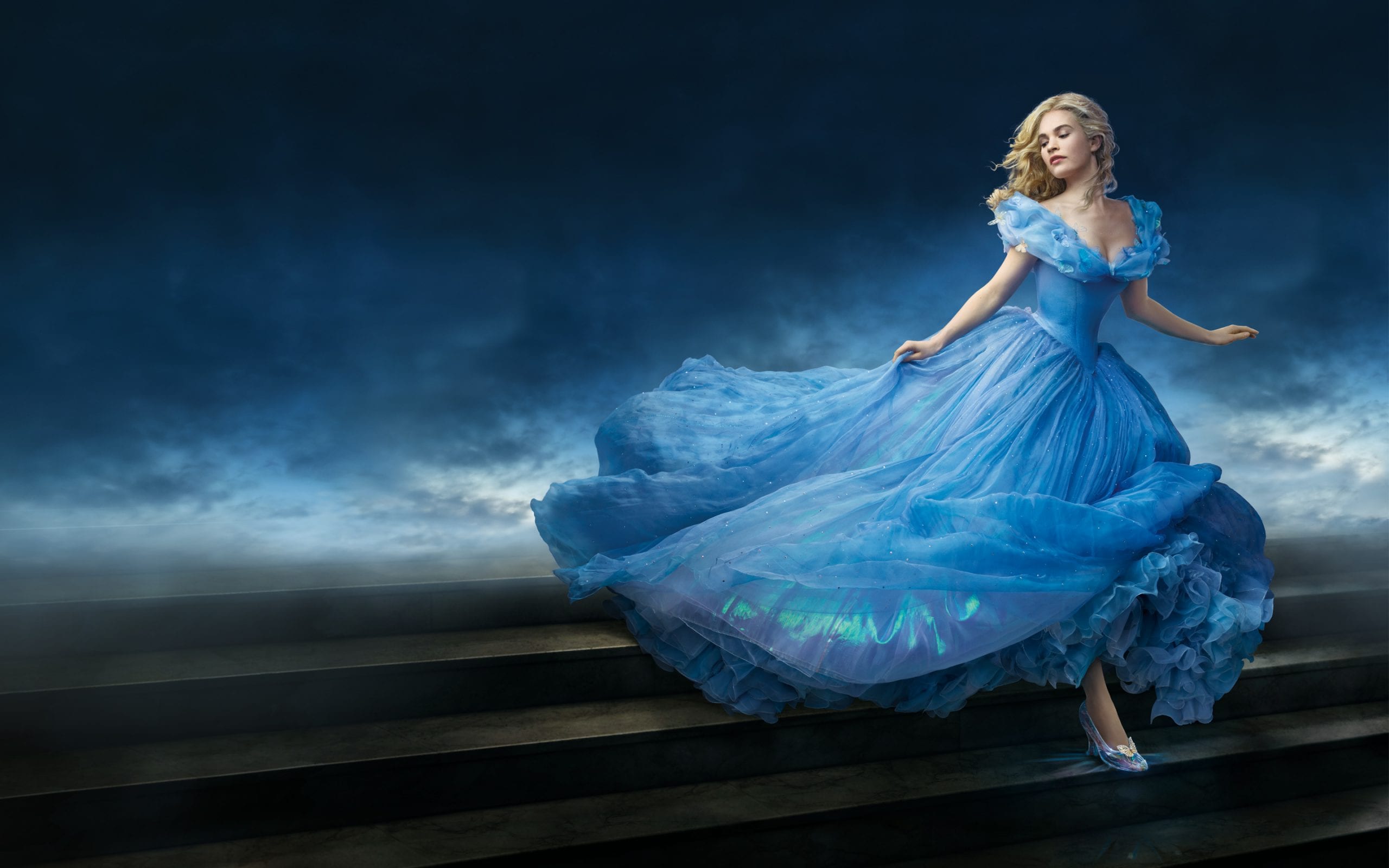 Lilly James in and as Cinderella

The Favourite has often been regarded as one of the best movies of our time. It has been felicitated with numerous awards including an Academy Award for Best Actress. The Favourite is actually a period dark comedy that is set in the 18th century. The story is about the lives of three cousins who want to become a confidante to the queen. The series of incidents that follow as they pursue their goals is hilarious.

A Still From The Favourite

If you are a fan of classic fairytales, you will have most definitely heard of Sleeping Beauty’s story. Maleficient is based on the life of the evil fairy who cast a spell on Princess Aurora. Interestingly, the 2014 movie where actress Angelina Jolie played the lead role took a different approach to the character. Here, the witch is actually misunderstood as she tries to keep her world separate from that of humans. A Still From Maleficient

The movie – Into The Woods was made by Disney in 2014. It is a musical fantasy film. The movie won several prestigious accolades including a Supporting Actress nomination in the Academy Awards for Meryl Streep. The movie is about a couple who are unable to have any children. This unfortunate fate befalls them after they are cursed by a Witch. The only way to uplift this curse now is by collecting four items for the Witch to make a potion. A Still From Into The Woods

5. Beauty And The Beast

Another fairy tale on our list. Everyone knows The Beauty And The Beast. The 2017 movie starred Emma Watson and Dan Stevens in the lead roles. It was a blockbuster and earned over $1 billion worldwide. It is a rendition of the classic fairytale where Belle falls in love with a Beast who holds her hostage. 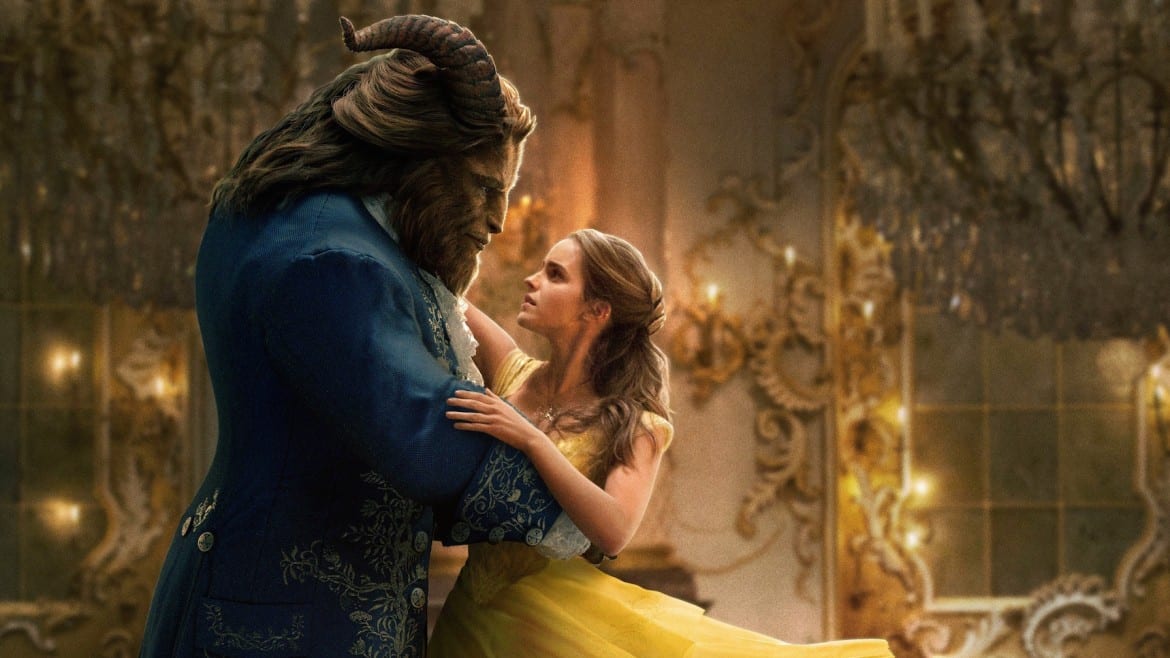 A Still From The Beauty And The Beast

The Devil Wears Prada is another hilarious story of a boss and her relationship with her secretary. Starring Meryl Steep and Anne Hathaway, the movie is about a famous fashion magazine editor and her amateur secretary. Streep helps Hathaway become just like her boss – powerful, confident, and fierce. However, this whole journey leads to the secretary’s makeover as she also finds herself and what she truly wants in life – not a career in fashion. 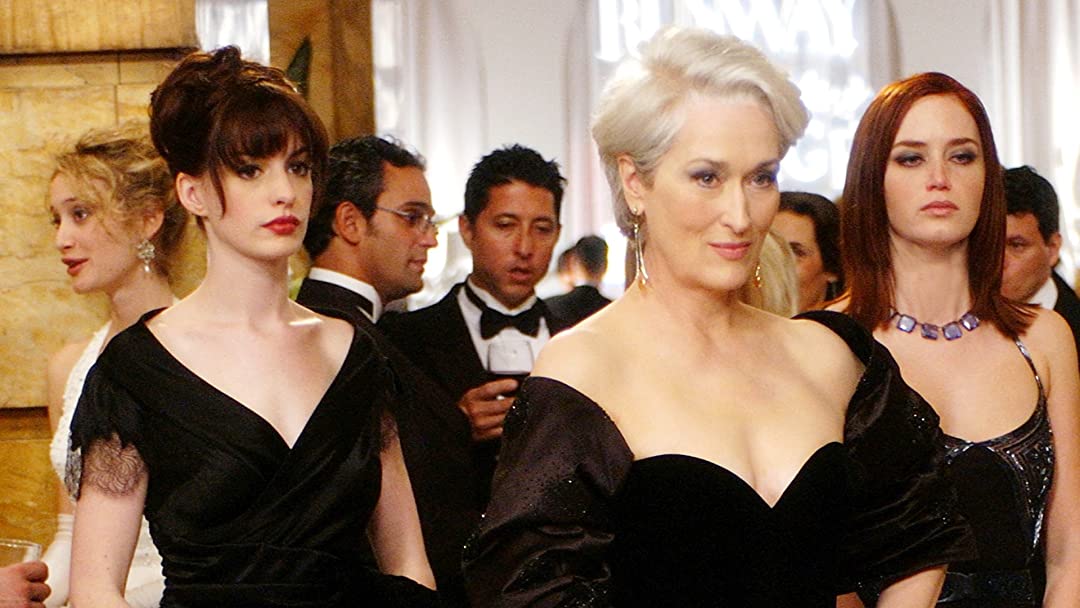 A Still From The Devil Wears Prada

Again an Anne Hathaway masterpiece. The Intern is about an old man – Robert De Niro who joins Hathaway’s start-up. Her company is something she has built from scratch. Yet, her investors feel that she must give up her CEO position to focus better on her family. Meanwhile, De Niro finds that her husband is cheating on her. The rest of the movie is Jules’ (Hathaway) story of finding the best work-life balance. A Still From The Intern

The Proposal stars Ryan Reynolds and Sandra Bullock in the lead roles. Bullock is a Canadian citizen whose visa in the US has expired. However, her entire life is in New York City. So in order to continue residence in the United States, she must get married to a US citizen. That’s when her secretary, who she doesn’t like very much – Ryan Reynolds comes into the picture. The rest of the story is about them actually falling in love while pretending to be so. 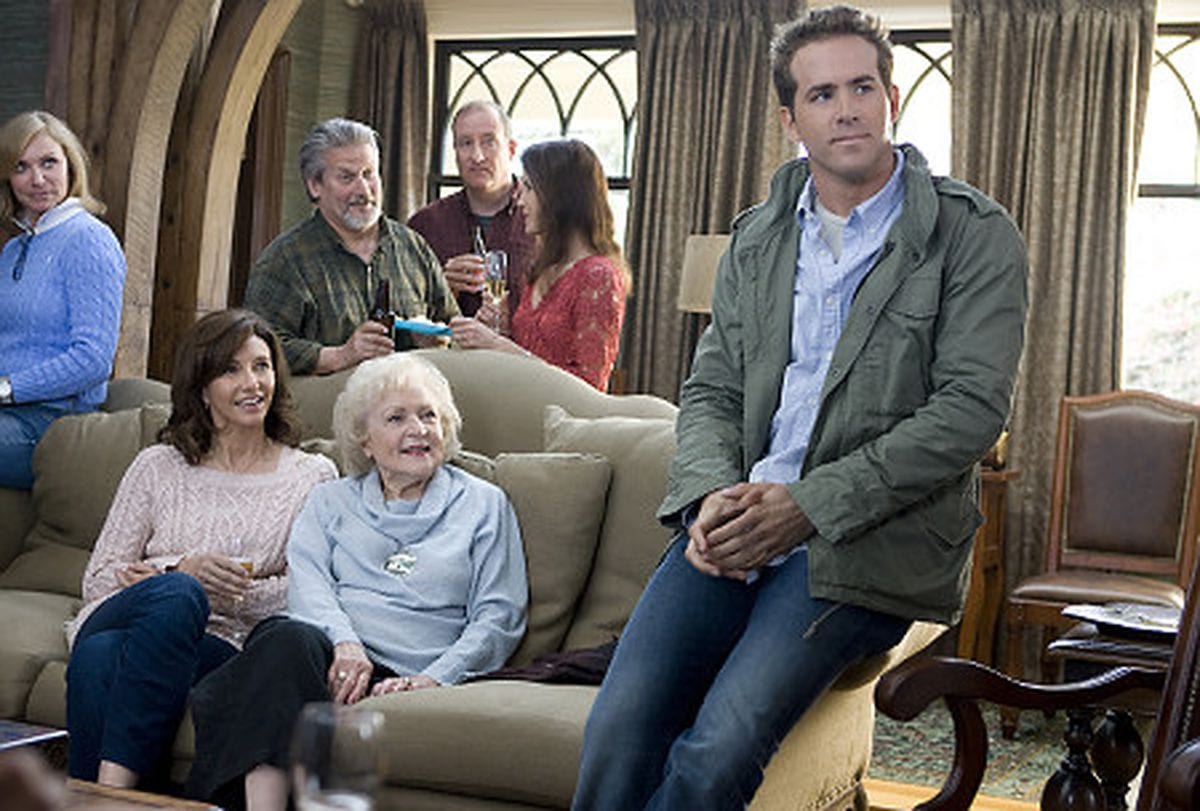 A Still From The Proposal

The inclusion of this movie in our list might come as a surprise to you. But how could we not? It is, after all, one of the best movies out there on the mother-daughter relationship. If you enjoyed Cruella, you are bound to enjoy Mamma Mia! The movie mainly surrounds the life of a 20-year old wife who tries to find her father, without her mother’s knowledge. This movie stars Meryl Streep as the mother and Amanda Seyfried as the daughter. 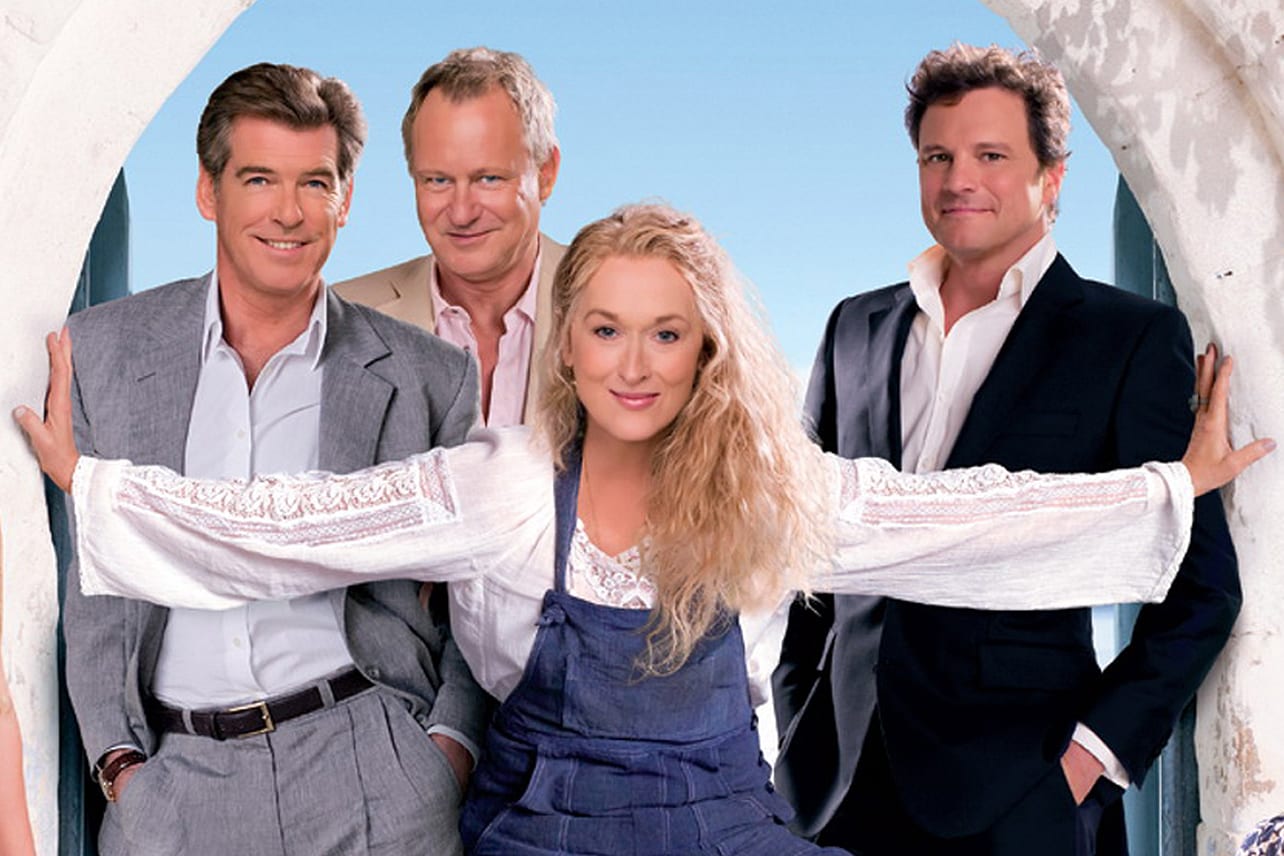 The Cast Of Mamma Mia

Little Women is based on  Louisa May Alcott’s American classic novel of the same name. The movie came out in 2019. It is about four sisters and their different priorities in life and expectations from it. Little Women is very interesting to see the 19th Century American society in full bloom in the movie. It gives us an idea of how American women lived back then. 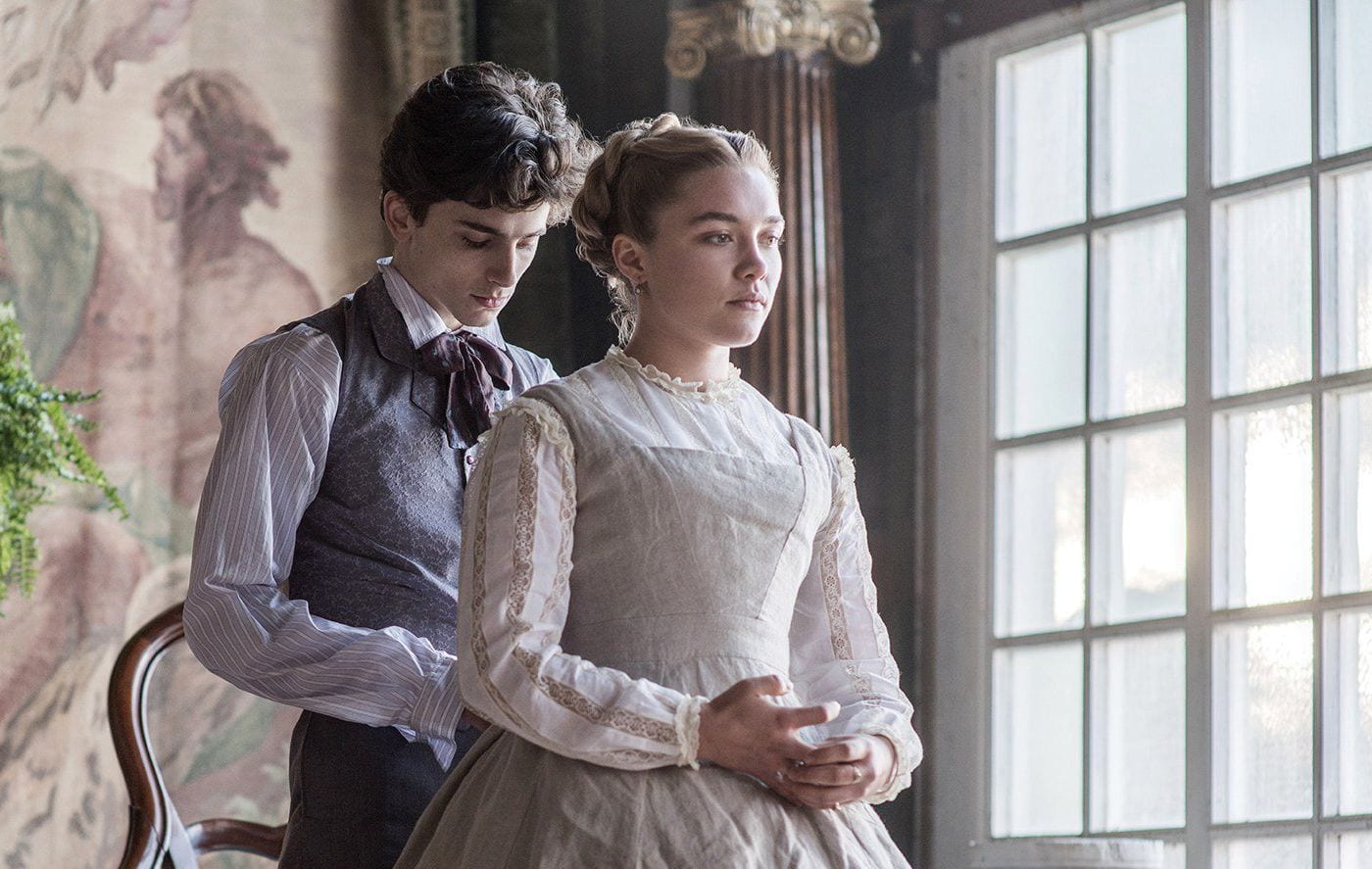 A Still From Little Women