This move is in solidarity with the Federal Government’s suspension of the operations of the micro blogging and social networking service, Twitter.

The Nation reports Malami had last week given directives concerning prosecuting Nigerians flouting the Twitter suspension by using the Virtual Private Networks to access their accounts.

Minister of Information and Tourism, Lai Mohammed had announced the “indefinite” suspension in a statement last week by his spokesman Segun Adeyemi. 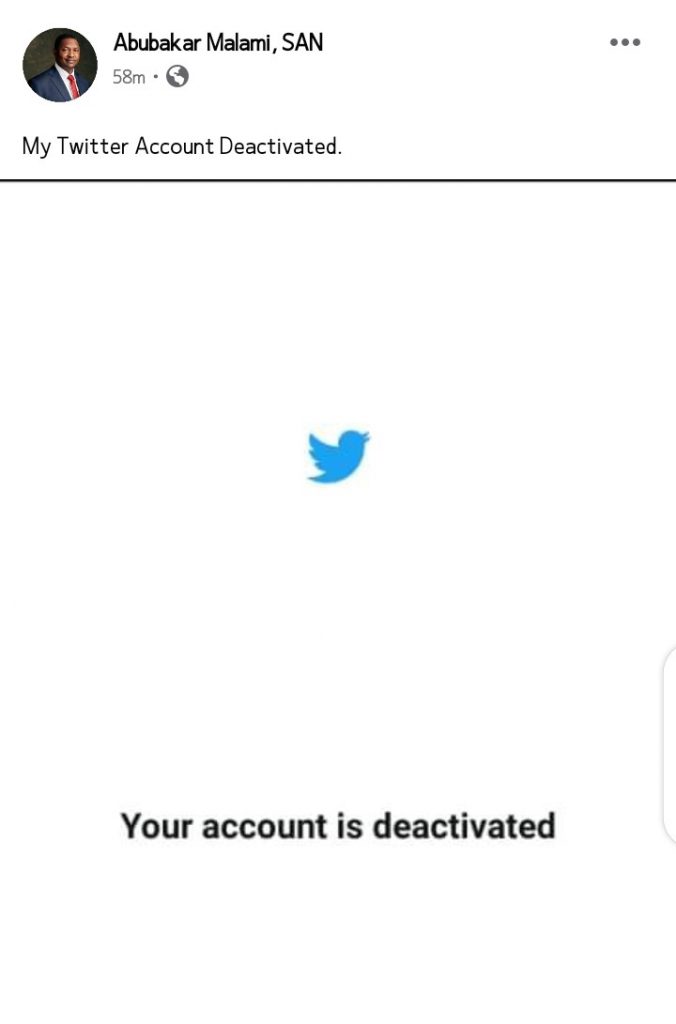