Two persons died and many others were injured on Wednesday in the Federal Capital Territory (FCT) when a high capacity tanker conveying domestic gas collided with a golf three car.

The accident, said to have occurred around 1am, caused unprecedented traffic gridlock along Constitution Avenue, very close to the popular Church gate junction in Central Business District.

Confirming the incident, the Operation Officer, Asokoro Unit of the FCT Fire Service, Ahmed Katsina, said the tanker had a head-on collision with the car believed to be on a high speed.

He stated the two deceased whose identity weren’t disclosed have been retrieved from the charred vehicle and handed to road safety personnel. 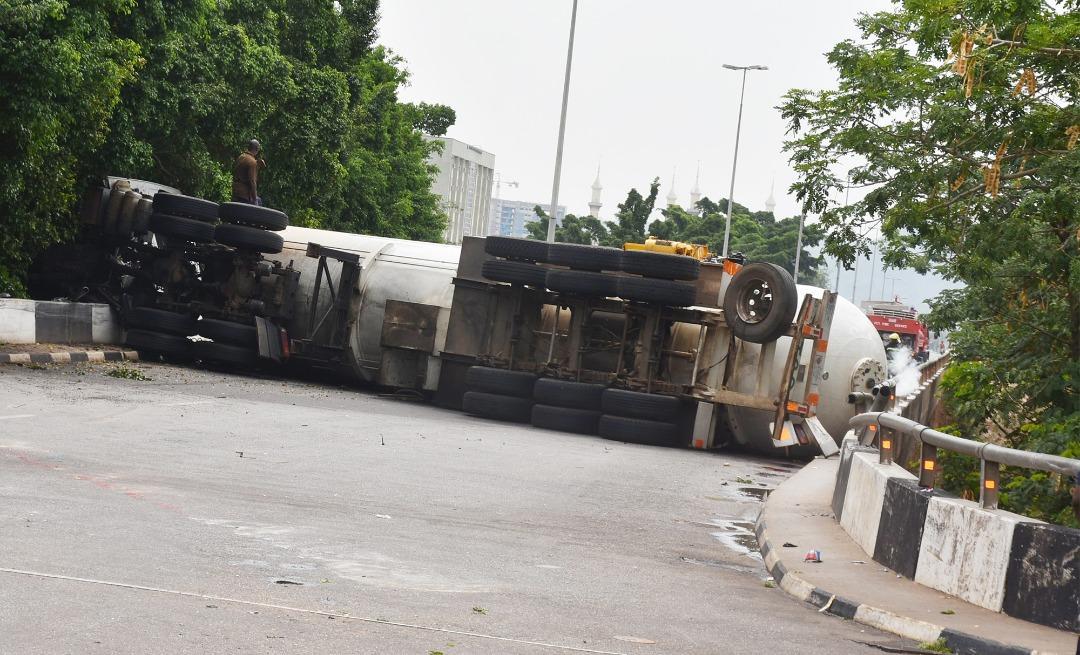 According to him, the fallen tanker had also been evacuated from the scene with the help of FRSC officers.

“Two persons died from the accident that happened around 1am in the morning. It was a tanker carrying domestic cooking gas that collided with golf three.

“According to eyewitnesses, both vehicles were at high speed. The fallen tanker had started leaking and was very dangerous, so we quickly sought an immediate solution, which was to quickly remove it,” Katsina said.