Wales were ‘brave’ in salvaging draw with Swiss, says Bale 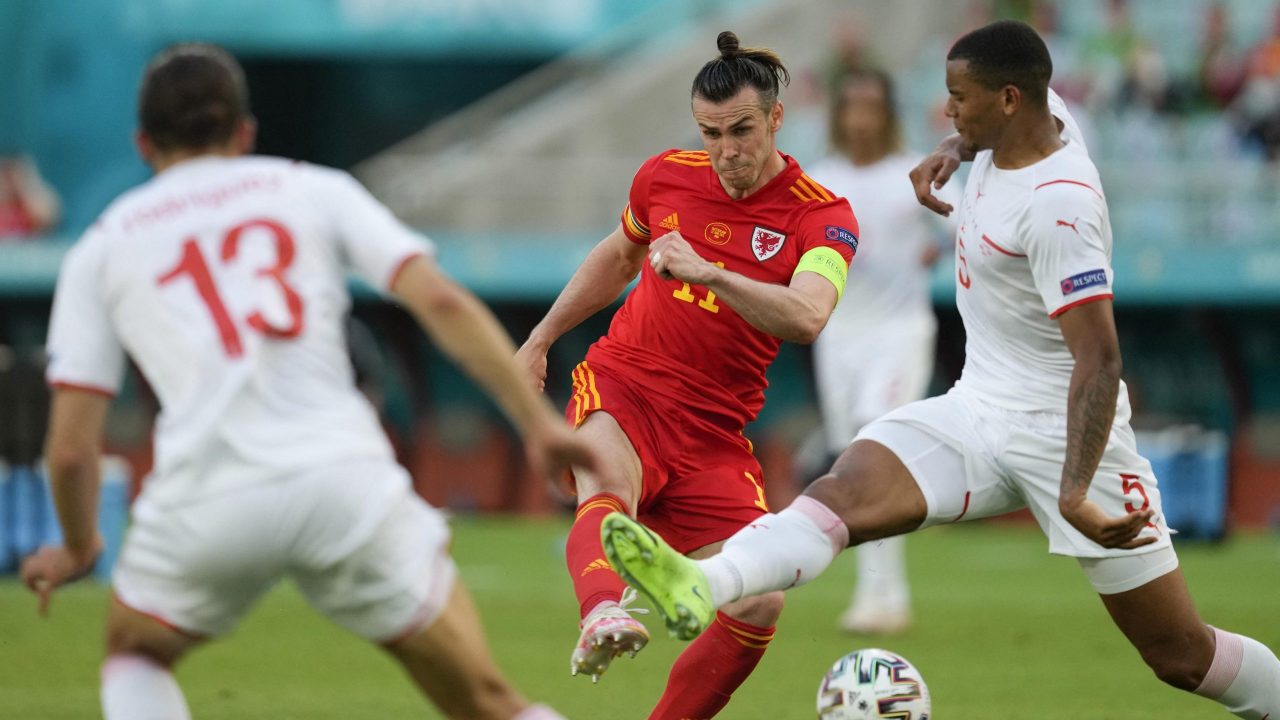 Wales’ forward Gareth Bale (C) attempts a shot as he is marked by Switzerland’s defender Manuel Akanji (R) during the UEFA EURO 2020 Group A football match between Wales and Switzerland at the Olympic Stadium in Baku on June 12, 2021. (Photo by Darko Vojinovic / POOL / AFP)

Wales captain Gareth Bale said his side were “brave” in the 1-1 draw with Switzerland in their opening game of Euro 2020 in Baku on Saturday.

Striker Kieffer Moore, standing at 1.95m tall, equalised in the 74th minute after Breel Embolo opened the scoring just after the break.

“We’re not too disappointed with the draw, it could have been worse,” Bale told S4C.

“They’re a top 10 team in the world, they’re there for a reason so we knew in parts we would have to suffer and work hard as a team.

“The best thing for us was to go 1-0 down. We showed a lot of character, like we always do, to fight back, be brave, get on the ball and get the equaliser.”

Switzerland striker Mario Gavranovic had a potential winner chalked off by VAR for offside after he had edged ahead of Wales back four.

“Over the past year I’ve hated VAR but by now, I love it now, fair play,” Wales midfielder Joe Allen said.