Home » ‘We got Christian back’ – Denmark doctor after Eriksen collapse

‘We got Christian back’ – Denmark doctor after Eriksen collapse 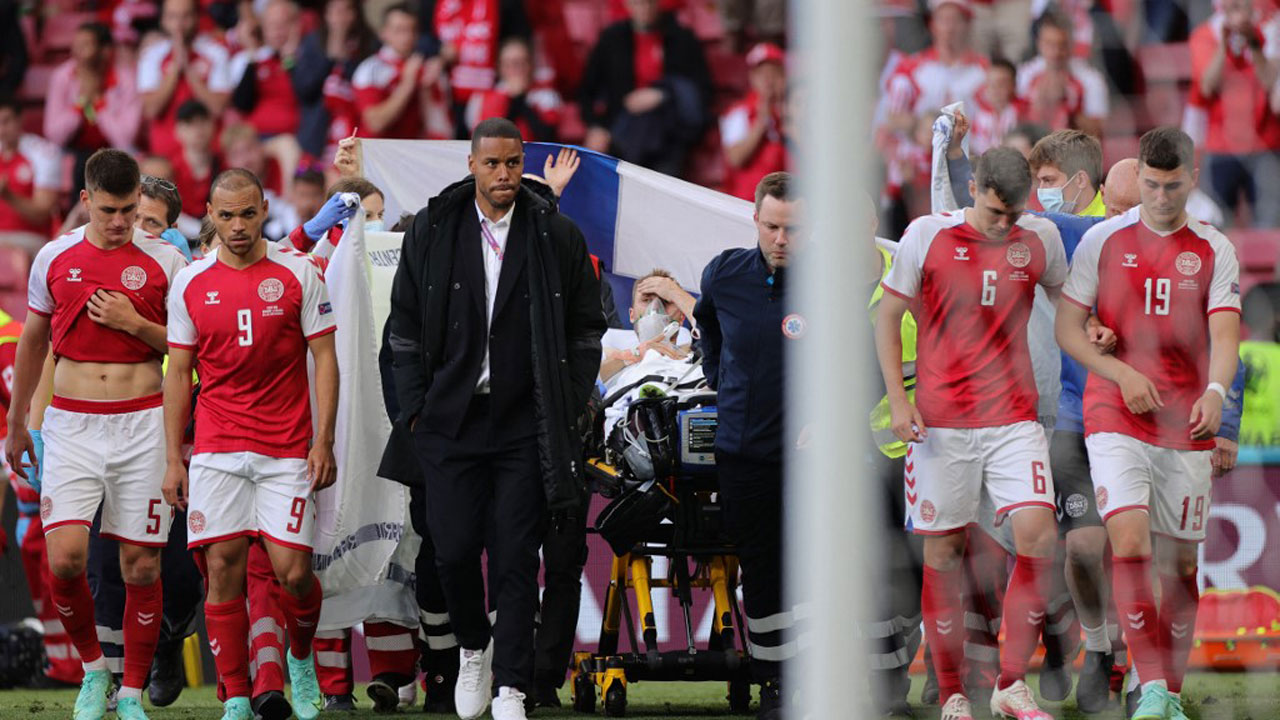 Denmark’s players escort Denmark’s midfielder Christian Eriksen (C) as he is evacuated after collapsing on the pitch during the UEFA EURO 2020 Group B football match between Denmark and Finland at the Parken Stadium in Copenhagen on June 12, 2021. Friedemann Vogel / AFP / POOL

Denmark’s team doctor described the harrowing moment he realised Christian Eriksen’s pulse had stopped as medics worked desperately to save him in front of traumatised players and a stunned crowd on Saturday.

Medics gave the Inter Milan midfielder CPR on the pitch after he collapsed during the Euro 2020 match against Finland in Copenhagen and he was later said to be “awake” in hospital and his condition had stabilised.

“We were called on the pitch when Christian fell down, I didn’t see myself but it was pretty clear he was unconscious,” doctor Martin Boesen told a post-match media conference.

“When I get to him, he’s on his side. He is breathing and I can see pulse but suddenly that changes, and as everyone saw we started giving him CPR.

“The help came really, really fast from the medical team and the rest of the staff, and with their cooperation we did what we did to do. We managed to get Christan back.”

Denmark coach Kasper Hjulmand heaped praise on his team after they returned to the field to complete the match after many were visibly distraught at Eriksen’s plight.

“Everyone agreed to play, and what we tried to do was incredible,” said an emotional Hjulmand.

“We have a group of players I can’t praise enough. I couldn’t be prouder of these people who take such good care of each other.

“They decide first of all not to do anything until we were sure that Christian was conscious, and that everything was OK.

“So we had two options, either finish the game tonight or play tomorrow at midday. Everyone agreed on playing today… The fact that the players tried to play the second and dominate… I’m very affected.

“All our thoughts and prayers are to Christian and his family right now. He’s one of the best players there is and he’s an even better person.”