The hit FX comedy series is coming back with its third season. What We Do in the Shadows season 3 release date, and a brand new teaser is dropped by the network. So, are you waiting for the new season of the Vampire comedy-drama? The group of Staten Island vampires is ready to make you laugh with their fangs in the upcoming September. What We Do in the Shadows season 3 was renewed on 20th May. Hence, the fans have been waiting for the new batch of episodes for over a year. After leaving us all with a major cliffhanger in the season 2  finale, there are many questions that need to have some answers in season 3.

What We Do in the Shadows is based in Staten Island, where three traditional vampires live together. The show surrounds the activities of the three:  Nandor, Laszlo, and Nadja. We also see the old-centuries vampires interacting with the new modern world.

The offbeat mockumentary also serves as the spin-off to the Jermaine Clement and Taika Waititi film of the same name. The FX series has received numerous praises from critics and audiences. Moreover, it has an approval rating of 94% on Rotten Tomatoes. Some also call the show “Delightfully absurd, and ridiculously funny.” So, if you are looking for an offbeat and fun show, make sure to watch the vampire comedy.

What We Do in the Shadows Season 3 Release Date

What We Do in the Shadows Season 3 is releasing on 2nd September 2021. FX renewed the show for season 3 shortly before season 2 arrived in the UK. The cast of the show also shared the news in their style.  Mark Proksch, who plays Colin Robinson, the hilarious dull vampire, said that more silliness is on the way. Even the guest star and Star Wars alumni, Mark Hamil, shared the news online. 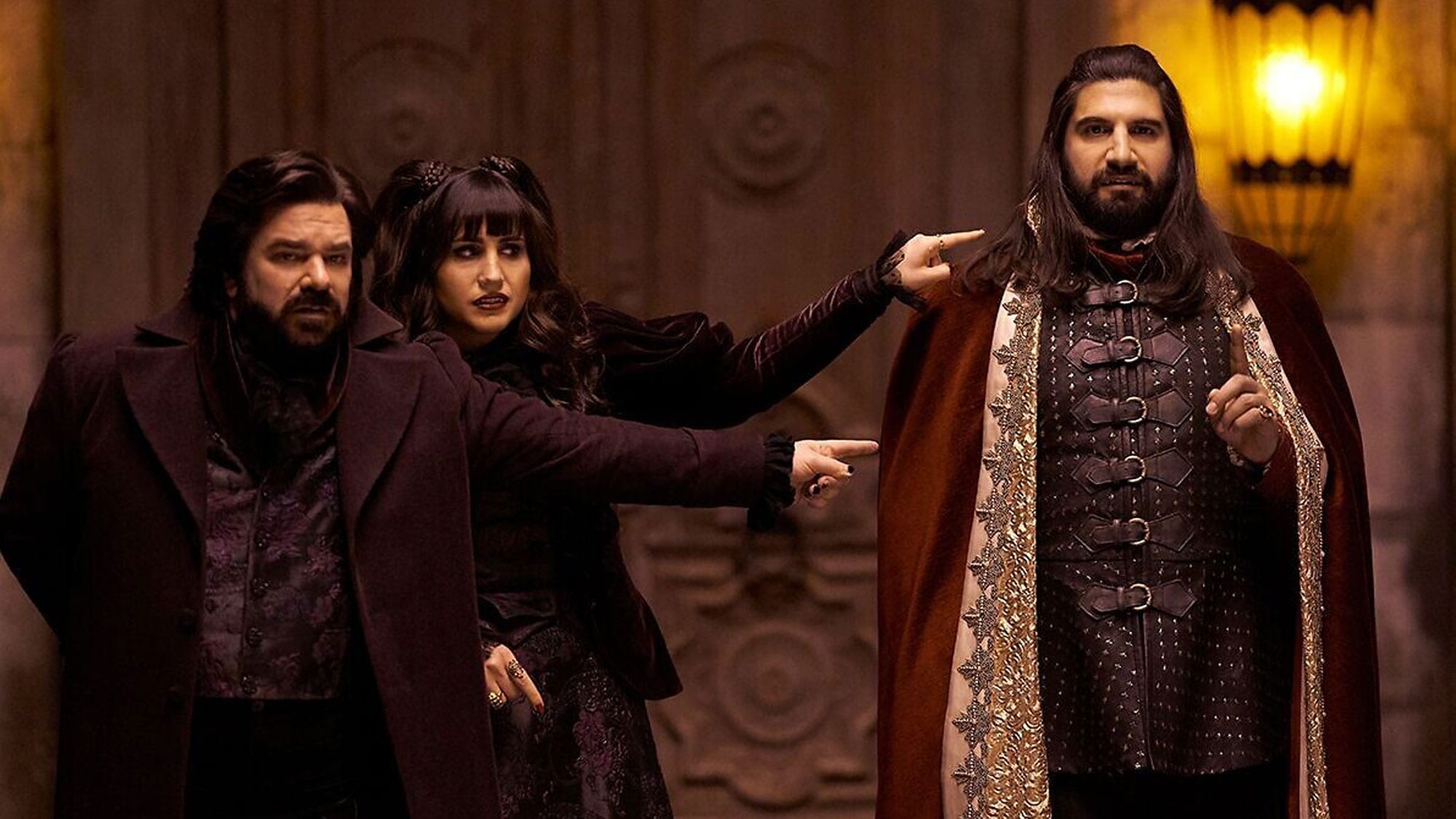 Still from What We Do in the Shadows cr: FX

Season 3 will also have ten episodes, just like the former two seasons.  And the first two episodes will air back-to-back on Thursday, 2nd September. Sadly, there is no update on when the upcoming season will land in the UK. However, deciphering the former two seasons, we can expect it to release in the UK after two months of its premiere in the US. In the US, the first two seasons premiered on BBC Two network. And we presume the third will also arrive on BBC Two.

Filming for the show faced problems just like the other projects. Because of the ongoing pandemic, the filming was pushed back. But, in February, showrunner Paul Simms told Deadline that the actors had read nine out of ten scripts of the show.

We will be witnessing all the primary characters of the show. Thus, all the regulars from seasons 1 and 2 will reprise their roles. The cast line-up for season 3 includes Kayvan Novak (Nandor the Relentless), Matt Berry (Laszlo Cravensworth), Natasia Demetriou (Nadja), Mark Proksch (Colin Robinson), and Harvey Guillén (Guillermo). FX has not released the list of potential guest stars this season. But, we might see Jake McDorman returning as Jeff Suckler – the reincarnation of Nadja’s former love Gregor.

Earlier, in the PaleyFest in March, Paul Simms revealed that a new character would be joining the season for a long run. And it is some who we all know and love. A brand new teaser is released for season 3. But, it does not feature our mystery man. It appears as if we may have to wait until the season to the premier.

Season 2 left us with a cliffhanger in the finale of season 2. We found Nando’s loyal familiar Guillermo (Harvey Guillén) killing the Vampire council with his inherited vampire hunting skills. While being in an interview, Simms cleared that season 3 will pick directly from where season 2 left the audience. He said that things will go according to now that Nandor, Laszlo, and Nadja have learned that Guillermo is a former Vampire slayer. Moreover, we will see how the Vampire Community will behave with the unusual trio. 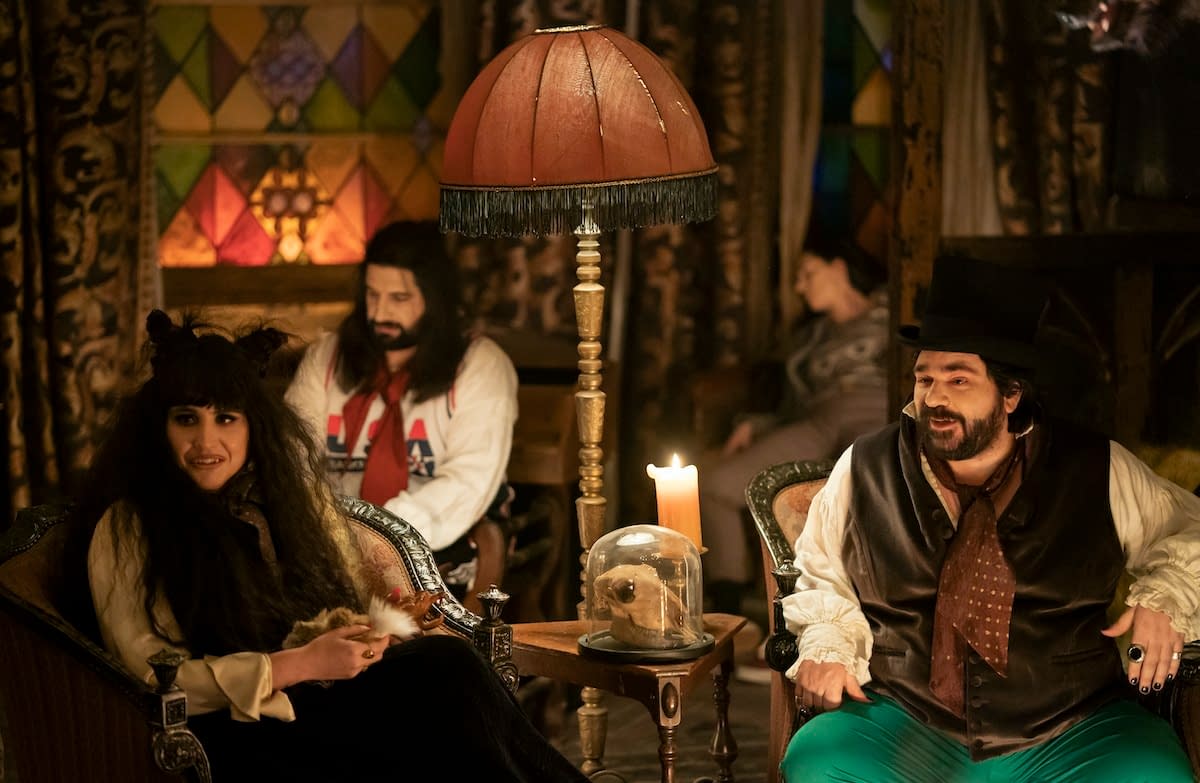 The brand new teaser does not tell us much about the cliffhanger, and it is after the story. All we see in the short video is our blood-sucking creatures of the night roaming in broad daylight. It looks like Nandor is experiencing virtual reality because vampires still cannot walk in the sunlight.

We will have to wait for the next trailer to unsolve our mysteries. Until then, watch the show here.

Also Read: All Or Nothing Arsenal: When Will The Series Premiere?