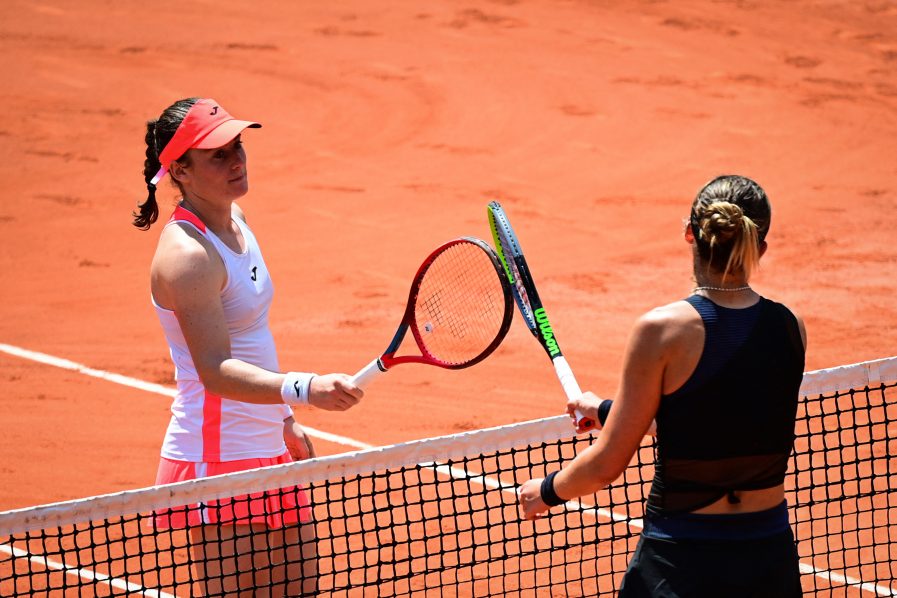 Zidansek lost her serve to concede the opening game and Badosa held to lead 2-0. Zidansek also lost the third game on her serve but got the fourth game on a break of Badosa’s serve and held for 3-2. Badosa conceded the sixth game for three-all. Zidansek battled long to take the ninth game to lead for the first time. She won a short 10th game while her opponent battled to take the 11th game and broke Badosa to win the set 7/5 after 52 minutes.

In the second set, Zidansek led 4-2 but Badosa won four straight games to win 6/4. In the third set, Badosa broke Zidansek and held for 2-0 but conceded a break in the fourth game to 2-2. Tamara held serve to lead 3-2. Badosa won the sixth game with two forehand winners. Both players held serves to five-all.

When Zidansek won the 11th game, Badosa flung her racket and it barely missed the lady line judge. Badosa recovered from a double fault to level six games apiece. Zidansek survived a break threat at 30-40 and took the game on the third advantage point.

Serving to save the match, Badosa missed a drop shot to 15-all and lost the game, set 8/6 for the match.

Rybakina won the first set in a tiebreaker. Anastasia won the second set 6/2. The first time Rybakina lost a set in the tournament. The third set was a seesaw all the way. Anastasia held to lead 7/6. Serving to save the match, at 30-all Elena floated a short ball that Anastasia hammered for a winner to reach match point. When Elena missed her first serve, the scanty stadium crowd was eerily silent. Then she made a double fault to lose the game and epic match.